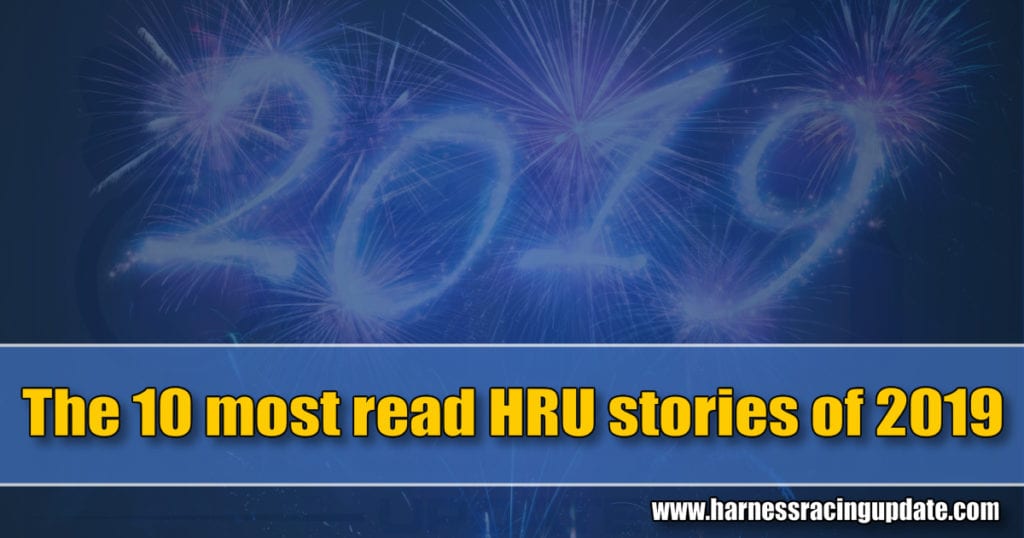 A special thank you to our advertisers, readers and contributors for the continued growth of HRU, which has added 2,000 subscribers (an increase of 34 per cent) in four years.

Happy New Year! All of us at Harness Racing Update (HRU) send our deep gratitude to our advertisers, readers and contributors for the support in 2019.

In the four years since the new management took over HRU in January of 2016, we have gained almost exactly 2,000 HRU subscribers, an increase of 34 per cent.

According to an article called Email Marketing Benchmarks on GetResponse, the average open rate for email campaigns is 21.6 per cent and the average click rate is 14.7 per cent.

HRU continued to post steady growth in other areas, as well. In 2018, we launched our popular broadcast division (on YouTube) with 2-year-olds in Training and sales coverage. In 2019, combining videos posted on YouTube and Facebook, HRU videos were viewed nearly 84,000 times, total.

Also, the number of people that like our Facebook page has organically grown (not paid) by more than 2,000 (up more than 31 per cent) just in 2019 alone.

Meanwhile, our number of Twitter followers increased by 323 in 2019.

As for top stories, in 2016 we listed our Top 5 stories by the number of shares they received.

For 2017, our production guru Brian Fuller did one better and calculated the five most read HRU stories of the year using stats gathered from online statistics. That story can be read here.

9. As Atlanta burns: Hambletonian winner up for auction to rid owners of Rick Zeron
by Dave Briggs — Feb. 14

5. The tragic and mysterious death of a harness horsemen
by Melissa Keith — April 14

2. Schnittker fed up with beard trainers and lack of action from regulators
by Dave Briggs — July 15