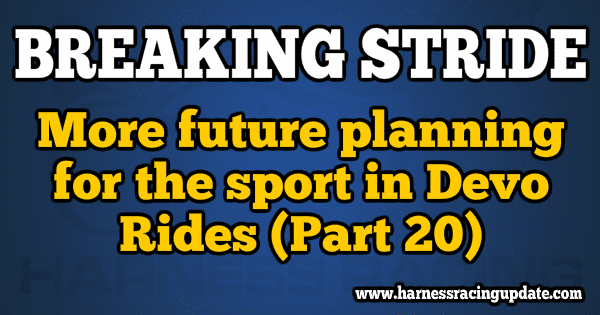 On the hottest afternoon of the summer, he asked me to drive him to a graveyard. According to the gauge on my dashboard, it was 99 degrees outside. When we pulled into the small cemetery, there was an awkward moment while I wondered if I should get out of the car. After all, it was his father in the grave.

He asked me, “You want to roam around?”

“I don’t know, it’s hotter than hell.” I thought that was probably insensitive, so I made it worse by adding, “A short visit can’t hurt.”

In unison, we opened our doors and stepped out into a furnace.

East Side Cemetery stood on a hill less than a mile east of Fredericksburg, OH. Most of the hundred headstones lay flat were not much larger than the home plate on a ball field. However, as in life, there were exceptions. Several memorials were tomblike affairs and maybe 25 gravestones stood erect like jagged teeth. Years of wind and rain had blurred the etchings on the older stones. I felt Tom should be alone with his dad, so I began wandering in search of the oldest date of birth.

Fifteen minutes later, we met in the cool car.

He nodded, “So many stories.”

We stopped at the Dairy Whip Ice Cream Shoppe and ordered chocolate milkshakes through a sliding plastic window. Our plan was to sit on a metal picnic bench, but a quick hand test saved us from third-degree burns of our hamstrings. We returned to the car and cranked up the AC.

After slurping his cup clean he said, “Remember last week, my attempt to humanize your sport.”

“Yep, you keep trying to cram in high tech ideas for my low tech crowd.”

“Trey, hyperlinks aren’t high tech, they are retro. Here’s another use for them. While horses cannot talk and tell their stories, just like people, every horse HAS a story. Every shared story adds relevance for both new and old visitors. Pull up the screen I just texted to you.”

He said, “This information is usually included in digital race programs and on ADW sites, but they are just words. The failure to utilize the names, places, and horses in a social media world is a wasted opportunity for the entire business of horseracing. There should always be hyperlinks including one to the pedigree page. Click on the horse.”

I clicked on Roadrunning and this popped up:

I set down my phone, steered the car onto the shimmering blacktop, and asked, “How does this help, how does this make money?”

“Marketing and social engineering is a process. You don’t grab a stranger, or even regular customers and ask them for their heart and their wallet.”

I couldn’t think of anything to say, so we traveled in silence.

He asked, “Did you find it of ANY interest?”

“No, the horse biography.”

I shook my head from side to side, “Um, sort of. The information about the horse was different than I thought it would be.”

“Good, that’s what I wanted. With a hundred horses in a program, you want different. Different has a chance in a digital universe crying out for attention.”

“Not in my sport. Speed has a chance.”

I could tell he was getting frustrated banging this drum.

He summed it up, “Nothing is foolproof. Ideas, like hyperlinks, are flares in the night, free flares. If they don’t get traction, so what. You have got to be out there, trying to find a handful of wealthy people to see the flares. Someone needs to keep lighting sparks for customers, both targeted and random. You never know when a forwarded story, a song, a name, will make a viewer curious. If you shoot flares you have a chance at being rescued. Otherwise, you sit in the dark and pray.”

His words rode with us for a mile or so.

I said, “You’re used to bouncing around the clouds, of building driverless cars with your excitable bands of nerds. This sport is sort of a driverless horse and buggy. These big ideas you have, even the small ideas, may work in Silicon Valley because you have roads to push them down, people who work to push them. Take your latest idea, the hyper thing for people and horses – it sounds simple, but who in my world is going to do it? Who is going to pay for it? Who is going to send out the order? What group has the job description of Digital-Cyber Flare Shooters and Universal Internet Promotion and Finance?”

“I don’t think we have an official R and D division in harness racing. Heck, some racetracks don’t even have HD streaming of the races.”

He sighed, “Well, with legal Interment gambling exploding, this might be a good time for horseracing to hire some of our excitable nerds. It’s late in the game, but it will be later next week.”

We reached his house. After he stepped out, he rapped on the passenger window. I pushed the button and the window slid down letting in a blast of hot, humid air. He said, “On the way to the airport tomorrow I will have a big announcement.”