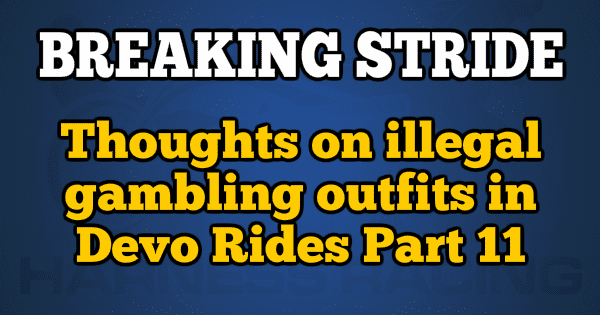 Somehow, against all odds, I find myself as the personal chauffeur for one of the Masters of the Universe. Each time he visits his hometown, I drive around this high-powered, low profile, technology maven. I like him. He may have his finger in the pie of the world’s economy, his hand making the sausage of revolutionary technology, but he seems as normal as a can of Campbell’s Chicken Noodle soup.

During the ride to the Cleveland Public Library where he had an appointment to see the traveling exhibit of one of the first folios of William Shakespeare, he was pensive. He gazed out of the passenger window at acres of knee-high corn stalks stretching into a blue sky.

He spoke without looking at me, as if he was speaking to himself. “In 2005, at a retreat in Lausanne, Switzerland, I was a guest with over a hundred experts in their respective fields who gathered to discuss the future. At that retreat, I met scientists, technologists, cyberneticists, artists, economists, and mathematicians — very interesting people. Today we live in that future. Some of our predictions came true. Many things did not come true. This October, I will return for another retreat and we will make future predictions.”

I asked, “Give me a sneak preview of the next decade for horseracing and gambling.”

He said, “Remember the death star, from Star Wars, how it threatens the world until Han Solo comes to the rescue?”

“There is a Death Star surrounding sports gambling, everything from harness racing to soccer to polo. It is a threat to racetracks. As gambling expands, it will threaten baseball teams, football leagues, all who put on a sport. Unless we find an answer, any sports gambling will be of little value to the Amazons and Facebooks of the world.”

Like a kindergartener who knew the answer, I rapped my index finger on the Prius dashboard, “I know what you’re going to say, the black market.”

He nods, “Troubling data is coming out of Asia. Companies looking into the business of horse racing view Hong Kong as a bright light in the sport. The problem of illegal bookmakers stealing money from them is frightening. Last year, they estimate nearly as much money was wagered illegally on Hong Kong horse racing as was wagered legally. Citibet, one illegal exchange, handled the bulk of the money.”

He pulled out his phone and scrolled. He thumbed to a site and read to me.

“Hong Kong Jockey Club head of security Martin Purbrick said, Citibet is not an exchange that cooperates with racing authorities. There’s no silver bullet, but the question is whether or not something should be done about Citibet immediately because it has grown so much. It is clearly an unlicensed, unregulated criminal enterprise, and it’s having an impact on racing now.”

I repeated part of the sentence, “Unlicensed, unregulated, criminal activity. That’s not good.”

“There has been a lot of growth in the illegal markets in southern China and we suspect that it is where a lot of Citibet’s turnover comes from. Southern China is where we have seen the growth of very large agents and conglomerates of bookmakers. They are turning over huge amounts of money, and a lot is going through Citibet. It’s not a transparent market obviously, but we understand, through our research and talking to police, that it is absolutely huge. We have sized the Guangdong market at 500 billion yuan on racing and sports.”

I snapped my fingers, got a little excited and said, “You know, I never got my invitation to Switzerland for your meeting with the great minds of the world, but I saw this coming. I don’t gamble on the races using offshore sites. Even to a marginal character like me, betting illegally felt as if I was stealing from a pal, but money ain’t got a conscience and the best odds are hard to beat.”

He nodded, “Illegal gambling has been around forever, but technology creates an essentially a new threat, a huge threat, a threat that can range from small local markets to international markets.”

I said, “I hear you. For years it has crossed my mind that racetracks could be being robbed blind. The damn Internet platforms and the scumbags who run them don’t pay for the racing or the purses. They don’t pay taxes. They just skim the cash and melt away.”

He nodded, “How many gamblers gamble illegally and how much revenue is lost is hard to measure.”

“I hear those offshore sites don’t always pay. One guy told me that he bets horses using bitcoins with some illegal outfit. I hardly ever hear anybody talk about this dark money on the Internet stuff.”

He nodded, “It may be one of those open secrets. But my company talks about protection and encryption in our meetings. Unless we find a way to control illegal gambling we will not get into racing or any other sports wagering.”

“Well, you guys are close to Hollywood with all your technology and problem-solving. Why not get Han Solo to take on the gambling Dark Money episode.”

He sighed, “We could find illegal bookmakers. We could use tools to identify suspicious gambling patterns. We could tarnish them on social media. We can do many things with our resources to address theft, but it is the old whack-a-mole problem.”

My voice went up an octave, “Total leeches. This kind of stuff bugs me. Any pimple-faced twerp with a gift card to Best Buy can set up an illegal exchange. The leeches just hire a few nerds and probably take bets on everything already. Who is out there wearing the badge to stop them? What’s the risk? If everybody paid the full freight like me in harness racing, the legal tag wouldn’t be so high and …”

While I counted to 10, he riled me further by adding, “Small gambling shops are a problem but big conglomerates or international criminal operations are lethal. As far as I can tell, nobody even knows who owns Citibet.”

“Hey, we are not even in the sports gambling business yet. Companies like mine will have an answer or we won’t participate. Somehow, and I am not sure how, sports products like horseracing, ball games, anything, will need to find a way to encrypt their product or they will give away a valuable asset in gambling revenue.”

“You folks in Silicon Valley opened a can of worms with the computer. Everybody is afraid of hacking, mind-bending, cyberbullying, and security theft. What a jungle.”

He said, “Well, if it’s any comfort, cybercrime terrifies everyone.”

“It’s no comfort. At least in the old days crooks had guns. These computer goons use invisible stilettos.”

He continued, “Since transactions moved to your phone, the ease brings risk. I would place the future of sports gambling in the category of banking. Protection of data and money and intellectual property are all problems. The door is open, the world has changed, and there is no going back.”

“Return of the Jedi, the episode when the second Death Star shield is disabled by Han Solo and the Ewoks. They took out the reactor core. Boom. End of problem.”

He smiled and said, “I’ll check with The Force about this menace and get back to you.”