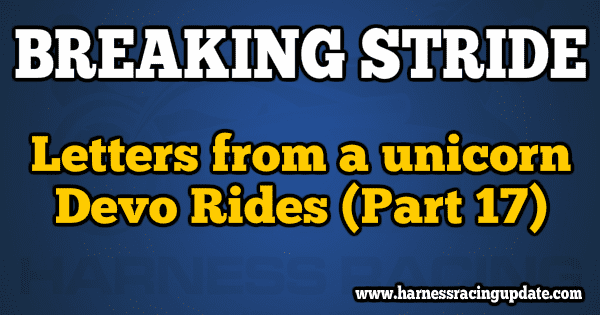 I picked him up at from the Detroit Metro Airport on a grey afternoon in August. On our ride back to his Ohio farm, we stopped at the Lord of the Wings Tavern in Sandusky, OH. When our server, a whippet-thin blonde-haired woman with a ponytail set down his second mug of beer, he elbowed the Formica table and knuckled his chin.

He looked at my glass and said, “Diet Coke? You? I expected tequila shots.”

“I’m a professional driver on duty, but I really am beginning to get concerned my job is interfering with my drinking.”

We clinked and he said, “Too bad you weren’t a fly on the Silicon Valley wall this week. We held two sessions on gambling, sports gambling, and investing. Things are heating up after the court ruling. Several big dogs are, he paused to make air quotes, ‘positioning and transitioning.’”

His air quotes were another sign that one large beer was transitioning him to happy valley. His tipsiness made me grin. I said, “Fill me in.”

He tweezered his black phone out of the front pocket of his creased jeans and set the phone on the table. While he flicked his screen with his index finger, he asked, “Are you an online gamer?”

I shook my head no, “That’s one of the few complete wastes of time I missed. I like my sports live, like harness racing, where you can smell the horses and hear them snort.”

He said, “Pull out your phone. I’m going to cut and paste some of the terms that I had to suffer through this week. I’ll paste a word, send it to your phone, and you tell me what it means.”

He answered, “An idea for your little sport.”

My phone dinged and I looked down at the word on my screen.

“That’s easy, the gambling law that just got axed.”

“You remember what the letters stand for?”

I screwed up my face and guessed, “Professional and Amateur Sports Protection Act”

“Major Organization of Betting on Animals”

“A first round draft pick in the NBA?”

“Isn’t that what the North Korean guy called Trump?”

“No, that was Dotard, but nice try. Here, read this.

Another ding and I perused my screen.

Dota 2 is a popular game ala League of Legends, Overwatch, and Counter-Strike: Global Offensive. The game is a stand-alone sequel to Defense of the Ancients (DotA), which was a community mod for Blizzard Entertainment’s Warcraft III: Reign of Chaos and its expansion pack, The Frozen Throne.

Dota 2 is played in matches between two teams of five players, with each team occupying and defending their own separate base on the map. Each of the ten players independently controls a powerful character, known as a “hero”, all with unique abilities and styles of play. During a match, players collect experience points and items for their heroes to successfully battle the opposing team’s heroes in player versus player combat. A team wins by being the first to destroy a large structure located in the opposing team’s base, called the “Ancient.”

I finished my reading assignment and said, “We’re getting way off base for sports, gambling and horse racing.”

“All will be revealed.”

I slapped the table, “A unicorn that lives in Alabama?”

He snapped his fingers, “So close. A company that sets betting lines and takes wagers from around the world on MOBA eSports competitions.”

I leaned back in my chair, “And this is where you tell me what eSports are, and how they are the hot new thing in technology.”

He took a slug from his beer, raising his finger in the air and spoke like a man who has been slightly overserved, “You are correct my good man. Wrap your mind around this factoid — next year, 427 million people will be watching eSports and their average age will be 28.”

I nodded sagely, “That would be very impressive if I knew what in the hell you were talking about.”

“Trey, you’re behind the times. eSports are organized, multiplayer video game competitions between professional players. They have formed Professional leagues; people log in to watch them play in astonishing numbers, more than Super bowl numbers. Did you know the Overwatch League has players who get contracts to play on teams, salary and benefits, as well as sharing of the team’s revenue?”

I leaned forward, “I know less about the Overwatch League than over exercise fatigue. This must all be very interesting to super nerds, but I don’t see a damn bit of relevance to horse racing.”

“An office workspace for ants?”

“The dot.com billionaire, the one who owns the Dallas Mavericks, and is on TV all the time. What’s that show, Shark Tank?”

“Bingo. For the past three years NBA teams, owners and players have invested big money into the growing eSports market. They back or buy competitive gaming teams around the globe.”

“And Cuban was one of them?”

“No, Cuban looks further down the road. He sees gambling, major gambling, on the eSports teams continuing to grow, so he invested in Unikrn. Remember them?

“The sports betting outfit for eSports.”

I sighed, “How I feel after losing a photo finish that costs me a huge trifecta?”

“What my ex-wife did to get the Cadillac back?”

“No, Rahul Sood is the founder of Unikrn. He is the creator of Microsoft Ventures and a gamer. Big players like Cuban and Sood saw the PASPA ruling coming. They know the eSports data, the markets, blah, blah blah. I listen to this stuff all day long. The bottom line is, they see a rapidly growing base of bettors on eSports.”

I signaled for a timeout with my hands.

This time I typed and his phone dinged.

WHAT DOES THIS HAVE TO DO WITH HORSE RACING?

“It’s a window of time, maybe of money. The PASPA ruling did not settle everything. The Wire Act still exists. Until things change, until the Federal government acts, states, and only states, will have legal intrastate sports betting.”

WHAT DOES THIS HAVE TO DO WITH HORSE RACING?

“Unikrn and Sood and Cuban do not want to wait for Federal legislation. Unikrn is working to form partnerships with currently licensed, land-based casinos and racinos to use their existing technology. Unikrn sees this as the way to ensure that legal eSports wagering can take place. The key is to have sportsbooks taking eSports on the state menu of legal bets. The money will entice sports books and states to adopt eSports into their state offering because it is an astonishing market. It all circles back to money.”

I let this sink in and offered a recap, “So, if the racetracks and casinos hold onto the gambling reins in the States, these eSports people use the places, like racetracks and casinos and ADWS to run their bets through. Horseracing keeps the trains running. We buy some time and maybe keep getting a piece of the action. We could get grandfathered in.”

He nodded and finished his beer, “I can give you piles of data, a dozen more crazy words to guess and plenty more projections if you want.”

We stood and headed for the door, I turned to him and asked, “So now another gambling product, eSports, which I never heard of until fifteen minutes ago, enters the arena and could be a Band-Aid for horse racing?”

“Could very well be.”

“I bet you that there aren’t two dozen harness horse racing people who ever heard of Dota 2, unikrn or Sood.”

“They heard of Mark Cuban. They know there are sharks.”