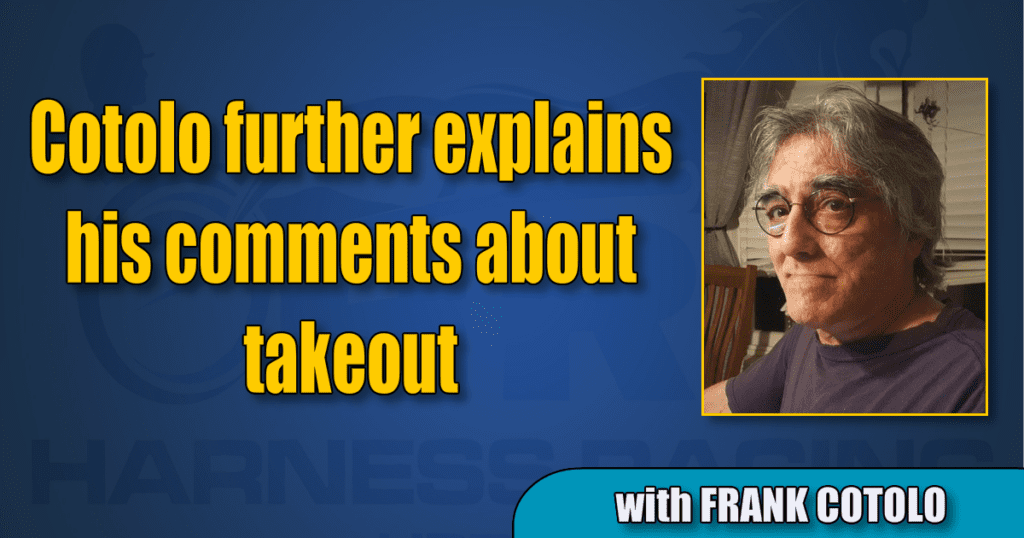 One reader tweeted the following question he wanted Cotolo to answer:

If takeout doesn’t matter or nobody cares about it, then why when there is a carryover, which is strictly a takeout reduction, do pools increase by an average of 5x over the normal sized pool? When you have the answer, please let me know.

We asked Cotolo for his take and he responded as follows:

Mammoth exotic pools attract casual players and professional players (solo or in cartels) due to the raw amount of the prize. It is simply lottery mentality, not a reduced takeout, that lures them to play. Betting (investing) a little to make a lot is a matter of human nature, not principal. No one who wins a huge lottery carryover is concerned with the amount of taxes due them; they are overjoyed with all the free money they have left over after the legal obligation. As such, ask anyone who wins, let’s say, a thousand per 20 cents in a carryover pool, if they would not have played were the takeout increased. When you find that person, get back to me. Plus, this does not even touch the number of people who play super carryovers in exotic pari-mutuel pools or lotteries while ignoring the awful odds smaller tickets offer, rationalizing the gamble by saying, “Hey, someone’s gotta win.”