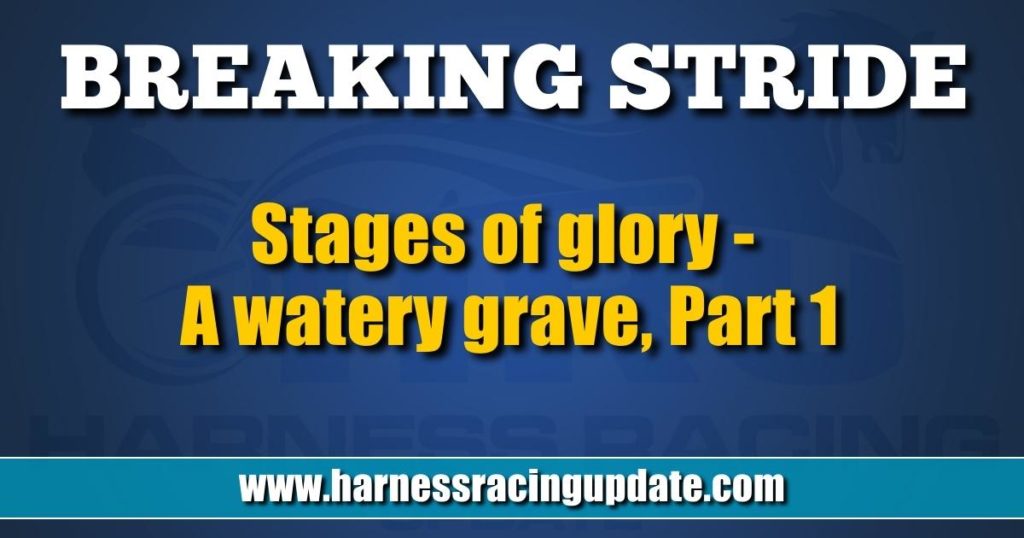 On May 7, 1915, 11 miles off the southern coast of Ireland, the RMS Lusitania sliced through a choppy sea. Indoors, first-class passengers finished their lunches, perhaps a meal of stuffed ducklings with fine French wine. Outdoors, passengers strolled the varnished decks beneath a pleasing afternoon sun.

Suddenly, an alarming thump rocked the vessel. A few seconds later, an explosion scattered passengers and debris. Eighteen minutes after the thump, the RMS Lusitania sank to a watery grave, where 1,198 passengers and crew perished.

Among the victims of the German torpedo was the wealthiest man in the world, Alfred Gwynne Vanderbilt, a dashing, 37-year-old playboy. Eyes were always on Alfred. Photographs and reports on his activities were often splashed across newspapers and magazines, making him one of the most recognizable people in the world. Therefore, several eyewitnesses from survivors of the attack recalled Alfred’s actions during his final eighteen minutes:

“He appeared as if he was at the races at Ascot.”

“I saw him standing at the port entrance to the grand saloon. He stood there, absolutely unperturbed, the personification of sportsmanlike coolness. In my eyes, he was the figure of a gentleman waiting unconcerned for a train.”

“He was standing with a lifebelt in his hand. A woman approached him, and I saw him place the belt around the woman. He had none for himself, and I know he could not swim.”

Ironically, this was not the first newspaper report of Alfred Vanderbilt’s demise in a maritime disaster. The famous American booked passage on the RMS Titanic for a return trip to New York three years earlier. However, for some reason, he canceled late, his name was on the official manifest of HMS Titanic passengers, and the press assumed he was a casualty.

The Vanderbilt family fortune began with Alfred’s grandfather, Cornelius Vanderbilt. Born in modest circumstances on Staten Island, NY in 1794, Cornelius was an intense and ruthless young soul. During his early years, he acquired the nickname Commodore because his business ferried small boats around the New York Harbor. Moving goods by water led to moving goods via railroads, and railroads were the key to amassing his great fortune.

As the Commodore’s fortune grew, the lives of the Vanderbilts became fodder for the ever-hungry press. With scandals, feuds, opulence on an astonishing scale, and breaking into and falling out of high society, the Vanderbilt family did not disappoint. The readers of newspapers and magazines found the family a saga that fascinated citizens of all stations.

Deeply woven into the fabric of the Vanderbilt family was a passion for horses. The Commodore drove his harness horses with the same fury he drove his businesses. Sons, grandsons, and great-grandsons followed in his equine footsteps. They were involved with harness horses, thoroughbred horses, show horses, breeding horses, and all manner of horses. Rare was a Vanderbilt mansion without magnificent stables of fine horses. High society circles went hand in hand with horses. These beautiful animals were, in some ways, another currency for the wealthy of the wealthy.

Cornelius Vanderbilt’s eldest son, William H. Vanderbilt (1843-1899), known to many as Billy, had three sons. The most senior, William Junior, died in college. His second son, Cornelius “Neily”’, incurred his father’s wrath with an unsuitable marriage. The rift was so deep that Billy took the drastic step of disinheriting his second son. After the dominoes fell, Alfred, the third son, surprisingly became the chief beneficiary of the fortune.

Like many Vanderbilt heirs, Alfred’s love of horses was a focal point of his life, but young Alfred showed streaks of rebellion in his horse universe. His father advised him never to buy greys because they’re delicate and won’t stay. Like many youths, his father’s advice was like a red flag to a bull. Alfred’s first purchase was a grey, and grey trotting horses became his calling card in the horse world. While his father and grandfather favored trotting racehorses, Alfred found a slightly different variation.

Alfred found his equine passion in Coaching, sometimes referred to as Four in Hand, a “cousin” of our sport. Quite popular for several decades, Coaching possessed many of the same qualities of harness horse racing — breeding and training trotting horses, harnessing the finest horses to specific vehicles with passengers, and then competing in various events.

Next Week – What exactly was this sport?