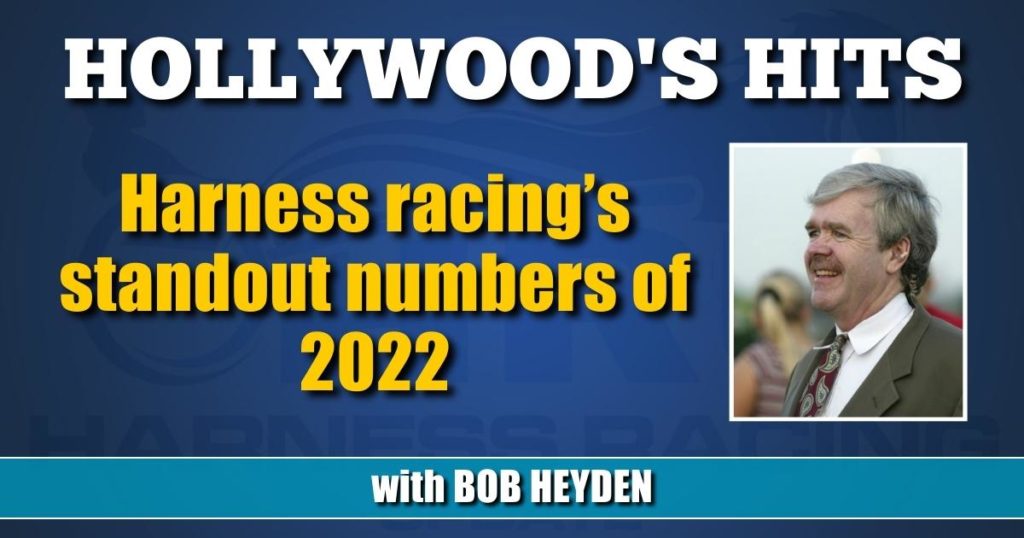 With three weeks left, these are the most outstanding numbers this year.

Currently, it is the 11th highest earnings season by a driver.

Tim Tetrick, who is second this year with earnings of more than $14.2 million, amazingly owns eight of the 12 $15 million seasons.

Yannick Gingras is on the list with the fourth richest season ever.

Brian Sears owns both the fifth and 12th best seasons.

Dunn also has a chance to join five other drivers who have piloted both the Trotter and Pacer of the Year in the same season. He drove both pacer Bulldog Hanover and trotter Bella Bellini.

In 1972, Stanley Dancer had Albatross and Super Bowl.

In 1985, Bill O’Donnell had Nihilator and Prakas.

In 2012, Tetrick had Captaintreacheous and Chapter Seven.

Dunn is also about to wrap up his third straight money title. At least three in a row is a very exclusive club.

BRENNAN ON THE CUSP OF $200 MILLION

Ron Burke has just passed $295 million lifetime and is wrapping up his 14th consecutive training title. Those are also the 14 biggest seasons in harness racing history. The 15th, 16th and 18th richest belong to Jimmy Takter. Mickey Burke, Sr. owns #17 and #19.

Driver David Miller will be 58 on Dec. 10 and is still going strong.

Last year at 57, Miller won three divisional titles with Venerable, Perfect Sting and Horse of the Year Test Of Faith.

Only one other driver has had three division titles at age 58 or older. In 1981, Billy Haughton turned 58. That year he had divisional champs Final Score, Kading and McKinzie Almahurst.

Tim Tetrick’s remarkable seven divisional titles in one season looks like a record that will remain untouchable for the foreseeable future. In 2012, he scored with:

Dunn is the next closest with five divisional champs in 2021.

When you did what Bulldog Hanover did in 2022, it’s easy to overlook or forget something, right? Me too. But, after further review, Bulldog is the sport’s highest-earning horse in six years. He earned $1,649,908 this year.

One more thing on Bulldog. Care to guess how long it has been since a horse that set that all-time world record was named Horse of the Year and was also the leading money winner all in the same year?

It was 1985 when Nihilator earned $1,864,286 and set a mark off 1:49.3. What’s even more amazing is the Nihilator had the pedigree to do this as much as any horse ever. Both his sire, Niatross, and his sire’s sire, Albatross, turned the very same trick.