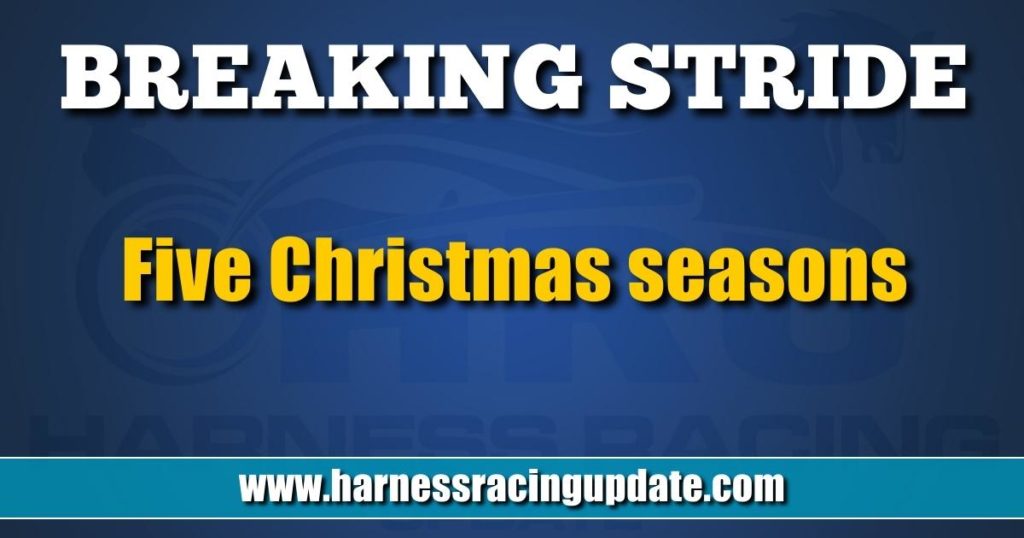 Approaching Christmas in 1997, I did not wish for anything. Certainly not for my wife, Gwen, to leave me. She broke the news with a phone call as I wrapped her Christmas gift, a cameo broach.

Gwen rushed out her reasons as if she was reading from a notepad. After five years of marriage, “It is not working, and I am in love with Deacon Richard. You are emotionally distant, and Richard will fill a void.”

She and the Deacon spent Christmas in Jamaica. I returned the broach.

Life moved on when she moved out. I continued working as a mechanic for Lombardo Trucking. Six years later, I married Julia, a nurse I met at my hernia surgery. Ironically, she was a former member of deacon Richard’s congregation. We married three weeks before Christmas 2003. Julia came into our marriage with Phillip, her gothic 13-year-old son, a kid with all the charisma of a wounded porcupine.

We were typical of many families, with happy times, sad times, and routine times. Like everyone, I had a few quirks that made my life story unique. One peculiarity was that I enjoyed going to the harness racetrack. My affair with the trotters and pacers began in high school when a group of wayward students decided to skip school one afternoon and take refuge at the local harness track.

I was smitten. I enjoyed the sights and smells at the track and the thrill of taking a modest financial risk. I never forgot the fantastic feeling when a smiling teller handed me $8.40 from my first wager of $2 after a horse named Trotinterror rallied down the lane and finished ahead of the pack. Most of all, I enjoyed the horses’ magic and the races’ mystery. I became a lifelong harness racing fan.

Few understood my passion, certainly not Gwen or Julia. I did not quite understand it myself but sitting in the grandstands of the racetrack, I morphed from youth to middle-aged and from slender to stout. Through the ups and downs of real life, my weekly forays to the oasis of Greenbelt Downs Raceway remained a respite.

A dozen like-minded souls at the racetrack gave me the nickname “Bullet Bill.” I pretended the nickname was due to my rapid-fire, intelligent analysis of each race, but it was due to my nearly bald head. Either way, the nickname stuck. The engines that drove my machine were risking money and hanging with my racing friends. One day the machines blew up.

In December 2006, a lawyer called to request a meeting. At the kitchen table of our modest bungalow, the lawyer informed me that my uncle, Floyd L. Rollins, a bachelor, had recently passed away in the hinterlands of West Virginia. Relations in the Rollins clan were distant. I had only met Uncle Floyd twice, and the best memory I could muster was a hazy picture of a tall man with oversized glasses and a sad face.

Uncle Floyd made a pile of money owning bituminous coal fields, and a portion of the estate was heading my way. When the documents proved I was the correct Bill Rollins, $747,000 was transferred into my bank account.

I became a consultant for Lombardo Trucking. The owner called me if they had a tricky problem or got swamped. I bought a nice car, paid off all my debts and tenuously hung on to my shaky relationship with Julia and the ever-irritating Phillip. We took a few vacations, bought a new house, tried marriage counseling, and sent Phillip to a private military school. I took a hiatus of two years from the racetrack because Julia felt my evenings at the racetrack were a problem in our relationship.

My new life felt forced. I missed my friends and wagering. One Saturday, after a Friday spent arguing with Julia, I returned to the racetrack grandstands. Things were different. The Internet had taken a toll on the number of people at the racetrack. Another change was that I had money. These proved to be critical differences.

The stimulating challenge of turning $40 or $50 into $100 was something I had gleefully embraced for over a quarter of a century. The joy began to slip away. My first clue that something was wrong occurred after hitting a lovely exacta by coupling a 3-year-old gelding pacer, Uptown Boy, a horse coming off a nice qualifier with the chalk. The payoff was $112.20.

Once upon a time, I would have been ecstatic, mingling with the guys, playfully explaining the brilliance behind my selection. Then I would have called my wife and asked her to pick a nice restaurant for dinner the following day. Dinners were always the best when Greenbelt Downs winnings picked up the tab. I did not feel like calling Julia.

Sitting alone in the empty grandstands, I looked at the winning ticket and realized I didn’t feel the rush after a nice win at the racetrack. The previous week, Julia and I had returned from a Caribbean Cruise. We ate whatever we wanted as often as we wanted.

I no longer felt winning $112.20 was a big deal. Most disappointing, I no longer had pals in the grandstand for complaining, celebrating, and bantering.

I was surprised at how much my inheritance and missing friends affected my joy of gambling on horses. Although I still wanted to win, my need to win and the thrill of winning became muted. And it was not just at the racetrack that my unexpected windfall brought an odd sense of discomfort. I found that easy street was not my favorite street.

My days at the track became solitary and tedious, something I would have never believed possible. I stopped going.

In December 2010, Julia filed for divorce. A prenuptial agreement was not in play. The massive colonial house we had moved into and recently remodeled was, as was the backing of 19-year-old Phillip’s unpromising heavy metal band, Mutant Mainstream, three cars, a boat, and a country club membership. Other details of the uncoupling involved Julia’s involvement with a religious cult called The Forever Seeking Sisters of Narrum, and a poodle named Buttons.

When the legal dust settled, my nest egg shrank to the size of a small BB.

After Julia, Phillip, The Mutant Mainstream gang, and my windfall came and went, I made some changes. I contacted eight of my former racetrack cronies and asked if they would be interested in joining me to watch harness races on my flatscreen television, sort of a poker night without poker. Three of the crew enthusiastically agreed. Lately, we have had as many as six. It is getting to be a fun habit.

These days, I play a maximum of $50 per night, which stings when I don’t cash a ticket, but once again, a winning ticket for $112.20 means something.

It is December 2022. The Christmas seasons of each marriage were okay, not Hallmark movies, but okay. My unmarried Christmases ranged from lonely to desolate. People feel I lost a lot over the past tumultuous decades, but life is funny. I am happy. I do not need to listen to Mutant Mainstream rehearse. My girlfriend of the last five years, Marie, is a terrific lady, a short-haul driver with a married daughter. We met at work. She has no problem with harness racing, quite the opposite, she enjoys learning about the sport.

I discovered that less could be more in the money and marriage departments. I often lean back on race nights with a few racing pals at my condo, the heels of my tennis shoes propped up on the coffee table, pause for a few seconds while reading my racing program on my iPad, and feel like a man who has dodged a bullet.

On Monday night Marie and I are going for a Mexican dinner and a little Christmas shopping. On Wednesday, I meet the guys for our racing night. Marie and I are spending this Christmas Eve and Christmas day with her daughter and sister visiting from Mississippi. I believe it will be a good day.

Merry Christmas to all.