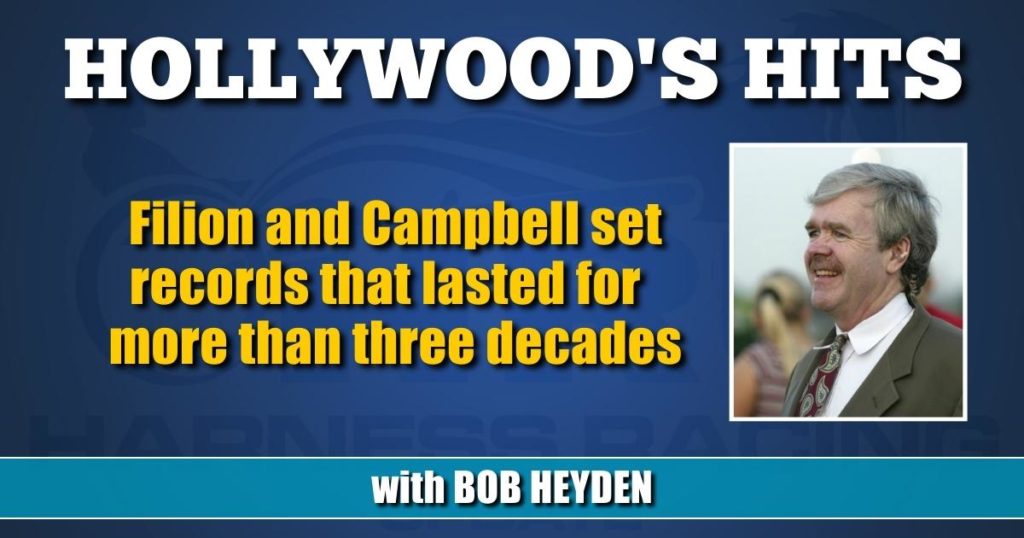 Herve Filion held the all-time wins record from December, 1972 until 2015 — 33 years. Dave Palone now has had the record for seven years.

John Campbell will have held the all-time earnings mark for 35 years as of the end of July. On June 30, it will be five years since Campbell stopped driving.

Three trainers have had both a pacing colt and a filly voted Horse of the Year — Glen Garnsey, Brett Pelling and George Teague, Jr.

Scott Zeron needs to have a good Hambletonian in 2022 in order to still be the best money driver in the race at a comparable age. Through age 32, which takes him through the 2021 Hambletonian, Zeron earned $1,266,500. Now 33, he will have to step up since John Campbell in 1988 won it at age 33 with Armbro Goal and improved to $1.5 million.

THE ONE THAT GOT AWAY

Rick Plano is 70 and was the leading trainer and third leading driver at Pompano Park this year.

Dan Shetler is 72 and still racing and training and driving mostly stakes colts/fillies in Indiana.

JoAnn Looney is 76 and right there with all the Jim King trainees (Jimmy turned 70 in February) and had the 2019 HOY Shartin N-STILL the fastest female ever 1:46.4.

Del Miller was 77 in 1990 when he drove a winner in his record eighth decade.

Carl Allen was 73 when he drove his last Hambletonian contender — 2003’s Holy Guacamole (fifth in elim).

Bi Shively at 74 and still the elder statesman in Hambletonian wins with his 1952 effort with Sharp Note.

Berndt Lindstedt is 86 this July.

Ben White was 70 in 1943 when he won his then record fourth Hambletonian.

Harold Story was 71-72 years old when he drove in the Breeders Crown last with his supremely talented trotting mare Scenic Regal.

Jacqueline Ingrassia, a recent PASS winner with Dandy, is 75 and still going strong training driving. She and Frank also own Dandy who is a reclamation project of sorts. I guess even 22 years after she won the Yonkers Trot at age 53 we shouldn’t be surprised. Lady J shows no signs of slowing up either.

The 500th Triple Crown race will come in this year’s Little Brown Jug. The Triple Crown series starts up with elims for the Yonkers Trot and Messenger the final weekend of June this year.