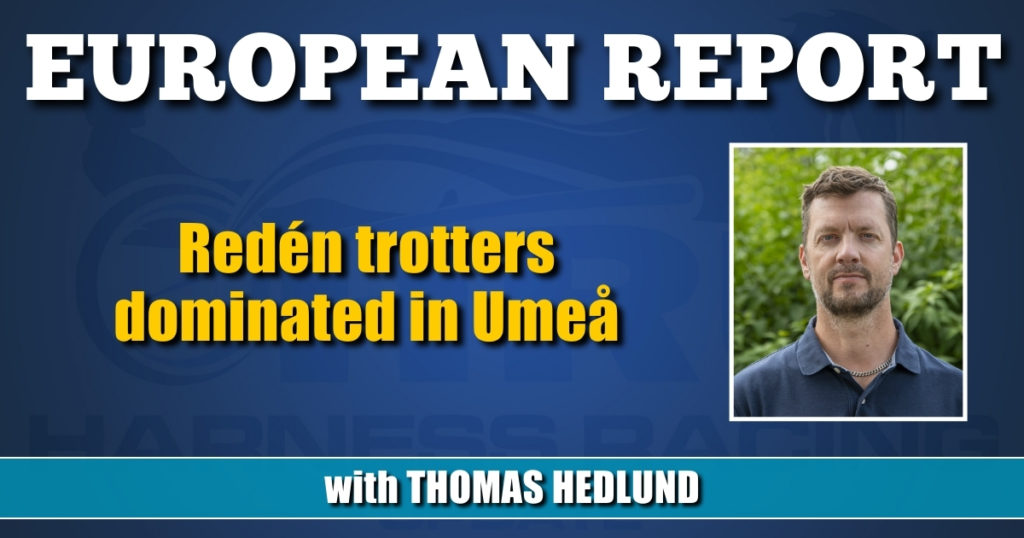 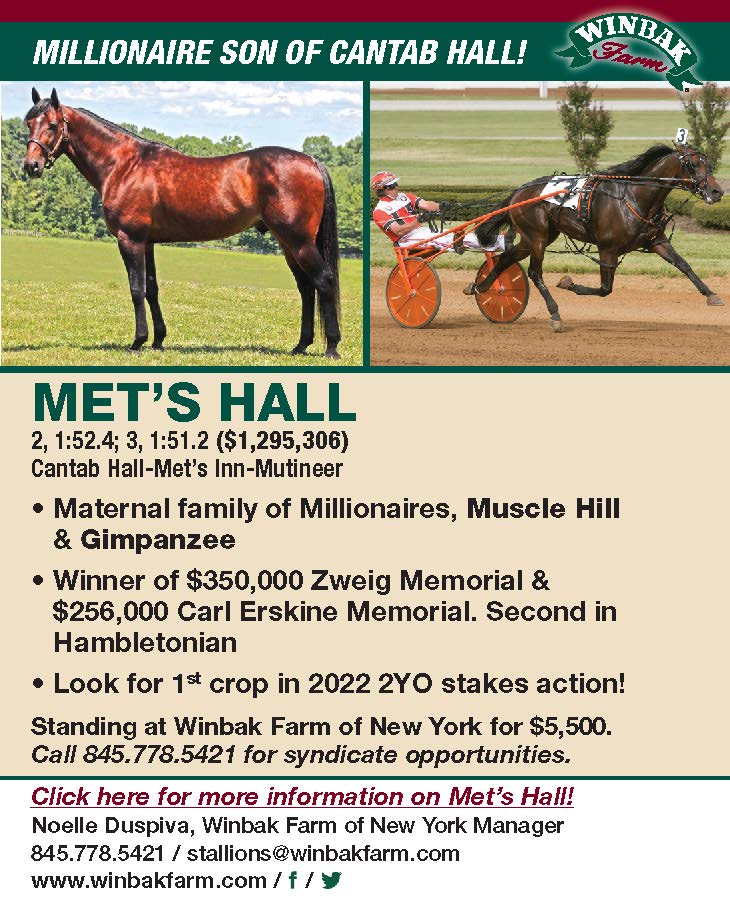 American-bred Missle Hill (Muscle Hill), paired with Örjan Kihlström, dominated the $48,000 Guldbjörken in Umeå in northern Sweden on the V75 race card on Saturday (May 15) afternoon.

From post 1 behind the gate, the 6-year-old Muscle Hill son quite easily kept the opponents on the outside when the car accelerated and from the lead the heavy favorite was hard to reach, even if Antonio Trot’s finish as runner up was a high grader. The mile rate over 1.3 miles was 1:56 (replay here).

Missle Hill participated in the Elitloppet final last year, but a slot among the 16 in this year’s big race is not at all a given.

Still, trainer Daniel Redén already has two horses in Elitloppet that will be held on May 30 at Solvalla. Don Fanucci Zet (Hard Livin) received his ticket earlier this spring. Redén’s second Elitloppet horse is Heavy Sound.

The trainer opted to prepare Don Fanucci Zet for the Elitloppet by racing the 5-year-old Hard Livin son in the $48,000 Berth Johanssons Memorial on Saturday where Hail Mary, the giant in Sweden’s 5-year-old crop, was the main opponent.

Don Fanucci Zet came to the lead early into the race and Hail Mary connected on the outside with a lap to go. The pace was pretty slow until the last turn when the top duo started the big battle. Hail Mary on the outside seemed to get control over the leader and three wide Brother Bill (Breeders Crown winner as a 3-year-old) flew home for driver Magnus Djuse. Brother Bill’s finish was strong, maybe too strong, because the Timo Nurmos trained trotter went off stride just 50 meters before the wire and at the same time Don Fanucci Zet came back on the inside.

The photo showed that Don Fanucci Zet held his nose ahead of a brave Hail Mary (replay here).

Normally, Hail Mary would be expected to go to Elitloppet after this performance. But Robert Bergh received a three-day whipping penalty for May 29-31. It would be a surprise if Bergh wants to race in the Elitloppet with one of his best horses ever if he can’t drive the horse himself.
Don Fanucci Zet came home in a mile rate 1:57 over 1.3 miles.

Speaking of Redén, Damien (Muscle Hill—Danae), purchased for $1 million as a yearling at Lexington 2019, has left Marcus Melander’s stable in New Egypt, NJ and has a new home in Redén’s barn in Sweden for owner Brixton Medical AB.

Norwegian bred Moni Viking (Maharajah), now trained by Björn Goop, received an invitation for Elitloppet on Friday (May 14) afternoon. Six names remain before the field of 16 horses is set and the last chance to qualify for the race takes place in Gävle on Saturday (May 22) in the $96,000 Prins Daniels lopp. The remaining five tickets for Elitloppet will be offered during next week.

Today (May 16) is the $98,000 Copenhagen Cup time in Denmark and it’s obvious that Solvalla’s sports general Anders Malmrot has his eyes focused on the track of Charlottenlund. Even if the race has diminished over the years, the Copenhagen Cup still is a prestigious race to win and an impressive performance in it will most certainly be interesting in the hunt for a new name for the Elitloppet.
The Copenhagen Cup, contested over 2,011 meters, features a 10-horse field where Johan Untersteiner’s Cyber Lane chases his second win in the race.