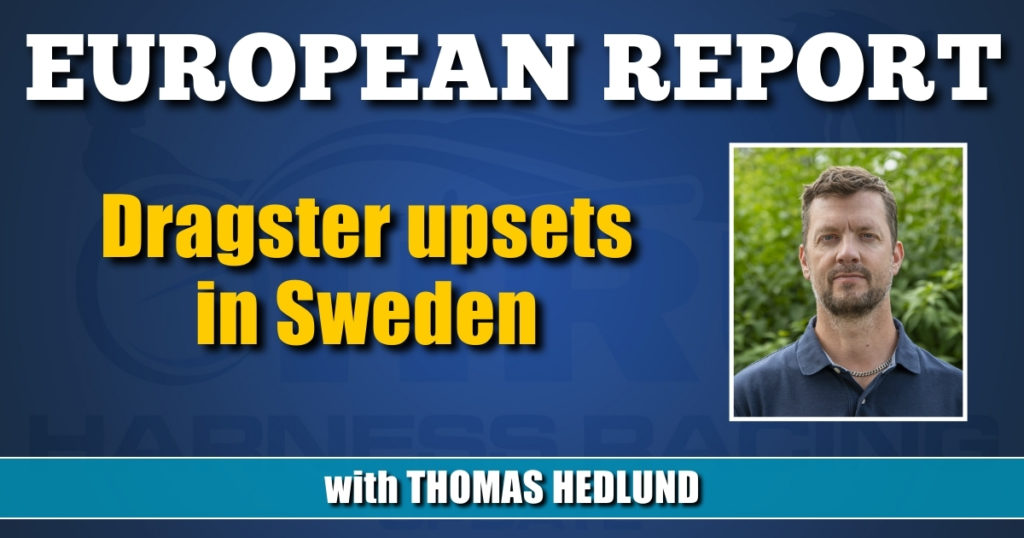 Very Kronos or Sorbet? The two well-merited trotters were basically the only two horses that were mentioned when the final elimination for Paralympiatravet was held in Örebro, Sweden on Saturday (May 1) afternoon.

Sorbet from post 1 opened quickly for the lead and driver Örjan Kihlström noted that his worst opponent Very Kronos was on his right side, as first over and the front duo seemed to face a battle when they came into the last turn. But Very Kronos lost his gait and went off stride with 300 meters to go and Kihlström saw his chance to leave the rest of the field. Sorbet got a three lengths advantage over the short home stretch in Örebro and the victory looked safe, but from out of nowhere Dragster flew to a tight upset win for trainer Roger Malmqvist.

Malmqvist and Dragster got their invitation for the final at Åby on May 8, but Malmqvist declined. Back-to-back races for the 9-year-old Micro Mesh gelding does not interest Malmqvist, so the last horse for Paralympiatravet will be named this afternoon (May 2) in Sweden.

Örebro’s race card also featured another stakes race. The $95,000 Orebro Int’l over three kilometers has developed to become one of the most prestigious races during the spring in Sweden and when merited top trotter Moni Viking (Maharajah) visited Örebro, the 8-year-old chestnut colt showed that he is in great shape ahead of even more prestigious races in Europe in summer.

Björn Goop sent Moni Viking to position first over with two laps to go and he could comfortably control the field throughout the race. At the top of the stretch, Moni Viking received the signal that told him to leave the rest of the gang and the Norwegian bred trotter was superior this day. He more or less sprinted to easy win in mile rate 1:58.2 over 3.180 meters.

Stefan Melander’s Click Bait and Alessandro Gocciadoro’s Vernissage Grif got the last two remaining tickets for the $133,000 Finlandia-ajo, which is scheduled at Vermo Arena in Helsinki, Finland on May 9.

Ten trotters will gather and it’s not only glory at stake when Finland’s most prestigious international race will be held. An invitation to Elitloppet awaits the winner in Finland next weekend.