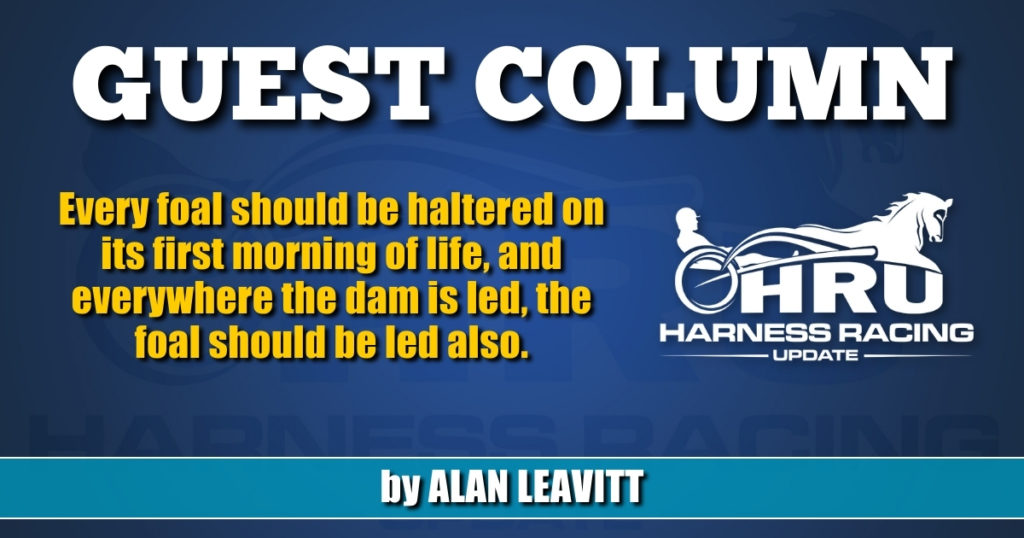 It starts on the first day

Before getting into some nitty-gritty of good horsemanship, it’s worthwhile to take note of the lawsuit just filed by some thoroughbred people vs. the Horseracing Integrity and Safety Act (HISA) (full story here). That suit challenges the constitutionality of the government’s proposed takeover of all horse racing in North America. This is similar, though not nearly as thorough, to the position taken by the USTA, and well articulated by Russell Williams and Joe Faraldo.

To be fair, there is understandable dissatisfaction among many people involved in harness racing with the status quo. Owners and trainers are well aware that there are advanced methods of horse drugging that go undetected and unpunished. Our sport has always been regulated by state commissions, which are chronically underfunded and undermanned. It does not help that the commissioners themselves are frequently appointed as rewards for campaign contributions rather than knowledge and involvement in the racing business itself.

It is this dissatisfaction that has resulted in so many harness racing participants desperately reaching out for something, anything, that promises to be better than the current unsatisfactory situation. That is the perceived promise of HISA, or federal control on North American horse racing.

But as Russell Williams has very lucidly pointed out, this proposed cure could well be far worse than what we have now.

Or in a nutshell, be careful what you wish for.

Now on to some practical considerations in the real world of horse breeding. It’s foaling season, and this kid dies, figuratively, every time he sees a picture of a foal who isn’t wearing a halter. Every foal should be haltered on its first morning of life, and everywhere the dam is led, the foal should be led also.

Both mare and foal can easily be led by one person. It is best to use a “butt rope” on the foal the first few times, and they will quickly catch on and respond. This means that you not only catch the foal in the stall when it’s turnout time, you also catch the foal in the paddock or pasture when it’s time to be brought in. It quickly becomes second nature, and it means that there will be none of the accidents that frequently occur when a foal runs loose when his mother is being led somewhere.

This is seemingly a small detail, but good horsemanship means attention to detail. And a foal that is well broke to catch and lead will be a well broke horse for the rest of his life, and a pleasure to work with.