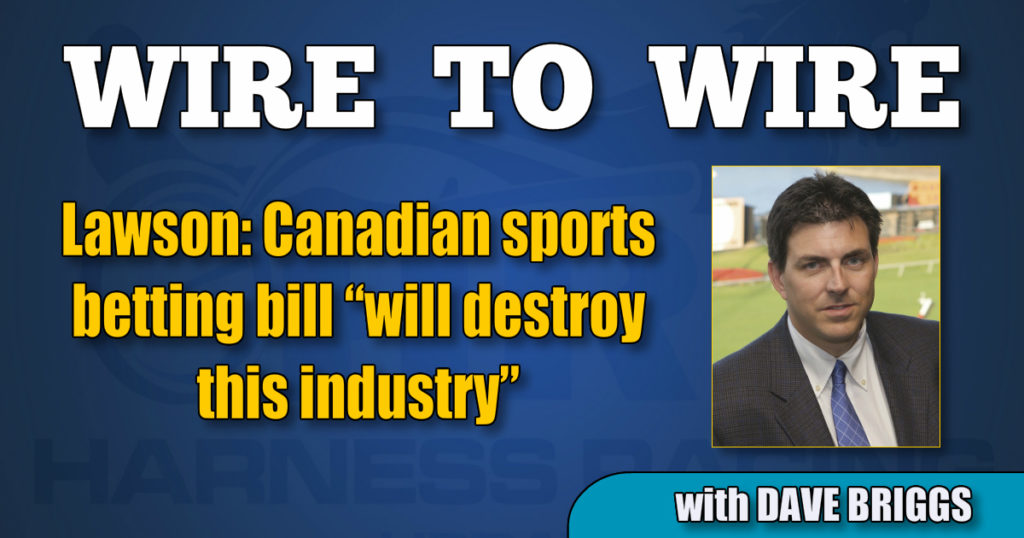 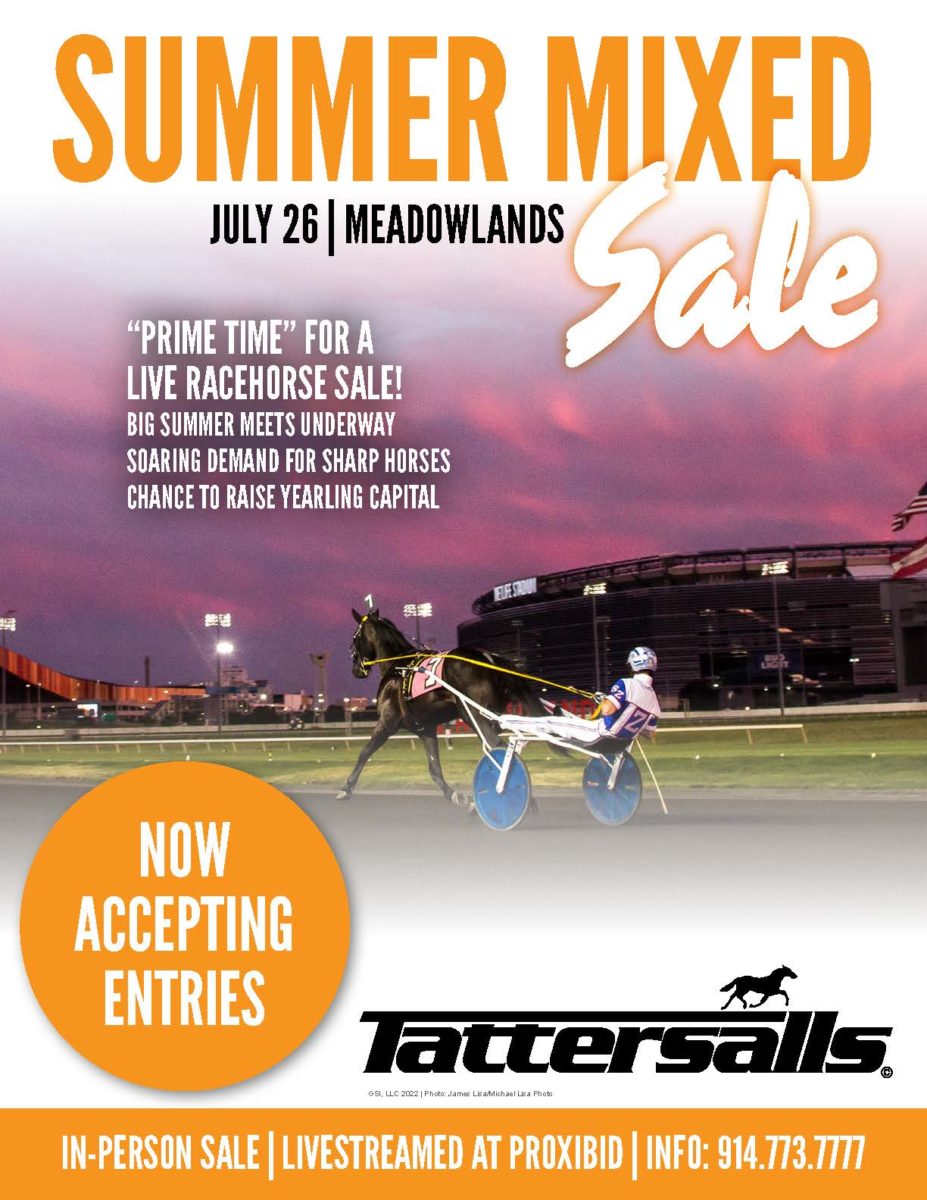 The CEO of the Woodbine Entertainment Group is raising the alarm about a private member’s bill aimed to legalize single-event sports betting in Canada. As written, the bill would allow non-racing betting outfits to provide fixed-odds wagering on horse racing without any money accruing to the industry itself.

Woodbine CEO Jim Lawson was particularly blunt when asked Friday what would happen to the horse racing industry if a bill to legalize single-event sports betting in Canada passes as written.

“It will destroy this industry in Canada. It will certainly destroy Woodbine,” Lawson said.

Parlay wagering, such as offered in most provinces through the Ontario Lottery and Gaming corporation’s (OLG) Proline product, has been legal for nearly 30 years. But legalizing the more popular single-event betting requires a change to Canada’s criminal code.

In fact, for at least two decades, Woodbine has been a strong proponent of legalizing single-event sports betting with an eye on horse racing benefitting from it.

But Waugh’s bill, as written, could cut horse racing out of the deal entirely, warns Lawson.

The issue is that the bill would allow non-racing betting companies to establish fixed-odds wagering on horse racing without the tracks getting a cut.

“We could not survive if fixed-odds wagering is permitted on racing and we’re not a participant,” Lawson said.

For example, a betting company could start taking fixed-odds bets on horse racing at Woodbine without Woodbine getting any of the money. The current pari-mutuel wagering system supports everyone employed at the track, the horsepeople that race there and the breeders that produce the horses to race in the first place.

“Picture FanDuel coming into our market and owning the sports wagering market and having a sportsbook with horse racing and us not getting any of that income… it would put us out of business,” Lawson said. “We do not have the luxury to lose a huge percentage of our revenue source to a third party that doesn’t share in the cost of putting on that content or the purses.”

One of the issues is the growing popularity of fixed-odds wagering.

“We have seen in the United States a quick and steady growth in the popularity of fixed-odds wagering on horse racing. We have seen fixed-odds wagering overtake pari-mutuel wagering in Australia as the most popular form of bet, and there are good reasons for that,” Lawson said. “The biggest reason, I think, is that, as everyone appreciates who is fairly close to the game, most of our wagering comes from our big customers. These numbers get thrown about, but we believe 80 per cent of our wagering comes from 20 per cent of our customers. So those customers are betting large amounts of money and there’s no question in our view, in talking to them, that some of them have already moved to offshore opportunities in the United States. It’s obvious that fixed-odds wagering appeals to them. If you’re wagering a large sum of money — for the purpose of this I’ll use the example of $5,000 or $10,000 to win on a horse — you’d like the comfort of knowing that the horse is going off at 3-1, which are the odds you’re staring at when you’re deciding to make the bet, as opposed to late money coming in on a pari-mutuel and all of a sudden turning your $10,000 to $30,000 win-risk proposition… Then all of a sudden you could be betting $10,000 to make $10,000 instead of $30,000.”

Also, younger gamblers tend to prefer fixed-odds wagering, Lawson said. The pari-mutuel system, with its ever-fluctuating odds, can be a turn off.

“They are saying, ‘Wait a second, I bet the horse at 3-1, what do you mean I don’t get $8 back on my $2 bet?’ It’s a huge deterrent to bringing in new customers because that’s not what the younger demographic is used to. The world has changed. Pari-mutuel wagering is a difficult concept and one that a young demographic does not accept,” Lawson said.

Except, pari-mutuel wagering fuels the entire horse racing infrastructure that in Canada is estimated to support some 50,000 jobs nationwide.

Lawson said there is a simple solution — amend the bill.

Failing that, mandating that non-racing gaming companies must partner with pari-mutuel licensees to offer fixed-odds wagering on horse racing would also be acceptable, Lawson said.

“That’s more the route that they’ve taken in New Jersey. When we’ve spoken to the government about the New Jersey model they really haven’t taken it into consideration.”

In either scenario, Lawson said the key is also allowing horse racing entities to take bets on other sports to make up for lost revenue from skinnier fixed-odds margins.

Lawson argued there are a lot of advantages for cutting Woodbine into an enhanced sports betting market.

Not only is it a Canadian company that mostly operates as a not-for-profit that invests its revenue back into Canadian jobs, but Woodbine already has the infrastructure and capacity through its HorsePlayer Interactive (HPI) wagering platform to expand into sports betting.

“We have the most robust sports wagering technology and it’s country-wide, so we’re regulated across the country,” Lawson said. “We have the whole package ready to go to run online wagering and could do it on the systems that we have today… Picture our new Dark Horse app offering bets on the NHL.

“Part B of that, at least in Ontario, is that we have over 60 off-track wagering locations and the four principal ones are Woodbine, Mohawk, Greenwood and WEGZ, where we could run sportsbooks out of those four places. We have the facilities. We have the technology. We have the location. We do $300 to $400 million in wagering out of our off-track locations today.”

Waugh’s main goal with his bill is to raisemuch-needed tax revenue with governments facing huge deficits to battle the COVID-19 pandemic.

“We, as a racetrack and as an industry, are taking the position that we are supportive of sports wagering and see the opportunity for the tax payer to have additional sources of revenue to offset government costs… in particular health costs and education costs. We’ve seen a spike in all of those costs with COVID-19 so it does make sense,” Lawson said, adding the potential betting market is huge in Canada, with much of it now, “going offshore or being earned in illegal ways and not being taxed or any percentage going to the government. That’s problematic.”

Lawson said specifically granting WEG a license to operate single-event sports betting would also be another positive for government coffers because it would allow Ontario to stop directly subsidizing horse racing, which it currently does to the tune of some $100 million annually.

Lawson said bill PMB C-218 has now gone for a second reading and he expects it will be voted on in parliament during the first order of 2021. Though private members bills rarely are successful, particularly ones from MPs from a party that doesn’t hold power, don’t count this one out given the desperate need for revenue and the fact the United States has embraced sports betting. If it passes, it will likely go to a number of committees before becoming law.

That leaves little time for the horse racing industry to convince politicians of the harm the bill will do to the industry if it is not amended.