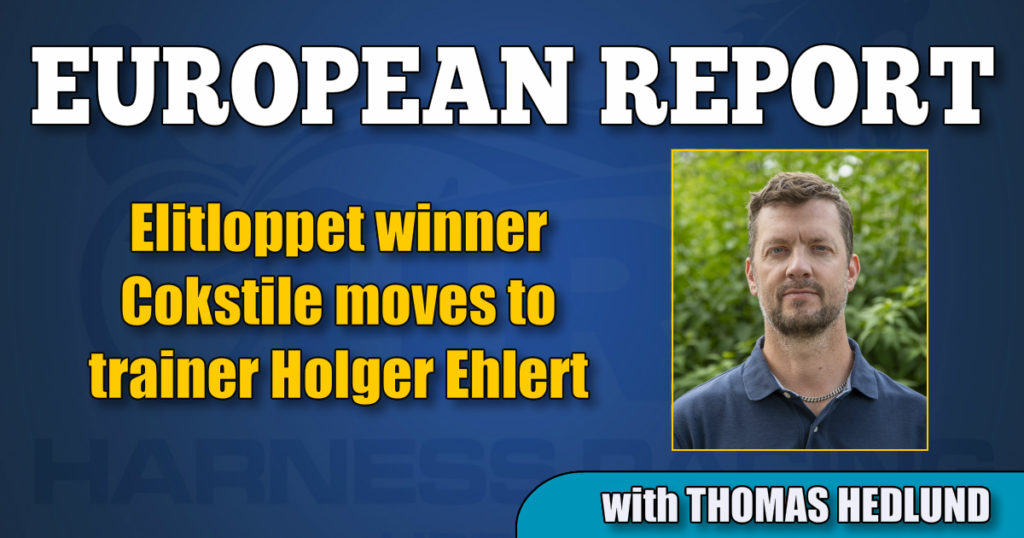 Norwegian bred and Italian owned Cokstile was awarded the victory in Elitloppet on Thursday due to the disqualification of Propulsion in the big race that was held at Solvalla at the ends of May this year.

Cokstile’s owner Renato Santese makes some interesting statements on the Italian web site Galoppo e Trotto (http://gaet.it) where he speaks about the horse’s future. According to Santese, Cokstile will shortly be trained by Holger Ehlert, who recently has experienced some really successful weeks in Italy. Ehlert won the $995,00 Italian Derby two weeks ago with Bleff Dipa and last week, his Zacon Gio claimed the $780,000 Gran Premio della Lotteria in Naples by defeating Europe’s champion Face Time Bourbon.

Cokstile was scratched out of the Lotteria race in Naples due to a problem in a leg and next entry on the track will probably be in $125,000 Gran Premio Duomo in Florence, Italy.

”Regarding the schedule for next year, it will be set after we’ve seen how many mares Cokstile will get in breeding business. Since the horse’s bank account increased this week, Cokstile is already qualified for Prix d’Amérique. We’ll see how we make the schedule for him and it might be that we aim for the Lotteria (in spring 2021) and then try to defend the title at Solvalla, in Elitloppet,” said Renato Santese.

Gennaro Casillo has trained Cokstile the past months while Rocco Spagnulo was the man behind the 7-year-old Quite Easy son when Elitloppet was held in May.

French winter meeting is off and trotting

Vincennes racetrack opened its gates for the winter meeting 2020/2021 on Wednesday afternoon (Oct. 28) and the harness racing eyes will be aimed at Paris’ racetrack until the end of February next year, when the meeting closes.

Jean-Michel Bazire is usually the king of Paris and he got a great start of the meeting when he drove his Dorgos du Guez to safe victory in $87,800 Prix de Cevennes on Wednesday’s race card.