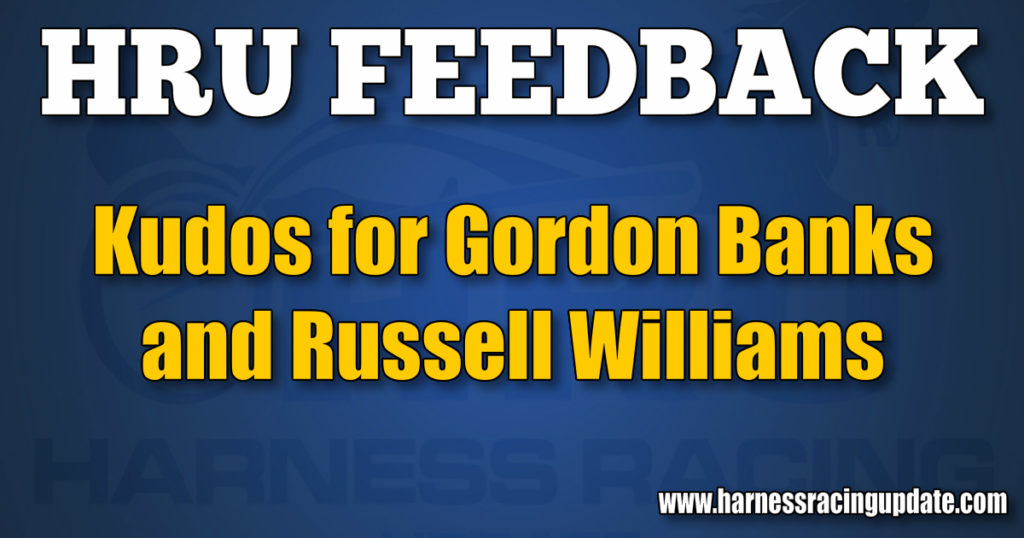 He totally said what needed to be said. USTA did nothing about the crooks in harness racing. Do you really think they will now? I don’t. I was against HIRA but realize that our racing commissions are toothless wonders. See nothing, turn a blind eye and do nothing.

I just finished a very careful reading of Gordon Banks’ open letter to the USTA and its chair Joe Faraldo (full story here).

I have been following the ups and downs of our sport since March of 1965; thus, I have the benefit of historical context when I evaluate ideas on how to not just preserve our sport, but to invigorate it for the long haul. I hope industry leaders will read his suggestions with an open mind, and not the usual harness racing, “We’ve always done it that way,” and that they will have the courage to take positive action. Gordon’s letter was spot-on brilliant.

Vet: race day Lasix a benefit to the horse; Williams has it right

I have been reading a lot of discussions about race day Lasix, Russell William’s criticism, and the support of federal government regulation. My first response is based on science, the second two are opinions.

First off, Lasix. Last I looked, Lasix is often administered by injection. At the end of that syringe is a licensed veterinarian who has taken an oath. Most likely, that same veterinarian has scoped and diagnosed the patient with pulmonary hemorrhage. Then, the good doctor will prescribe treatment aimed at helping the patient. Race day Lasix is one of those treatments. I and my colleagues take offense to any suggestion that race day Lasix is anything but a benefit to the horse.

And federal legislation? Really? Can we rake a vote to see if any of the proponents of federal oversight would want a government agent lording over their business. I think not.