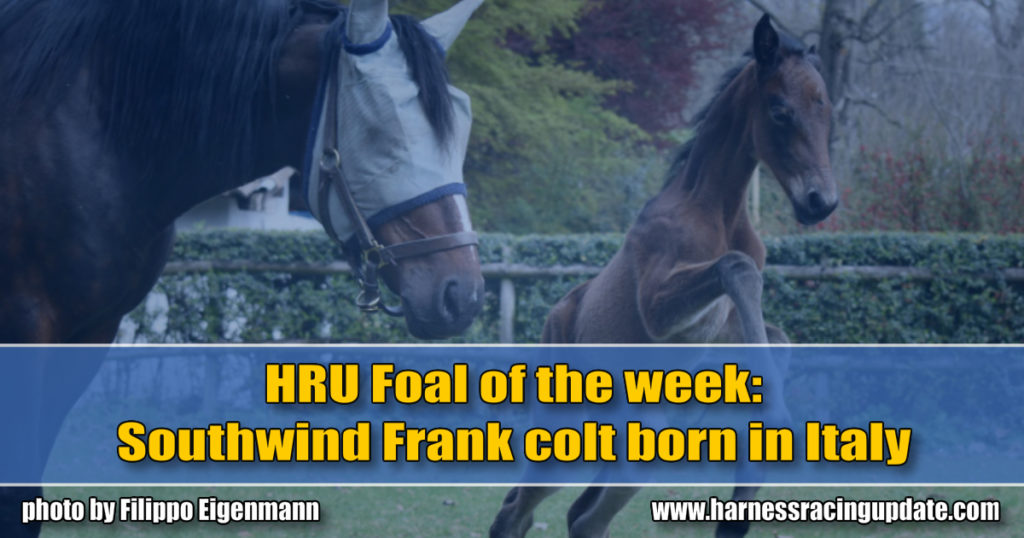 Foal of the Week

This colt, sired by Southwind Frank, was foaled on March 28 at Scuderia Sant’Andrea in Italy. He is out of Orsia, an Angus Hall mare that earned $782.262. She won many major races in Italy. This is her second foal after Camelia, a Father Patrick filly that is now 2. Orsia’s family comes from a classic American pedigree the one of Noccalula. Orsia is a sister to Vitruvio ranked fifth in the Prix D’Amerique this winter in Paris and in his career won seven Group 1 races around Europe.