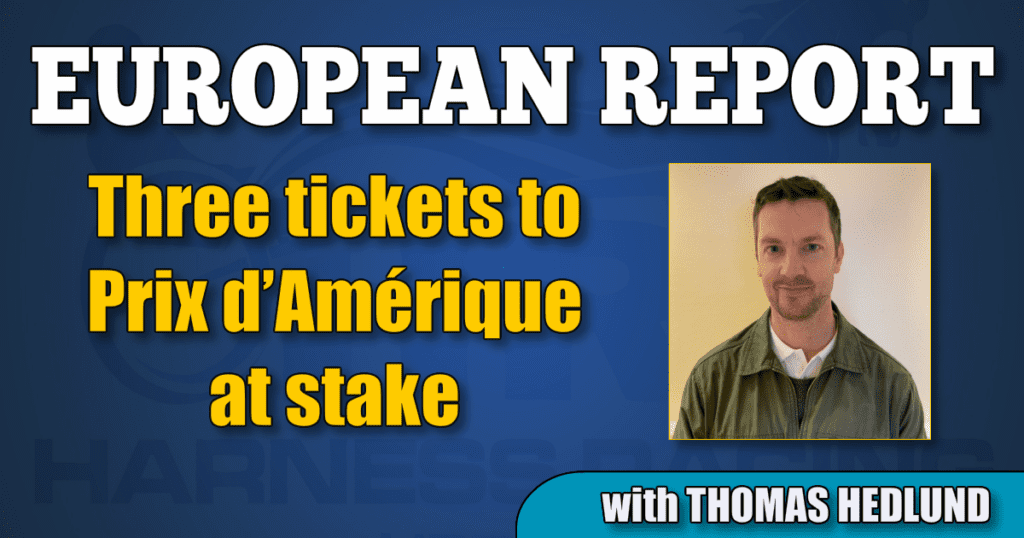 The first out of four “B-races” ahead of the Prix d’Amérique in Paris in January next year is scheduled at Vincennes racetrack today and three tickets to one of the toughest races in the world is at stake.

Eighteen trotters will chase a slot in the Prix d’Amérique and the racing fans will likely experience a spectacular race in today’s $121,000 Prix de Bretagne over 1.6 miles.

Title defender Belina Josselyn chases the right condition and will be driven by Nicolas Bazire, while trainer Jean-Michel Bazire has to watch his contenders from beside the track since he’s suspended.

Zarenne Fas was given anything but a perfect trip in the race, but there was no doubt that Riordan’s trotter was the best horse in the race. Coming four wide in the final turn didn’t stop Zarenne Fas from sprinting to a comfortable win in 1:56.2. Riordan now aims for a start in Paris in December.

“This was an impressive performance. We won in Germany, but that day everything just worked perfectly and to win a race with a last turn like today is never easy and this was a confirmation that Zarenne Fas really is a great horse. We will aim for Criterium Continental in Paris on December 22 and there he will face some of the best horses in the crop; Face Time Bourbon among others,” said Riordan.