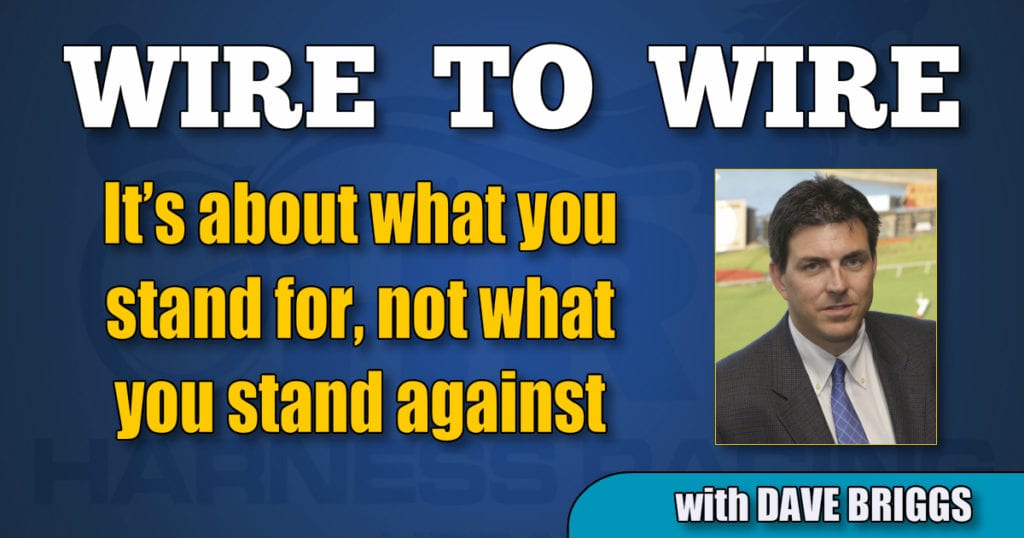 Fresh off a particularly divisive Canadian federal election, it appears Standardbred Canada’s bi-annual election for its 15-member board is proving to be equally… let’s say, interesting… given the names and sheer number of candidates for some of the open positions.

I won’t bore you with the full details about the election for the 2020-2022 term, available here:

I also won’t argue for or against any person. Everyone who put their name forward to volunteer their time to help try to steer the industry toward a brighter future should be commended.

The important point is that everyone with a vote — the election is open until Dec. 12 to Canadian residents who are Standardbred Canada (SC) members — needs to exercise that right. Voting is easy and, given the importance SC plays in shaping the future of the sport — and the fact the sport continues to strive for a sustainable future — to not vote does a great disservice to the industry by which most of us make our living.

Though six people are running for just one spot in Atlantic Canada, particularly contentious appears to be the race for active directors in the Ontario region. Six people — Blair Burgess, Ryan Clements, Mark Horner, Alex Lilley, Jeffrey Wellwood and Jim Whelan — are running for two spots.

Who will work to unite the industry, not divide it?

After all, people should be judged on their records and their ideas, not finger-pointing and negativity devoid of concrete, practical suggestions for how they would improve the industry for all.

Once you have that information — and bios for most are available at the links provided above — please take the time to do some critical thinking.

Unless a candidate promises to divulge the location of a magic money tree, it’s equally a work of fantasy to suggest the answer to our ills is simply more money, more race dates and more tracks, particularly when there is a horse shortage.

Remember, despite how much we love harness racing, declining public interest in it from the very same Ontario taxpayers already ponying up some $100 million annually to support the industry — most unknowingly so — makes it unrealistic to think more is coming from government.

When you consider that $100 million could easily be spent somewhere more politically expedient in a time of extreme debt and deficit, the answer is not to complain about how little we have, but be thankful and use it as a basis to figure out how to grow and improve our own industry.

That said, Standardbred Canada has made some significant progress in recent years, particularly in leading the charge — in tandem with John Campbell — for universal rules from coast to coast. By involving provincial regulators early on in the process, word is that weighty initiative could come to fruition in the next year or so. Improving the conditions for our betting customers is essential for growing our bottom line, which is the surest way to increase purses and, perhaps, the number of dates.

SC also made some progress in terms of a five-year strategic plan, microchipping, electronic entering and other areas.

Does all that mean one should vote for the status quo? I’ll leave that to the voters to decide.

The key is to be informed, think carefully, and, most importantly, exercise your right to vote.