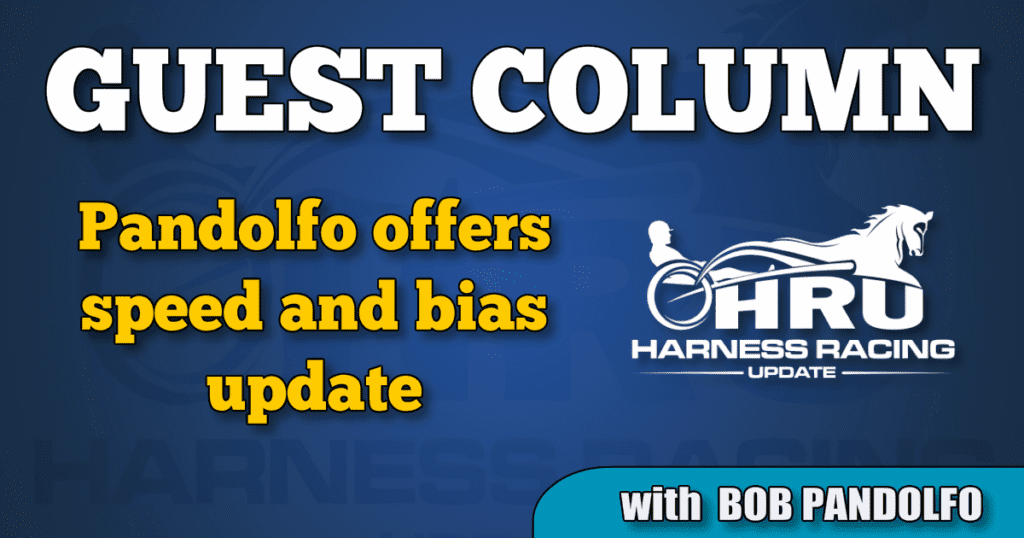 Last year around this time HRU published an article of mine about the modern day sulkies and the speed and bias they’ve created (full story here). Here’s as update: Since that time, more and more racing fans have agreed that the sulkies we’re using are not good for the sport. Trainer Brett Pelling was interviewed in HRU and here is an excerpt from that interview:

“Another really massive peeve I have towards the U.S. and Canada is that I believe that they should bring in a rule that drivers must stay in the confines of the bike. These drivers laying out the back of the bike when you’ve got a 10-horse field, the horse behind him has to cover an extra yard. By the time you times that by 10, you wonder why horses don’t win from sixth, seventh, eighth, ninth or tenth anymore because the fields are so spread out that you can’t even get them all on the TV screen anymore.

“One of the big movements that’s happening is public perception and when you’ve got drivers lying back, for whatever reason, you’re basically impeding every single horse behind them.”

Pelling said in Australia, drivers are set back for lying back in the bike and he hopes that rule gets adopted in North America.

“I think it’s a great rule, really, really well done. The bottom line is that if you win and you have a driver that’s lying back and he wins by a head or a neck, he’s taken down because that horse coming off his back would have beaten him. It’s a very easy rule to enforce. I think the public would be used to it immediately and it just makes racing so much fairer. These races now when it’s just a big drag race, with the guys laying flat back out, it doesn’t work.”

He said modern speed sulkies have also hurt the game.

“Someone asked me for one thing in the sport that I would roll back… I think every racetrack should have 10 Jerald (sulkies) in 10 different colors (that are coordinated with the post position color). Load them up and go. This whole thing with the bikes and the seats is just wrong and not good for horse racing.”

I could not have said it better than Brett Pelling did. I’ve also recorded a video that explains the difference in sulkies.

There are several ways that the sulkies have damaged the product. The most obvious is that the drivers are seated a few feet farther away from the horse. And, the drivers lean far back. This makes it much tougher for horses to win from off the pace, and the bettors know it; the inside horses are heavily bet, which results in short-priced wire-to-wire winners from inside posts. Using sulkies that make it tougher for the outside posts and closers to win is senseless. The fact that no one has tried to fix this mistake is mind-boggling. Imagine if other sports did this: “The NFL has announced that for the 2019 season, the wide receivers and quarterbacks will have to start from twenty feet behind the line of scrimmage. We want lower scoring games with scores like 3-0 or 6-3.” As crazy as it sounds, that’s essentially what we did to harness races.

When I first started going to harness tracks, Roosevelt and Yonkers in 1971, I got hooked on harness racing for two reasons: 1. It was an exciting sport where horses could win from on or off the pace. There was a lot of movement and action. I hit many winners from outside posts, and I also hit winners who were sixth or seventh at the half and circled the field and won, very exciting! 2. The favorites were winning at 34 per cent and the payoffs were good. Even though I was only 17 years old, I could see the value. I started betting superfectas, where a small wager could return thousands. I cashed several big tickets with modest wagers and became a lifelong fan and bettor.

The lure of betting horses has always been that the little guy could hit big. If you take that away, it’s not attractive anymore. Why do you think that so many people play slot machines? You could bet 50 cents and win $500. In modern day harness racing, if you want to win $500, you have to bet $700, since so many horses pay less than even money.

Just imagine that someone, let’s call him a Newbie, goes to a harness track for the first time now, and it’s half or five eighth track…and there are 12 races, nine wire to wire winners, two pocket winners, one first over winner, eight winning favorites with four of them paying less than $3. How about if this Newbie bet a few horses that were sitting sixth at the half and they stayed sixth and never got into contention at any point? The Newbie would have to be thinking, “What kind of racing is this? All of the winners sat first or second. Why are the payoffs so much less than at the thoroughbred tracks?” If that was what harness racing looked like in 1971, I doubt that I would have come back. Would this Newbie come back?

Sure, there are still some good harness races. A lot of people complain about the racing at Yonkers, but some of the Levy series races this year were excellent, the best races I’ve seen this year. But that series featured some of the fastest horses in the sport racing for $50,000 purses. Generally speaking, it’s true that the racing at Yonkers (and many other tracks) is disappointingly predictable. And, the sad thing is, it doesn’t have to be.