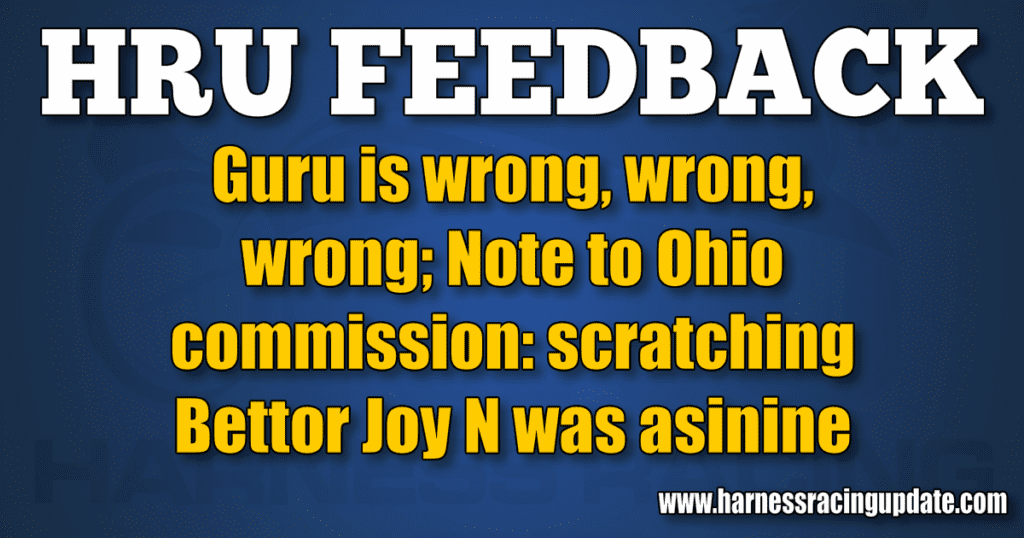 Anyone who does not think the correct call was made in the Kentucky Derby is wrong! (full story here). I appreciate that everyone has an opinion, but if you are a proponent for horse racing, then you know the right decision was made.

Plain and simple, rules are to be applied evenly. Rules CAN be changed. BUT rules should NOT be broken.

Most people who feel there was an injustice in the Derby feel that way because on the magnitude of the race. Rules should be applied differently than, as Guru puts it, a $5,000 claimer.

Let’s see… Guru in his column on May 10, 2019 said, “To me it’s like the ref at the Super Bowl, the NBA finals or the NCAA final four, LET THEM PLAY, don’t ruin a great event with overzealous decisions”

On Jan 25, 2019 Guru had this to say: “For sure Sunday was one of the worst officiating days in history and in my humble opinion the Saints got cheated out of a spot in the Super Bowl and if I wanted to push the envelope a bit the roughing the passer call that extended the Patriots march to victory could have prematurely ended the Chiefs season. In games of such importance all calls should be reviewable by request.”

This was the Friday after the NFL semi-finals where the “no call” that kept the Saints from the Super Bowl. On that day he wants the rules applied to both NFL games, but in the Kentucky Derby just “LET THEM PLAY”. Huh?

My point exactly! Rules need to be applied. If the rules are wrong, then fix them… AFTER the game. You must have integrity, especially when money is being wagered. You leave as little to interpretation as you can. Maximum Security changed lanes, made contact to another horse and created a chain of events that could have resulted in injury to both horse and jockey. I don’t care if it was not his fault. If he was spooked by the crowds in the infield, then don’t allow people to go there! Of course that would be a loss of revenue and we know that’s more important than the safety of the horse and jockey. (Let’s give PETA more to prove their case)

My $2 spends exactly the same whether it’s the Derby or a $5,000 claimer. This sport has enough problems than to say. “Oh sorry… had this been a $5,000 claimer you would have won on #20, but it’s the Derby, so tear up your ticket.” I had Maximum Security and I knew he was coming down. That’s racing luck. The best horse does NOT always win. By your own admission, Game Winner was the best horse. He didn’t win and neither should Security, because he broke the rules, clearly. That’s the way it goes.

AND…that’s a fine line to start letting stewards decide if a horse was the best or not after making an infraction. What if four horses went down and he won by 20 lengths. Should we say he was the best anyway? But because they were only impeded, we should declare Security the winner.

Also, the fact that the Stewards or someone high up in racing didn’t go on television and social media to explain why the decision was made, not only because rules were broken, but because it is not fair to both owners and gamblers of the other horses involved, is ridiculous. We cry for transparency and yet they left a cloud of uncertainty, especially with the thousands and thousands of casual and uneducated fans. Of who will not come back because they think they were cheated.

Note to the Ohio Racing Commission: IT IS 2019! The recent scratch of Bettor Joy N at Miami Valley Raceway was asinine. Last time I checked, the USTA is also located in Ohio and apparently had previously explained microchipping to you. This is just another fine example of Ohio still asleep and thinking it’s 1940.