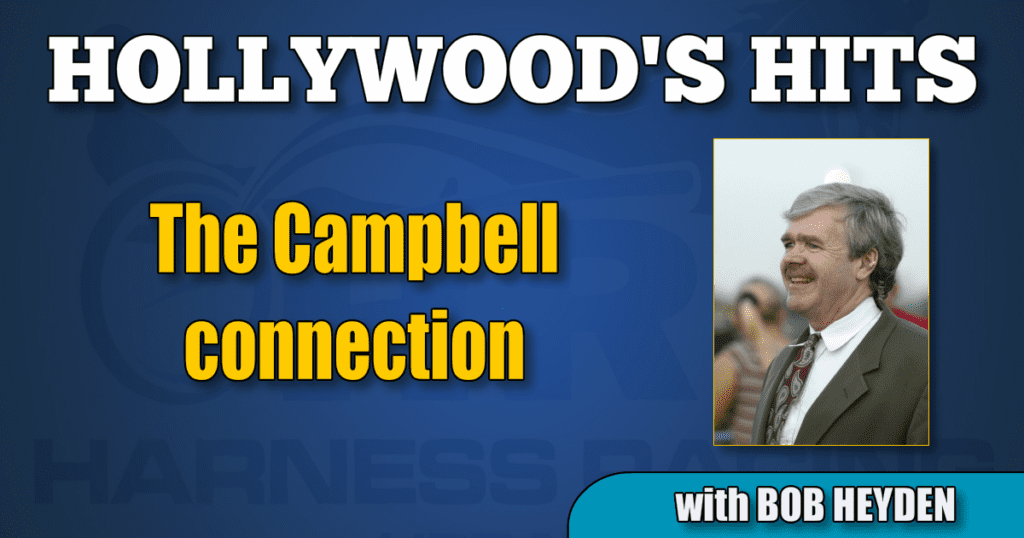 No surprise here: John Campbell has direct ties to the five trainers who are going into the Hall of Fame this year:

2. Linda Toscano worked for John Campbell, and that duo also teamed up to be third with Share The Delight in the most famous of all races held at the Big M — the 2008 Meadowlands Pace won by Art Official over Somebeachsomewhere.

5. Blair Burgess and Campbell go back to Amity Chef (third in the 1986 Meadowlands Pace as the favorite). Campbell also drove Real Desire in 2001-2002 to earnings exceeding $3 million and including two Breeders Crowns and a Hall Of Fame nod himself. Glidemaster won the Triple Crown in 2006 with Campbell driving the first two legs for Burgess before the driver was injured.

Remember when they were drivers?

A couple of names from the Dan Patch Awards Night in Orlando were trainers of significance who were so honored: Joe Holloway and Jo Ann Looney. But, remember, they drove, too.

What was a 2-year-old doing in the first Woodrow Wilson with racelines from the year before?

In 1977, Testing Times raced in the first Wilson won by No No Yankee.

Can you name the four horses — standardbred and thoroughbred — which won the Horse of the Year award in the only years they raced?

It has not happened in 39 years.