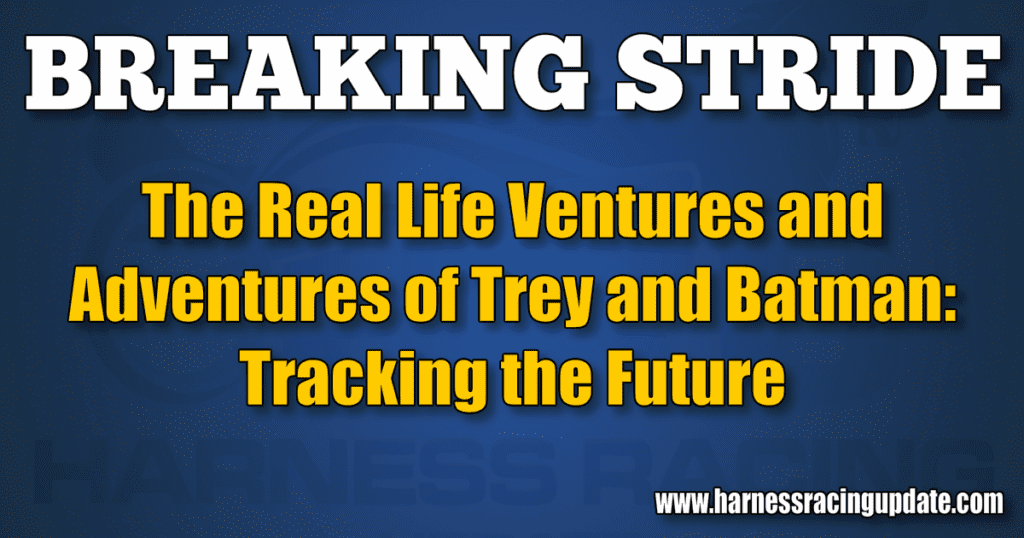 Walter B. Paine, DDS, would not have been my choice for a dentist. The name did not bother my friend from Silicon Valley. He emerged from the front door after his cleaning and slid into my front seat.

I said, “I always figured uber-rich people would have dentists who made house calls.”

“You figured wrong. We floss and have tartar removed one piece at a time, just like everybody else.”

He officially opened the meeting as I made a right turn out of the parking lot, “In our previous session, you proposed an idea — an investment group constructs a harness training center in Hardeeville, South Carolina, just off I-95, the primary north/south highway. The facility is to be adjacent to a massive, upscale, RV center under construction for snowbirds and travelers.”

“Obviously, anything with the potential of finding racing fans is good. The problem with your idea is that investors will not see much of an upside. Even if the training center proves popular, where is the revenue? You can’t even wager on horse racing if you live in South Carolina.”

I replied, “True, at this moment, South Carolina is a black hole of gambling.”

“That would seem to work against your idea.”

I wagged my finger and said, “The future my friend, that’s what you are always blathering about. The future will not look like the past.”

He put his fingertips together near his lips, gave a little head bob, and said, “Take me to your future, Yoda.”

“There is a website named State-by-State Sports Betting Bill Tracker. It keeps track of the progress each state is making towards sports wagering. The site looks like one of those CNN maps of America on election night with states shown in different colors. Ever since the gambling laws changed last June, they color in the states that open the door for gambling. As of today, the list is up to eight states that have enacted legislation. They predict how far along the other states are in passing legislation.”

I handed him my phone and he read off the screen, “Introduced in 2017, House Bill No. 3102 would have amended South Carolina’s Constitution to allow “sports betting on professional sports.” Any betting would have been “strictly” regulated and limited to “specified” areas. According to a court document from the now-resolved New York daily fantasy litigation, South Carolina’s current definition of gambling “includes betting money on the outcome of any ‘game,’ regardless of the skill involved in the game.” The bill was not enacted prior to the close of the last legislative session.”

He handed my phone back and said, “Your long-range plan is to be ready for the legislation?”

“Yes. Build a nice facility, sort of tread water and bend ears so that when gambling comes, the training center could be the area that is ‘strictly’ regulated and limited to ‘specified’ areas in the legislation.”

He chewed on this for a few seconds and said, “In horse racing, a clean slate in a virgin state would be easier.”

“Exactly, it is easier to build yourself a new house than it is to rehab a shack owned by 16 people. This new house is long overdue, like 80 years overdue. South Carolina probably likes horses and racing just as much as any other state, maybe more. They proved this in 1938 when two brothers from Mullins, South Carolina, leased some property and built Washington Park Harness Race Track in downtown Myrtle Beach. On opening day, the grandstands were full. Myrtle Beach enjoyed harness racing, but wagering was the thorn in their side. The anti-gambling forces pushed back and despite attempts to try several forms of gambling, Washington Park Race Track had a run of merely nine years until the South Carolina Supreme Court slammed the wagering door.”

He asked, “So you think racing could come back when the legislation winds shift?”

I answered, “Among other things. Money could arrive by opening a racetrack on this site following gambling legislation. South Carolina is starved for sports. They have ZERO professional sports and harness racing would be unique. Racing and gambling have been missing in the Palmetto state since the dinosaur era. Presented properly, this could be as if a cork pulled was from a dam. Even if the legislation doesn’t come through, although you have told me you think it is inevitable, this center with horses training in front of new faces could be fun and interesting.”

I took a breath and finished my pitch, “Take a look at the revenue streams for my pipedream — training fees, travelers, tourists, a gambling hub located in the fresh territory, maybe on-track wagering. Dude, can you see a sliver of light?”

He nodded. “I can. Multiple revenue streams are always good, being ahead of the curve is good, additional exposure is good and trying is good.” He paused and then asked, “Would you put your money into a venture like this?”