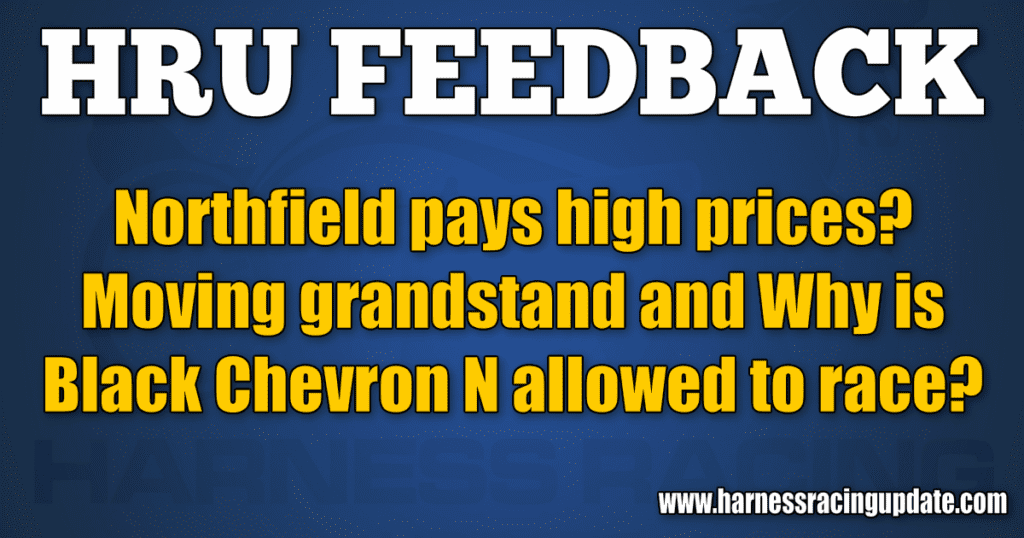 I am not normally befuddled by the opinions of others. However, a recent letter to the editor (full feedback here) claimed of the regular high prices paid at Northfield Downs Raceway. I rarely bet on Northfield for the exact opposite reason. Race after race is won by whichever horse has the lead at the first quarter pole. Most of the time, the wire-to-wire winner pays $2.60. I believe Northfield was called “the track with the sweeping turns” years ago. Yes, having a 50-1 shot might lead to a single in the Super Single Six. But, it does not alter the fact that Northfield is a chalk-favoring track. It is quite likely that the person who had that winning ticket had pressed the ALL BUTTON in the 50-1 race.

I enjoyed the article (full article here) and I am just wondering if this idea may be somewhat possible on a much different/smaller scale?

Could racetracks provide comparable, more exciting race coverage by constructing a moving rail-mounted camera around the perimeter of the track? The camera(s) could closely follow the action and provide everyone near a monitor a stride-by-stride, up-close view of all the action. This would include track attendees and hopefully home viewers.

I imagine the cost of this scaled-down approach could appeal to many racetracks and maybe could be developed much sooner than the very attractive “train”.

Why is Black Chevron N allowed to race?

So he was head-strong and did a few extra laps. I am more interested in a story no one mentions. That is that a horse named Black Chevron N raced Wednesday at Saratoga and was 20 cents on the dollar. He obviously had a medical issue and was basically pulled up beaten more than 40 lengths. The reason I bring this up is because he did the same thing at Yonkers two months ago. He took a ton of money and basically had to pull up before the half. So this horse has some medical problems. Why are the officials allowing him to race? I tried to call the New York Racing commission today to get an answer, but after I was transferred a couple times, I just got to leave a message on a machine. No one has gotten back to me. With all the problems with harness racing today, this appears to just be ignored. As a lifetime race-tracker, I am very concerned with the black-eye on the integrity of the sport that these types of issues bring.