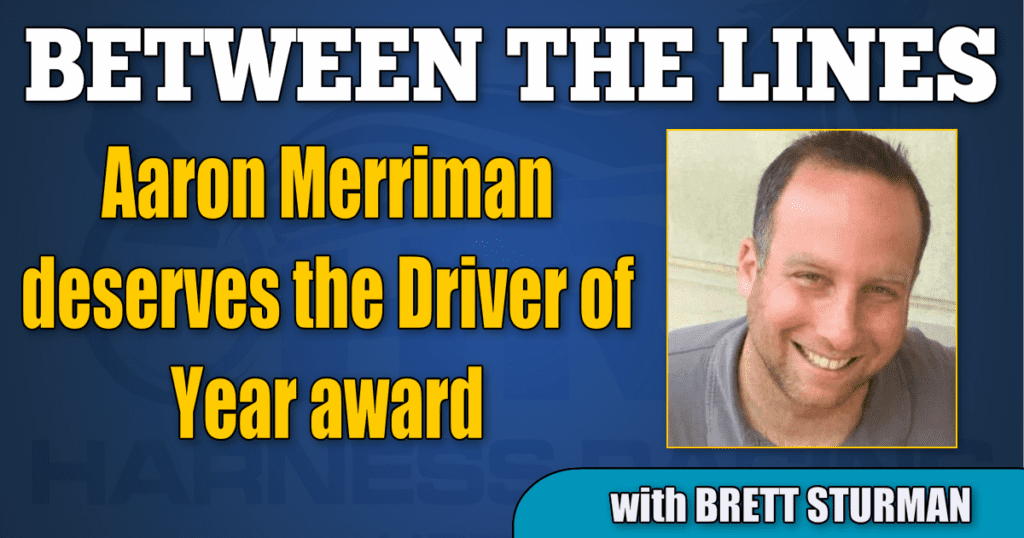 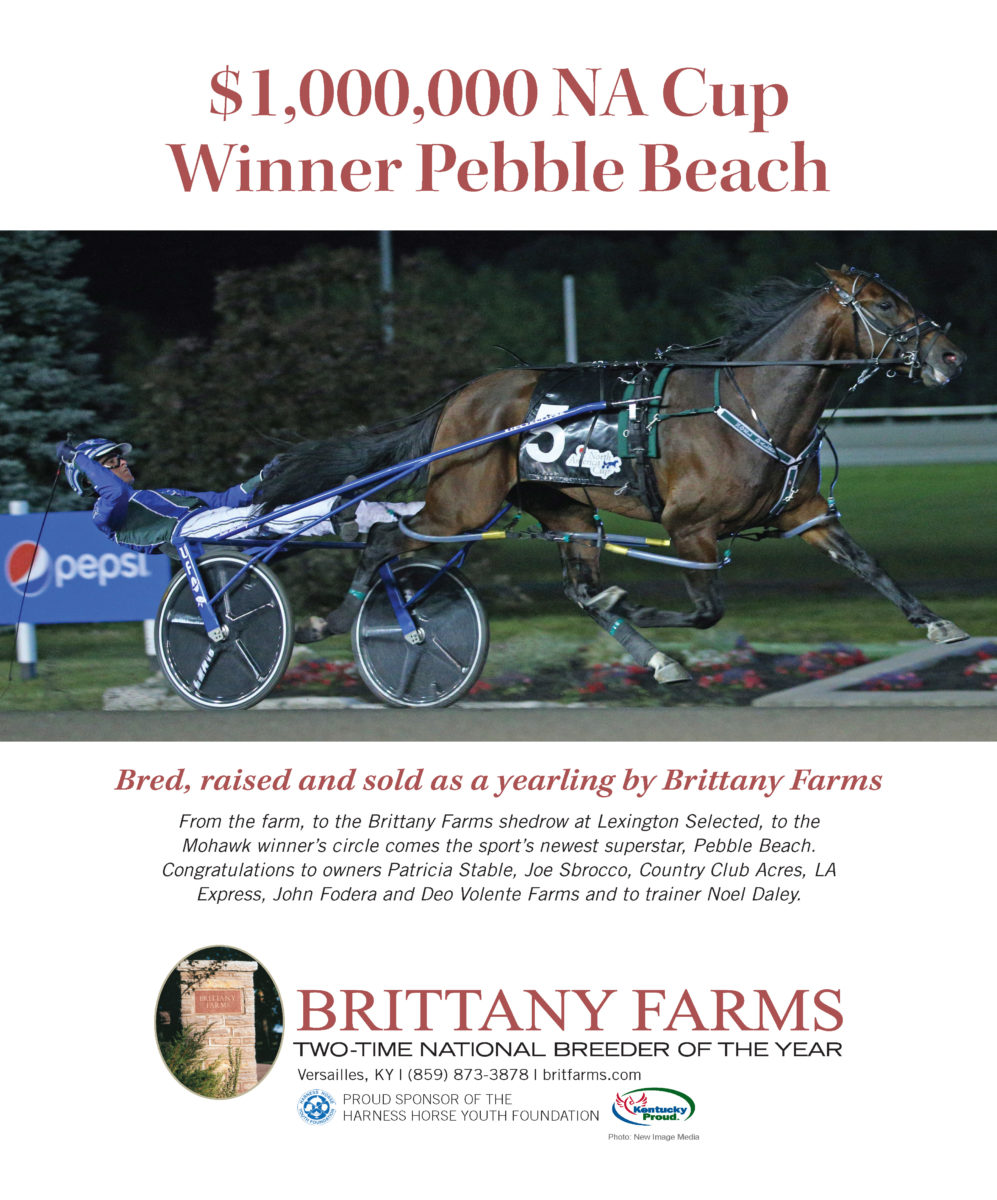 With only two years left in this decade, no one other than Tim Tetrick, Yannick Gingras, Dave Miller and George Brennan has been awarded as the United States Harness Writers Association’s (USHWA) Driver of the Year award. All those drivers have won the award twice over the past 8 years. This year, it would be very easy to again give the award to a Tetrick, Gingras or Miller based on their seasonal successes. But at an absolute minimum, a good long look should be given to the year’s inevitable dash winner, Aaron Merriman.

With 955 wins as of Thursday and probably increasing during this writing, Merriman is set to comfortably break through the 1,000-win plateau for the second consecutive year. In the process, he’ll be the first driver to ever win at least that many races in a year two different times. It will also be Merriman’s fourth consecutive leading dash title. It isn’t, though, the string of consecutive dash wins that is the reason why Merriman should be considered for this year’s award – he should be considered for his feats this year alone.

As usual, Merriman is miles clear of his next closest competitor in the win column. After Merriman’s 955 wins, the next best is Ronnie Wrenn at 649 and then George Napolitano at 614. Dan Noble is the only other driver this year with more than 500 wins.

The main difference with the year Merriman is having now compared to recent years, is that this year he has Driver of the Year type earnings to go with the number of wins.

With over $9.1 million accumulated thus far in purses earned this year, Merriman is third best among all drivers. Just a shade ahead of David Miller, he trails only Gingras by about $1.5 million and then it’s another $1.6 million to Tetrick who owns a commanding earnings lead over everyone at $12.2 million.

By contrast for Merriman, despite his 1,095 wins in 2017, he finished with $8.7 million in earnings. Far from shabby, that was only good enough to place him in 7th in that category. Two years ago told a similar story where Merriman’s earnings that year of $7.6 million were only good enough to be 8th best.

This year is different because now, in addition to being the runaway winner for the most driving wins, he’s right up there with the very best in earnings, too. There isn’t a hard and fast set of numbers that say if you meet these numbers then you will be Driver of the Year, but if Merriman can get to both 1,000 wins and $10 million in earnings, that’s entering rarified company.

In addition to the earnings to compliment his wins, Merriman has broken through this year with a couple of big open stakes wins on the Grand Circuit. These signature wins include the $250,000 Jim Ewart Memorial with Split The House, and the $200,000 Charlie Hill with Homicide Hunter. Both horses were trained by Chris Oakes. While these wins are helpful in adding to the bankroll, they are even more valuable resume enhancers when being considered for year-end awards.

Even if Merriman were relying on the number of wins alone to bolster his case, it wouldn’t be the first time that a driver won the award based on the strength of wins.

In 2008, Tim Tetrick tied for the USHWA Driver of the Year award with Dave Palone. For Palone, his 885 wins were a career best, but it was likely that in combination with the jump from a previous career best of $5.6 million in seasonal earnings to over $10 million in 2008 that got him the co-honor. Proving that earnings isn’t everything, Tetrick earned an all-time harness racing record of $19.7 million in earnings that season but it wasn’t enough for him to take the award outright.

There’s going to be drivers who have a right to take exception to this, but the only driver I see that should be standing in Merriman’s way at this point is Tetrick.

Even by his standards, Tetrick is having a sensational year and will wind up with his highest seasonal earnings since 2013. Tetrick has driven horse of the year contender Shartin N the entire season, has notched multiple big wins with Crystal Fashion, and won the Jugette and a Breeders Crown. It’s an incredibly strong resume and I wouldn’t blame anyone for going in his direction.

Essentially the same can be said for Yannick Gingras. He’ll wind up second in earnings and has won too many major stakes to count, including marquee wins throughout the year with Manchego, Warrawee Ubeaut, Ariana G, Hannelore Hanover and others. Ditto for Dave Miller, who won the Meadowlands Pace and Little Brown Jug this year with Courtly Choice.

It’s never easy, but what the Grand Circuit drivers do every year is repeatable because of the power stables that they all drive for. With over 4,000 starts and thousands more miles of travel this year between Northfield Park and The Meadows, there’s no question that Merriman has done it the hard way. It’s also been a season that saw Merriman notch his 10,000-career win earlier this year in March.

In his career year, Merriman’s number of wins combined with the amount of earnings is a unique accomplishment. It’s an accomplishment that should garner him serious consideration for the Driver of the Year award, if not the award itself.