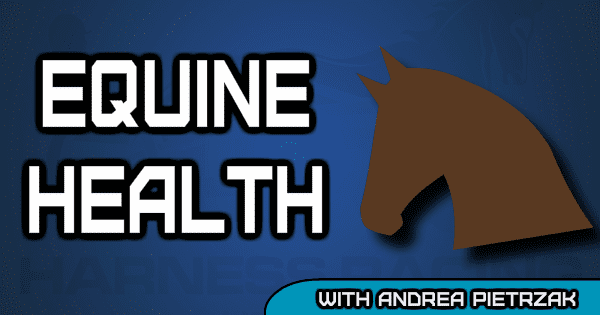 Number and severity of equine respiratory problems expected to rise

Pulmonary troubles such as asthma, inflammatory airway disease (IAD) and sinus infections are purportedly rampant in both the Ontario standardbred and thoroughbred populations at present. More troublingly, experts predict that if extreme weather trends continue long-term, the number and severity of equine respiratory problems could increase.

After a July that saw temperatures across Canada hit record-breaking highs, August has brought yet more weather extremes. From air quality alerts to torrential downpours and stifling humidity, current climate conditions make it tough to keep racehorses healthy. This is particularly the case when it comes to respiratory health.

Just like its human equivalent, the equine respiratory system affects the body’s endocrine system. This means that along with preventing infectious particulates or toxic gases from entering the bloodstream, healthy lungs can affect the overall production of white blood cells.

Unlike humans however, equine respiratory system is designed to maximize oxygen intake at high speeds with minimum energy expenditure. During a gallop, inhalation and exhalation occurs once per stride. This means that over the distance of one kilometre (0.6 miles), the average galloping racehorse will cycle 1,800 litres (476 gallons) of air through its lungs, trachea and nostrils at the rate of approximately 38 litres (10 gallons) every second.

The sheer amount of air cycled through the lungs in a matter of minutes – or less – not only produces significant physiological strain but can also minimize the effectiveness of the lungs’ filtering capacity. Thus, racing and high-speed exercise can exacerbate the negative impacts of extreme weather conditions on the equine respiratory system.

According to new research conducted by the Ontario Veterinary College (OVC) at the University of Guelph, the presence of inflammatory airway disease (IAD) in racehorse populations is far more common than previously thought. Since the disease has no observable symptoms other than poor performance times, it is easily overlooked and typically requires endoscopy or thoracic ultrasound for a definitive diagnosis.

With IAD, the tissues of the trachea and lungs become inflamed. Unlike asthma, where the inflammation typically subsides with removal of the irritant and/or medication, with IAD the inflammation is persistent.

The prevalence of inflammatory respiratory conditions in horses seems to correlate to both seasonal pollen load and the concentration of ground-level pollutants. Earlier spring thaws and the delay of fall frosts have extended the duration of plant blooms in regions like southern Ontario. Simultaneously, warmer temperatures have allowed invasive southern species that are naturally heavy pollen-producers – like buckthorn and creeping thistle – to proliferate. Thus, there is an increasing amount of seasonal airborne pollen in many regions across Canada year over year.

Young racehorses and horses with weak immune or pulmonary systems are especially vulnerable to rapid fluctuations in ambient temperatures. High humidity and warm temperatures can induce mucus or nasopharyngeal secretions, while damp weather and cold temperatures can create mucus pools in the lower respiratory tract. Either way, when liquid droplets are suspended in the air for extended periods of time, the number of pneumonia infections increase.

The prevalence of infectious bronchitis and pneumonia seems to be further exasperated by extremely rapid temperature changes. Surveys of human hospital admissions in Ontario show a huge spike in pneumonia admissions when changes of temperature greater than 20 degrees occur over the period of 48 hours. This trend is especially widespread when the transition from season to season is extremely abrupt.

So far, veterinary diagnoses of equine pneumonia have not been tracked but the supposition is the trend in a horse population would be identical.

Warmer and wetter summer weather has already expanded the range of certain disease-bearing parasites such as ticks and mosquitoes. Consequently, respiratory equine disease caused by infectious fungal and bacterial organisms is on the rise in southern Canada. Some horse racing jurisdictions have seen outbreaks of airborne contagious diseases like Equine Herpesvirus 4 (EHV-4). When not deadly, such respiratory ailments can leave residual complications like pulmonary scaring, severely constricted airways and long-term immune weakness.

Though rarely severe or deadly, chronic fungal infections can persist in the lungs and sinuses. In fact, research indicates many equine respiratory fungal infections require the use of multiple medications dispensed over a period of months with some infections only responding to surgical intervention.

While the weather isn’t in our control, there are common sense ways to mitigate the impact of extreme weather on a horse’s respiratory system. Barns, stables and racing paddocks should be equipped with good ventilation and airflow. Racehorses should have limited heavy exercise or vigorous paddock turnout during periods of peak heat and poor air quality. Vaccinations should be current and new vaccinations should be considered if there is evidence of new or invasive disease-bearing parasites in the area. Invasive plant and animal species may necessitate spraying foliage around barns and using insect repellents for pasture turnout.

Most importantly, racehorse managers should consider intensifying the monitoring and testing of the respiratory systems of all horses in their care when the weather gets extreme – even those horses that have had no previous or obvious respiratory problems.