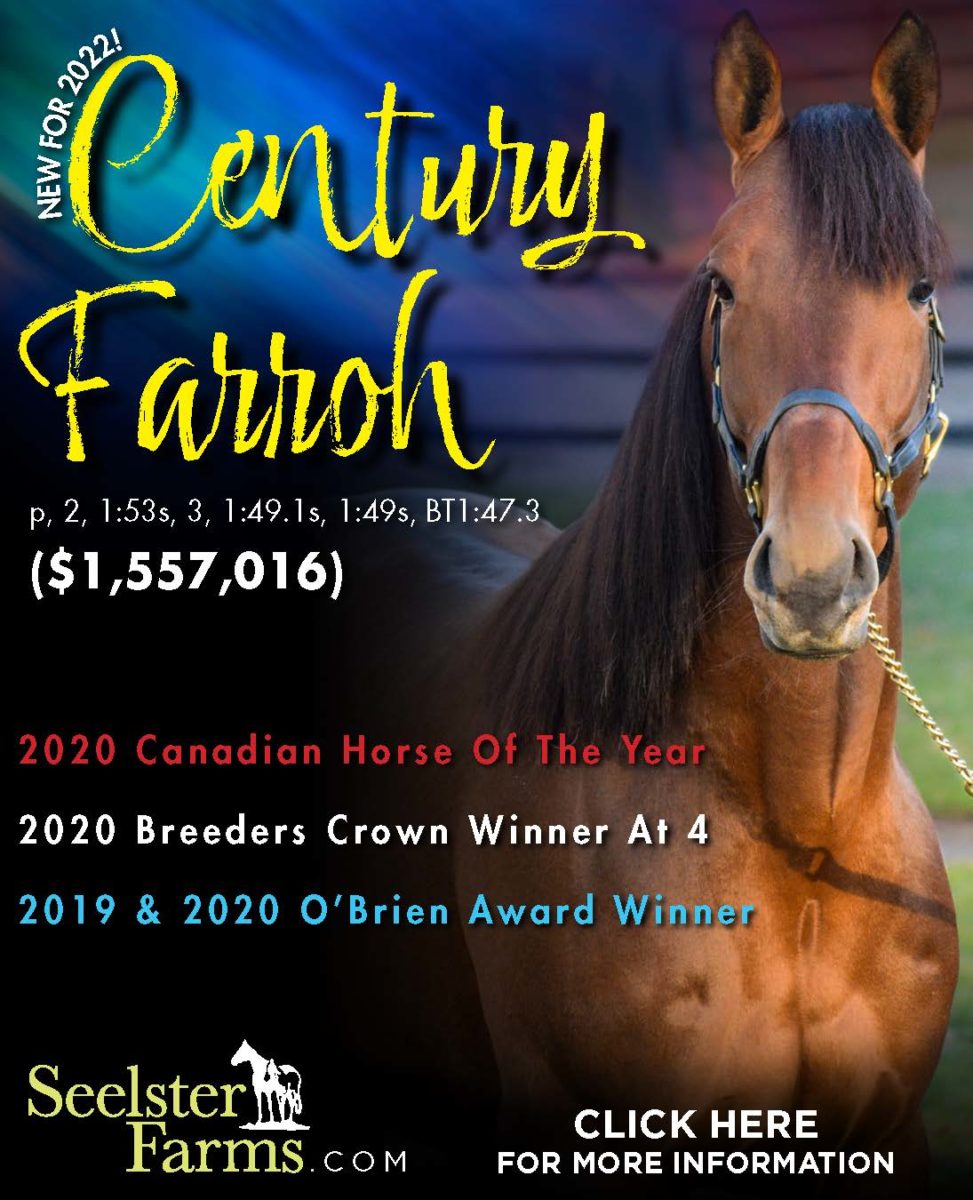 It’s not every day you see an 84-year-old trainer/driver take one of his homebreds down the road to win a pari-mutuel race. But Ontario veteran Bill Megens did just that on Wednesday night at Grand River and his victory immediately got Twitter buzzing.

Megens, who last reined a winner in July of 2015, was piloting his homebred Willyorwonthe in the featured Preferred 3 trot and he made the most of the advantageous inside starting slot. He sent his five-year-old gelding to the front at the outset and the duo set all the fractions of :28.4, :57.3 and 1:27 before coasting home two lengths in front of a game but defeated Eternal Quest. It was the 18th career win for Willyorwonthe, who was sent off as the 7-5 second choice by the wagering public. The altered son of Angus Hall out of the Eager Seelster mare Mikestory stopped the teletimer in 1:56.3.

Megens’ win – his 1,185th – was noticed by some prominent local horsemen. Driver Jody Jamieson – who has been on a tear at Mohawk Park himself recently – tweeted: “85 yr old Bill Megens just won with his home bred namesake #willyorwonthe An amazing feat for some, just another day at the office for Bill. He won’t see this and it won’t matter!!! What a human!!!!”

Double J’s tweet started a brief conversation about whether of not Megens —who resides in Puslinch, ON — was the oldest driver to win a race, but it was pointed out that he is not, nor is he even really close to eclipsing the record set by Leo Burns on July 9, 2012. It was on that day that 97-year-old Burns guided eight-year-old trotting mare Winsome Wyoming to a two-length, 2:07.1 win at the Wayne County Fair.

For me, Megens win brought back fond memories of my youth, much of which was spent at Greenwood Raceway. I can remember that one of my first favorite racehorses was a grey trotter named Smoke Fog that was campaigned by Megens in the ‘70s. I also immediately recalled Megens’ Miami Beach and his tremendous 16-race win streak taken on the Ontario Jockey Club circuit in the horse’s final year of racing in 1980. Megens gambled that no on would claim the classy gelding if he dropped him into the lowest claiming class because at the end of the season they would have a retired horse with no earning power on their hands, and he was right. Every week for months I headed “downtown” to bet Miami Beach and without fail, he came through, and on several of those occasions, he did not go off favored by bettors.

Wednesday was certainly a night to remember for Megens, but as Jamieson noted, for him it’s likely just another day at the office.