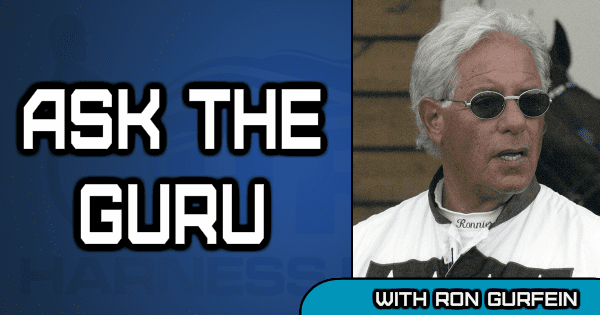 Game-changing horses, trotters that run down and whether small or large stables are better

Nick Salvi asks: Hello maestro, thought of a query, among all of the great horses you trained, which meant the most to your career, which was your favorite and what was the horse you trained that you felt would have been great but wasn’t and the reason why that was so?

Long question, but interesting and really took a lot of thought. Obviously, my career became vertical with my exposure at the Meadowlands. Training horses like Franconia, Cayster, Kerry’s Crown, Imperfection, Baltic Striker, and MB Felty all edged my career forward, but they all had something in common. I never selected one as a yearling and never trained any of them at two. They did solidify my reputation as a good trotting horse trainer and provided me with a great owner base for the moment, but looking back none of them were life changing for me. I was training for the best in the business, Lou Guida, Phil Tully, Andy Grant, Larry DeVan and David James but none of them gave me a commitment to buy yearlings.

When I had the sale company of Brewer and Gurfein, before the untimely death of my partner Max Brewer, I became friends with Frank Antonacci of Lindy Farm. He was working for Phil Tully at Woodstock Stud. When Howard “the Boss” Beissinger retired Frank’s uncle the Frank Antonacci of Crown Stable needed a trainer. Little Frank, as he was known then, influenced Big Frank to give me the horses. The only brighter day in my life was when my children were born. Crown stable had fine-bred horses and fortunately I did well with their stock. When fall came, I got the great bred trotting yearlings of Crown Stable and among them was Lady Starlet. She was undefeated at two, winning the Merrie Annabelle and $250,000 in only eight starts. Crown’s next crop included the best looking colt I ever saw, as well as the career changer for me — Victory Dream. Although his two-year-old season was limited to five starts due to an evulsion fracture in his right front leg, he showed so much talent that there were a myriad of prospective buyers. Here is where the game change came. George Segal’s Brittany Farm was interested and had him vetted out. I will not divulge the name of the veterinarian, but his report was horrifying to say the least and team Segal backed away. But in their place came a wonderful group, and if I leave someone out please don’t shoot me: Lindy Farm, Walnut Hall (AJL), Per Erickson and Jimmy Takter to name the ones I remember.

We all know what a wonderful year it was for the big bay colt winning the Hambletonian and over $1 million and hitting the board in 13 of 15 starts. One person was particularly impressed, and that was Art Zubrod (the heart and soul of Brittany Farm). He told George Segal that if I could do what I did with Victory Dream after reading that vet report “we should give him some horses to train.” Well that was 1994 and I trained some really great horses for Brittany Farm for the next 20 years. But looking back Victory Dream launched my career.

My favorite horse was, without question, Continentalvictory. I have trained many fast horses, but she was different. She had more desire to win than any horse I ever drew a line over. Her victory in the 1996 Hambletonian was to many the most courageous performance by equine athlete of any sex or gait. Then winning the World Trotting Derby after being parked the first heat in 53 seconds to the half, was nothing short of miraculous. “Connie” as we called her was the last 3-year-old filly to beat the boys, and she did it in grand style. I have seen some really great fillies in the last 21 years try and fail to mimic her feats.

The last part of the question, one that didn’t live up to my hopes would have to be Mr. Vic. He had a good two-year-old season and came out like gangbusters in his three-year-old campaign and going into the Hambletonian I thought he could have been the best. However, he injured a suspensory in the warm ups and was never to race again. Then to add insult to injury, no pun intended, he was a less-than-spectacular sire.

Jerry Riordan (recent winner of the Yonkers International Trot in world record fashion with Twister Bi and soon to be testing the waters in Paris) asks: Dear Guru, I noticed that over the years you seemed to prefer white brace bandages on your trotters as opposed to shin boots. Any particular reason? Lastly, was it you that coined the phrase he couldn’t train a pig to get dirty?

I really didn’t use brace bandages much. What you were looking at was white vetrap, which is neater, lighter and waterproof. I did change from white to black after I got to watching some of my less than wonderful gaited pupils on TV and realized how much the white brought out the flaws. I do however recommend old fashioned cottons and vetrap over boots for two reasons. One, they widen a horse out more than boots and two they provide a far smaller target for interference. However if you have a horse that really pounds his shins stick with trotting boots.

No, I didn’t coin the phrase about training a pig to get dirty. That quote comes from the Pride of Dalton Georgia, John Sonny Patterson Jr, but my gut feeling is that he got it from his dad Big John.

Cynthia Milano asks: Hi Ron I find your articles in Harness Racing Update very enlightening, one can never learn enough in the horse business. My question is about trotters that run down. I have an 8-year-old that runs down badly. It’s much worse on the right where he does have a suspensory.

Running down in standardbreds is a major problem that has to be addressed immediately because the pain is excruciating and eventually will change your horse’s gait entirely. Horses are going faster year to year and the quality of the tracks surfaces are becoming poorer. Between the speed and the grainy surfaces more horses are sliding than ever before. That is what causes a horse to run down. The dropped suspensory only exacerbates the issue.

To cure this problem you can go from mild to wild. Start simple and try to use the easiest of methods. First get the angles of his hind feet as high as you can — 60 degrees is not out of the question. Make sure you hind shoe has some kind of grab like a swedge or borium. If he is still running down you have to be more aggressive. Putting degree shoes on will ultimately work. Start with one degree and increase up to three degrees. I think three is the maximum, any higher you are looking to break an ankle. I have had more than my share of horses needing this procedure and I have never seen one that the degree shoe wouldn’t cure. As for the suspensory part of it, the higher your angle is, the better off you are and your horse is eight years old it hard to believe the leg isn’t set and should remain so.

Please buy some rundown patches to use while you are trying to figure this all out, they will prevent any excessive damage along the way.

Joel Kravet asks: Is it better to have a horse with a trainer that has a small stable and actually handles the horse on a day to day basis or a large stable where the trainer rarely sits behind the animal? How can a trainer make sure the horse is fine without sitting behind them?

Joel, it is a loaded question and I refuse to fall in the trap. Your point is well taken, but there are different situation that require your attention. Nine of the 12 Horse of the Year categories were won by three trainers — two train 80 horse stables and one trains 200 horses. If you had a horse that required special attention then you would certainly be better off in a small barn but to me the name of the game at the top is DRIVER. The big barns have the best drivers locked up tight. The small stable guy has no chance of getting a top jock unless he has a wonder horse. If you want to have fun and get the most out of your dollar a top small trainer will be a more pleasant experience — especially within the communication factor. But to get the gold ring you have a much better chance in the big factories. It is sad but true. You even get the advantage of being separated from their entries in elimination races. I never had a really big stable, most likely because I only trained trotters. It is hard to find a dozen top trotting yearlings let alone 100. But that wasn’t in the era of Takter and Burke. When they have the best drivers in the sport under their thumb you are swimming upstream trying to beat them. For 20 years I had the privilege of putting Mike Lachance on every entry, never having to call the judges to see who he selected because it was automatic/ Today, even the biggies fight over Yannick Gingras.

I want to thank all my readers for there input and please keep the questions coming in. I am really happy to be hearing from the European owners and trainers. Next week will feature a question from Art Zubrod on subject of the proposed new rule from WEG and GURAL. Should be more than interesting…
Have a question for The Guru? Email him at GurfTrot@aol.com.