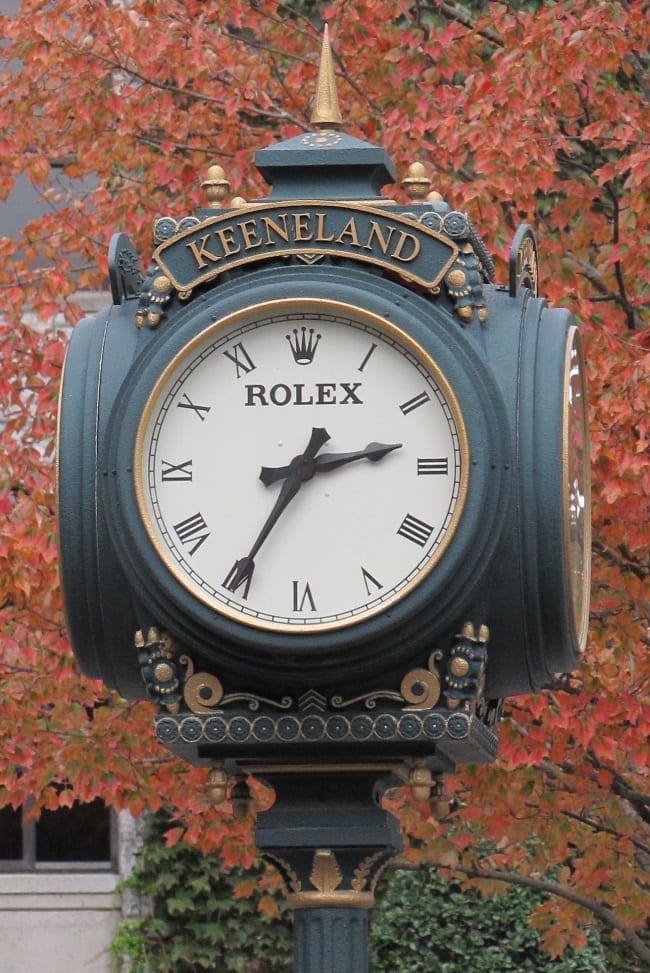 Further hampering the top of the standardbred customer funnel is a non-starter that will curtail any hope of growth.

Thus far, the meet has not been as successful as many in the past, as handle is off almost 10 per cent per entry year over year. When looked at in context, the numbers become even more pronounced: Other Kentucky tracks have had a good year (low takeout Kentucky Downs was up 32 per cent this season, for example), and tracks running in the month of October have done well. Outside Keeneland, betting handle on U.S. racetracks is up 13.3 per cent per entry.

While everyone can argue until they’re blue in the face about revenue and handle in racing, one item that sticks out with a couple of the recent increases in takeout – like Keeneland’s — is how it’s being done.
The rich get richer (or accurately, less poor), and the poor get poorer

In today’s betting environment, takeout increases are not enacted like, say, in 1948, when New York State upped the hold. In 2017, there are subsets of players, playing at various outlets and some of these avenues (some owned by the large tracks) rebate players based on betting volume.

What happens in many of these cases – and this happened at Keeneland with their increase – is the pain isn’t spread around. While your average smaller player at Twin Spires will pay about 2.48 per cent more in betting taxes due to Keeneland’s increase, the larger player doesn’t. For one example, a good friend who plays in such a shop had his effective takeout at Keeneland go up by only 1.1 per cent, well below half the increase than that of a smaller player, or tarmac customer.

This new model some thoroughbred tracks are employing wasn’t like this even 20 years ago.

The tracks hope, of course, that the small player keeps playing, to subsidize the larger one enough so revenue increases.

The top of the sales funnel doesn’t fill

The problem with this tactic (in addition to the smaller players getting ground down by higher takeout, and betting less), is that the top of the funnel – new players, or others who once liked horse racing but didn’t win enough to keep them engaged – has trouble filling. All they see is a worse bet, and they thought racing was a worse bet before the takeout increase.

Why this can be dangerous for the long-term health of the sport — as I presented at the World Trotting Conference last month, buttressed by data from Woodbine – is that the top of the funnel is already on life support.

“What was most worrisome was that the top of the funnel for this lifetime pursuit we all enjoy has been sputtering – the 20’s to 40’s segment is seeing negative growth. Based on analysis of Woodbine’s current trends, (in as little as two decades) almost all the betting giant’s patrons (will be) over 60 years of age.”

The way this takeout increase happened (and others like it have happened), just gives new players – players already wary of racing as a skill gambling game – another reason to stay away.

Harness can’t follow Keeneland, because its top of the funnel is even worse off

We can all remember as short as 15 years ago seeing a horse in the program on an almost daily basis that we really wanted to bet. We’d work for sometimes hours handicapping and constructing tickets around him; he was sure to be 5-1, and probably had a 2-1 chance to win, so we were ready. When we got to the track he may have been bet a little heavier than we’d like at 9-2 or 4-1, but we were firing.

In 2017, the chances of this happening are much lower. Often times the horse I am dying to wager on opens up at 4-5, stays there, and I jump off him to bet someone else. In some cases it’s gotten so bad that it has spawned a social media meme called “they knew”. This occurs when a horse who looks 5-2 on paper wins by four under a hold at a completely ‘overbet’ 3-5. Yes, “they knew”; well, someone did, and it isn’t your top of the funnel bettor.

Harness pools are filled with more and more sharp money, and today – even on Hambletonian Day, or at the Breeders Crown — the top of the funnel barely seems to exist.

What should harness racing do? That’s the million-dollar question

Fixing harness racing’s customer issues is a question every one of us struggles with. There are probably a thousand answers to this problem, and it’s quite possible that the vast majority of them are wrong.

But one thing I can say with some assurance – anything that restricts harness racing’s top of the funnel, needs to be shelved.

Although there are some harness tracks likely looking at the Keeneland model and saying to themselves it sounds like a good idea, I think they’re simply not thinking things through. When they do, I hope they resist the temptation of taking a bite into Keeneland’s forbidden fruit, because if they do, it has little chance to ever grow.