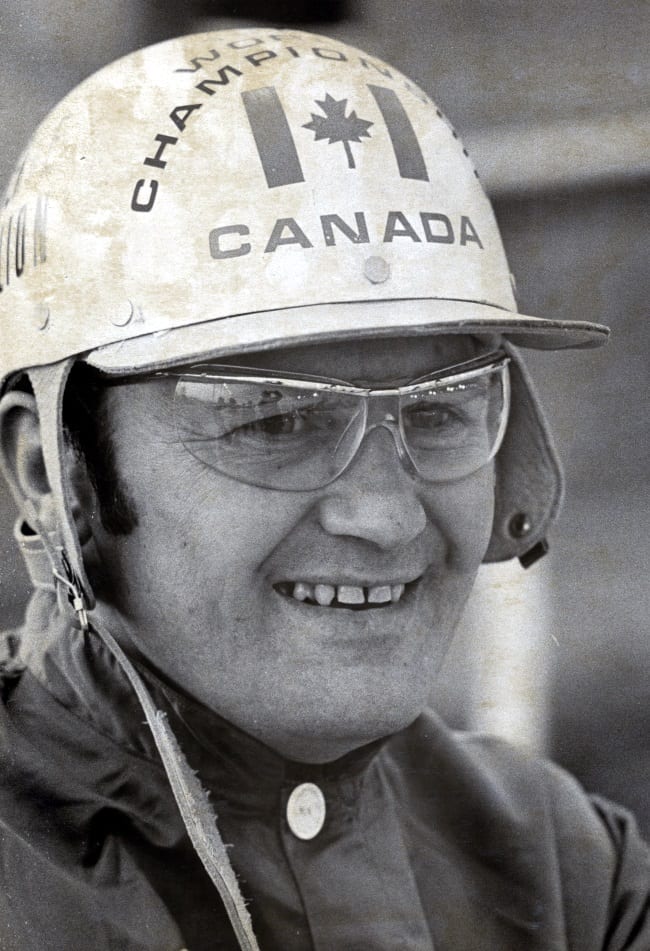 Harness racing didn’t merely lose a legend Thursday morning when Herve Filion, who had been in declining health for the last several years, succumbed to complications from respiratory distress at age 77. It lost a figure that was larger than life.

“Herve was always so popular. He was like Elvis Presley,” said Herve’s younger brother Yves, 70. “He could have been the President of the United States. He had a nice way of talking and he wasn’t shy. Wherever he went to race, there was a line of people waiting for his autograph. He was a very social man, very sharp. He knew how to talk and he would talk to anybody.”

The brothers did a good job of keeping in touch of late, even with Yves in Ontario and Herve on Long Island. “We’ve been very close,” said Yves. “For the last three or four years, I’ve been talking to him every week. He’s been sick for a while. For a couple of years, he’s had to use an oxygen tank. After that, he got pneumonia. I knew when he went to the hospital, he wouldn’t get out.”

Like Babe Ruth’s half-century stranglehold atop the all-time home run list in Major League Baseball until Hank Aaron came along, Herve became the leader in lifetime dash wins in 1971. It wasn’t until 41 years later, in July of 2012, that Dave Palone wrestled the top spot away.

“It was very natural for him to drive a horse,” said Yves. “It was like he was sitting in a chair.”

When it came to winning, Herve went to places no driver ever had before. He came to the United States from Canada in the early 1960s and became the first ever to pilot 400 horses to victory lane in a year when he scored 408 times in 1968 on the way to taking his first of 16 North American dash-win crowns.

“There were more trainers driving back then,” said Yves. “Herve was one of the first ones to catch drive. Everyone was trying to get him to drive their horses.”

Herve compiled big numbers as his career hit warp speed while grinding away during the ‘70s driving afternoons at Freehold and evenings at Yonkers and Roosevelt, but he did experience some Grand Circuit success. Among his stakes wins, Herve twice won the Little Brown Jug, with Nansemond (in 1971) and Hot Hitter (1979). Die-hard harness fans will recall the famous photo with Herve standing up in the sulky while on the way to the winner’s circle with Hot Hitter in front of a crowd of better than 40,000 at the fairgrounds in Delaware, Ohio.

“When he won with Nansemond, when he beat Albatross, I was there,” Yves said. “That was something.”

Herve and his seven brothers and two sisters came from humble beginnings. “We grew up on a farm in Angers, Quebec, in a small village,” said Yves. “It was a cow farm but my father got rid of the cows and brought horses in. My father raced horses in the ‘50s.”

For years, railbirds marvelled at how Herve could keep horses alive who raced first-over. “He was the only driver who could go parked the whole way and win,” said Yves. “He could do that because he was relaxing the horse while racing parked. He would keep the horse alive and still win the race.”

Even as he turned 70 and raced sparingly, Herve remained one of the most popular drivers in the game. No one received a bigger ovation than Herve did during the post parade when he drove in his last race in America, the Hall of Fame Invitational Trot at Goshen Historic Track on July 1 of 2012.

In typical Herve fashion, at the very end of his career, he provided one final show-stopping encore.

He drove in six races at Rideau Carlton in October of 2012 and was victorious in three, pushing his lifetime win total to 15,179. His next drive, on August 18, 2013 at Legends Day at Clinton Raceway, would be his last.

“Right away, as soon as he’d sit behind a horse,” said Yves, “he could see the character the horse had. He always was aware of the equipment the horse used. He knew everything about every horse he drove.”

Anyone in the media who has interviewed Herve has heard him say the following after a big win:

“But he was more than just a passenger,” said Yves.