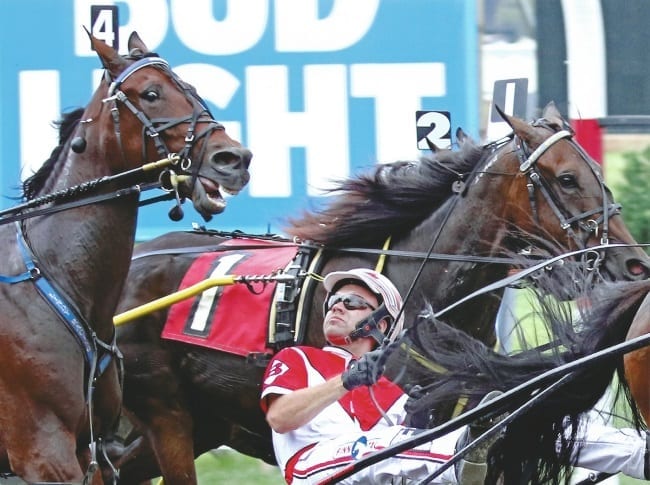 The publication is being honored for the best news/commentary story in 2016 for its coverage of the Classy Lane barn fire.

HRU editor Dave Briggs won the news/commentary division for his story titled “Wallace slowly starting to rebuild after being decimated by Classy Lane fire,” which appeared in the Jan. 8 issue of HRU (click here to read the story). It is a record ninth Hervey Award for Briggs and his fifth in five years. It was his third Hervey in the news/commentary division. Honorable mention in the category went to Gordon Waterstone, writing for The Horseman And Fair World magazine, for his story “Suspicious texts cause Jug controversy,” which appeared in the Sept. 28 issue.

The tandem of Melissa Keith and Keith McCalmont, writing for Trot magazine, were named the winners of the Hervey Award in the feature writing category. Their story titled “Remember those lost” appeared in the February issue of Trot and presented memories of horses lost in the Classy Lane fire from horsemen and horsewomen affected by the tragedy. It is Keith’s second Hervey honor and the first for McCalmont.

Feature writing honorable mentions went to Marvin Pave and Beverley Smith. Pave was recognized for his story “Have cause, will travel,” which appeared in the November issue of Hoof Beats magazine and detailed how a racing family inspired the industry to help in the fight against multiple sclerosis. Smith was recognized for her story “Ron Waples: Just a win away from happiness,” which appeared on the Woodbine Entertainment website on May 30.

In addition, Clive Cohen and Mark Hall were named the winners in the Smallsreed Awards for excellence in harness racing photography.

Cohen’s photo “October Racing,” which first appeared on the WEG Standardbred Instagram page on Oct. 1, received the Smallsreed Award for feature photography. It is Cohen’s second Smallsreed honor. Cohen also received honorable mention in the action category for his photo of three horses in the snow at Woodbine.

Hall was recognized in the Smallsreed action category for his photo “Hey there,” which appeared in the September issue of Hoof Beats. It is Hall’s sixth Smallsreed Award.

Meadowlands Racetrack Chairman Jeffrey Gural is continuing his longstanding sponsorship of the Hervey and Smallsreed awards by providing USHWA Dan Patch Awards banquet tickets for the winners. Results of the broadcast division will be announced at a later date.

Winners will be recognized at USHWA’s Dan Patch Awards dinner presented by Hoosier Park at the Planet Hollywood Resort and Casino in Las Vegas, Feb. 26. For more information, visit www.ushwa.org.