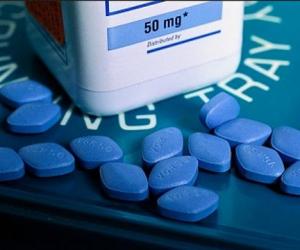 Virgil Addison has been hit hard by the Pennsylvania Horse Racing Commission, which has granted the trainer’s request for an appeal, but denied him a stay of his suspension after his horses tested positive four times for Sildenafil, the active ingredient in Viagra.

Addison has appealed all four rulings, but almost as interesting as the length of his suspension and the amount of his fines is the fact the PHRC is allowing the appeals, but has not granted his request to stay the penalties. That means Addison remains suspended while he waits for his appeals to be heard, which is believed to be unprecedented in the state and is certainly rare in most, if not all, harness racing jurisdictions. That decision may be due to the severity of the alleged violations, but it may also signal the PHRC is setting a new precedent of coming down harder on those that violate its rules.

Addison, 57, was fined $5,000 and suspended a year after his trainee Pinot Grigio tested positive for Sildenafil after racing on Aug. 19.

Addison was fined $10,000 and suspended three years for a second offense for a Sildenafil positive. This time it was after his pupil, Justify, tested positive for the drug after racing on Sept. 15.

When Pinot Grigio again tested positive for Sildenafil after racing on Sept. 29, Addison was slapped with a $10,000 fine and a five-year suspension for a third offense.

A fourth offense for a Sildenafil positive — this one on the horse Gold Shooter after racing on Oct. 23 — earned Addison a further $10,000 in fines and another five-year suspension. Since the suspensions are consecutive, Addison’s suspension would last until Nov. 14 of 2032 if his appeals are denied.