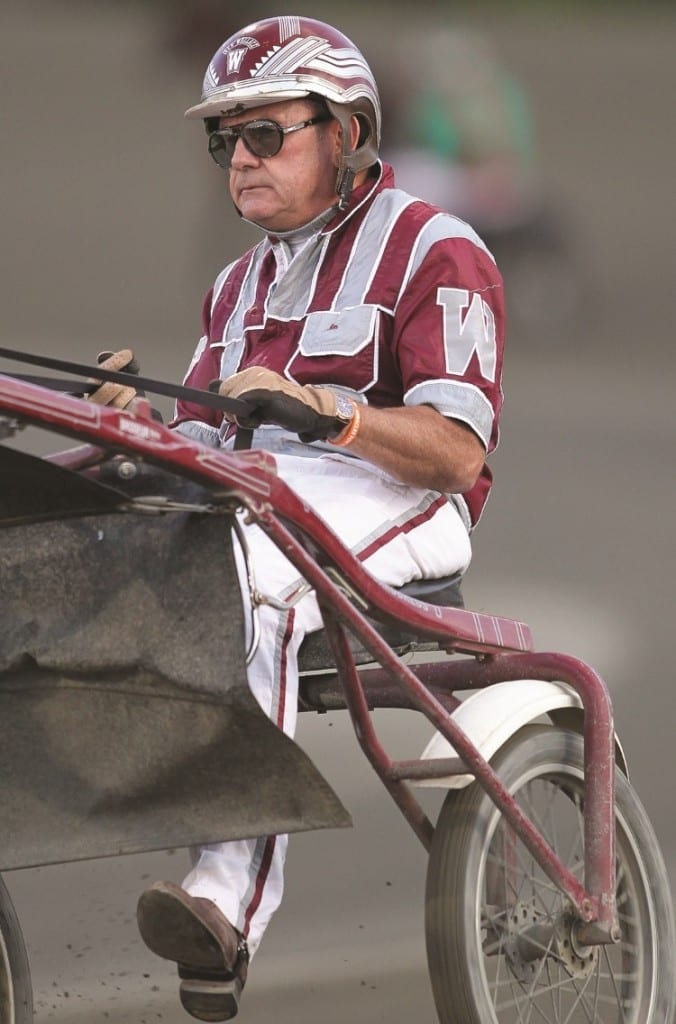 Even as the Classy Lane fire was still burning, trainer Ben Wallace was making plans to rebuild his stable. But even he couldn’t imagine posting the incredible results he’s had since losing all 17 of his horses.

The Classy Lane fire was still burning on Jan. 4 when trainer Ben Wallace said he turned his mind to starting over.

“There wasn’t one ‘Why me?’ moment or ‘What am I going to do now?’ It was, ‘How are we going to pick the pieces up and start back again?’”

But even a trainer as consistently successful as Wallace couldn’t imagine he would be having the year he’s had, so far, with 18 wins in 42 starts — counting a victory in race one at Mohawk Saturday night (April 16) — earnings of just more than $150,000 and an off-the-charts UTRS of .528.

“To say that I’d have as much racing luck as we’ve had in the last two months, that was not in the picture at all. We’ve just done great. That’s just so reassuring to know that you can still get horses to win races,” Wallace said.

The trainer said he’s tremendously grateful to owner Brad Grant who traveled to New Jersey in mid-January and purchased three top racehorses at the January Mixed Sale at the Meadowlands to give to Wallace despite paying a premium for those horses given a low Canadian dollar. Grant not only topped the sale by purchasing six-year-old trotting horse Lindy’s Tru Grit for $125,000, he also purchased four-year-old pacing mare A Plus for $80,000 and three-year-old pacing colt Easy Lover Hanover for $70,000.

All three have proven to be top overnight horses for Wallace on the Woodbine Entertainment Group (WEG) circuit.

Easy Lover Hanover won his first six starts for Wallace before finishing second last Saturday in the $30,646 final of the Youthful Series at Mohawk. The son of Somebeachsomewhere out of Easy Go Go has earned over $46,000 for Grant under Wallace’s tutelage this year.

A Plus has cashed a check in eight of nine starts for Wallace and Grant, earning over $20,000.

“I’ve got to thank Larry Ainsworth and certainly Brad (Grant). Right away, January 5th, they were on the phone lining up horses for me. I didn’t have any place to go at the time. It took me two or three weeks before I could get up and running and get equipment gathered up,” Wallace said.

“It’s nice to know that you’re taking horses into the city that can win races, not just fill the card.”

That said, the trainer does have concerns about what the stakes season will bring.

“My summer is going to be pretty dry because I don’t have any young ones,” Wallace said, adding he has room in his barn if any U.S. outfits need somewhere to send young horses to race in Ontario this summer. “As far as young horses, we just don’t have any… I lost eight two-year-olds.”

Wallace will soon have a new barn for his entire stable. Classy Lane is nearing completion of a new barn on the site of the one destroyed by fire.

“They’re talking May 1st,” Wallace said of the projected opening of the structure being called Barn 6 in deference to those lost in Barn 1. “But I think they might be a little bit delayed because, apparently, they couldn’t lay the floor because it’s been too cold.

“The shell’s up, it’s covered, the roof’s on, the ceiling’s on. The washrooms are getting prepared. They’re a couple of weeks, maybe a month, maximum, away from full up and running… and then we’re in business.”

Wallace said he’s training 15 horses now and would like to have as many as 20. But considering virtually his entire stable was wiped out in the fire, he said he’s blessed to have the horses he does and said the Central Ontario Standardbred Association (COSA) that started a GoFundMe campaign that raised over $700,000 to help fire victims deserves tremendous gratitude.

“Everybody’s back going with my crew,” Wallace said. “Not one of my caretakers — or anybody’s caretaker, for that matter — was financially challenged due to the fire. They got paid right through.

“We lost some horses that people were attached to, and that’s an issue, but the way to confront that is to get up and go to work and find some new ones. That’s what we were able to do.

“A lot of my people weren’t prepared to go back to work at first. They had to take a deep breath for a second or two until we started back again, we, Wallace Standardbreds, started back again. Then it was the team back going again. They didn’t want to splinter. I was lucky enough that we slowly, very gradually, picked up our numbers… I can confidently say a couple of months after the fact that we’re about as back to normal as you’d ever want to be, other than they’re not the same horses.”

Through it all, the early success has been a great for the entire stable’s psyche, said Wallace, a career winner of more than 1,800 races and nearly $34 million.

“I’ll be honest, where I am career-wise, if I had to pick up the pieces again like I did and we were 0 for 20 instead of 12 for 20, it would be a pretty tough nut to crack.” Wallace said. “I’ve been very lucky that way. For some reason, the Harness Racing Gods have been pretty good to us.”