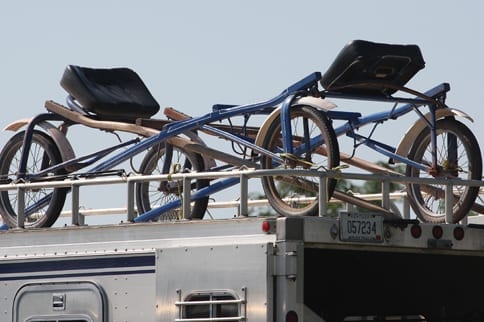 Will “decoupling” kill racing at Pompano?

“We’re looking at a death sentence,” said Joe Pennacchio, president of the Florida Standardbred Breeders & Owners Association. “This could be a game-changer for all horsemen in the U.S.”

There was more bad news out of Florida Wednesday for the state’s horse racing and breeding industries as legislation that would allow most of the state’s pari-mutuel facilities to drop racing but still retain their slots licenses passed a Senate committee.

Called “decoupling,” legislation to end the marriage between racing and slots continues to gain momentum and, if it becomes a law, would certainly mean the end of racing at Pompano Park while also, perhaps, planting the seeds for similar efforts in other states.

Decoupling is part of a larger effort to reconfigure the gaming industry in Florida. The meat of the issue is a proposed $3 billion payment to the state of Florida by the Seminole Indian tribe, which operates seven casinos in the state. In return for the $3 billion, the Seminoles are seeking to be able to offer roulette and craps at their casinos, as well as being granted guarantees that several of the casinos, particularly the one in Tampa, will not have to compete with anyone within their area. The decoupling aspect of the legislation is seen as a way to appease the state’s pari-mutuel facilities so that they won’t fight the benefits aimed at the Seminoles.

As is the case in most states, the politics involved in Florida in crafting a bill and having it be approved can be complicated and take a long time to unravel. The current legislative session ends March 11 and Pennacchio said he is hopeful nothing will be accomplished between now and then. But that doesn’t mean the decoupling issue will go away. When it comes to racing and, in particular Pompano Park, Pennacchio said he believes his side faces an opponent that is a wheel-heeled juggernaut that will spend whatever it takes to win.

“The language allows them, if they stop racing for a period of two years, to then kill the license and it can never be renewed again,” he said. “It’s beyond belief that the legislators of the state of Florida would write language the way they wrote it. It looks like the pari-mutuel guys’ lawyers wrote this stuff. That’s how bad it is. It is so egregious it is beyond belief.

“There are very key points that certain representatives were holding out for and it appears they have been satisfied. These guys have done a very good job getting their ducks in a row. I’ve been told many times by people in Tallahassee that these guys have spent an inordinate amount of money this year to get this done. I don’t care if you write this. The system is so corrupt it is beyond belief. These guys are so on the take. The guy in the Senate who is going to be the president next year, Joe Negron, he sponsored a bill to put us out of business. Somebody said he got this huge campaign contribution from the pari-mutuel guys and he’s all of sudden leading the charge to put us out of business. We just don’t have the money to throw around with these guys. Where are we going to get it? We can probably hold them off for a while, but they’ll get us eventually. They have too much money. Eventually they’ll get us.”

Pennacchio said that should a bill clear both houses, Florida Governor Rick Scott is certain to sign it.

Pompano Park is owned by Isle of Capri Casinos and though that company has not made an official statement when it comes to decoupling, it has long been perceived as an anti-racing organization and it is believed it will suspend racing at Pompano the instant it is legal to do so.
Pennacchio says that handle has increased significantly at Pompano over the last two years and he believes Isle of Capri is making money off racing. If so, that would go against the grain of conventional wisdom that states that racing is a financial drain on what are normally very profitable slots operations. Regardless of whether Pompano makes money on racing, Pennacchio notes that if no longer forced to race, the Isle of Capri will make a windfall profit by selling much of the land that is needed for racing only.

Should a bill that includes decoupling pass, Pennacchio said he and his allies in the thoroughbred, quarter horse and dog racing industries would go to the courts in an effort to prove that the new law is unconstitutional.

“Our position is that what they are trying to is unconstitutional in the State of Florida and that’s going to be our first line of defense,” he said.

Though Pompano will be missed if it stops racing, an even bigger issue for harness racing may be what could follow if decoupling is passed in Florida. With so many racetracks now owned by casino companies that act like racing is an unnecessary hindrance, a victory by decoupling advocates in Florida will no doubt inspire others to try to push similar legislation in their states.
Already, a decoupling bill has been introduced in the West Virginia Senate. West Virginia has no harness tracks, but does have two thoroughbred tracks in Mountaineer Park and Charles Town and a dog track in Wheeling.

“There’s no question that others are going to try to do this if decoupling passes here,” Pennacchio said. “What do you think a company like Harrah’s would do at Chester? They don’t want horse racing. If they see it work at Pompano you can be sure they’ll try to do it, too. This could be a game-changer for all horsemen in the U.S.”