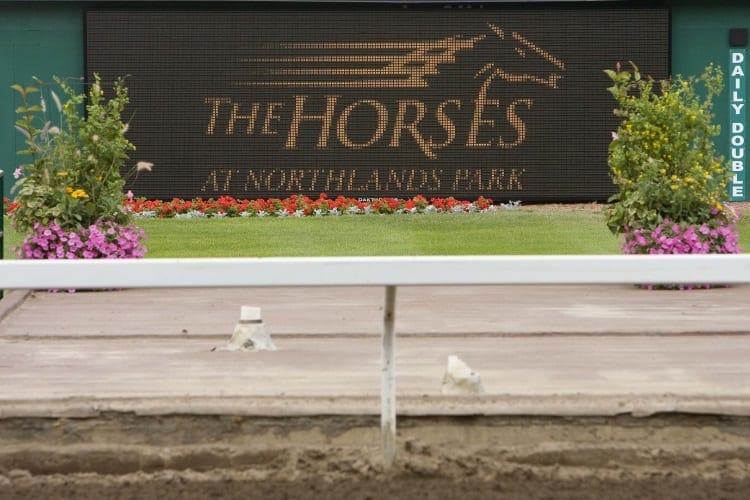 Extensive property redevelopment plans call for the Edmonton track to cease horse racing at the end of 2016. But Alberta Standardbred Horse Association executive director Fred Gillis believes horse racing will continue in the city, perhaps at a new track.

Northlands Park in Edmonton, AB announced Wednesday (Feb. 17) that plans for a $165 million renovation to its extensive property call for horse racing to cease operating on the site after 2016.

It was yet another blow to the province’s horse racing industry which lost its joint standardbred-thoroughbred circuit between its two biggest cities in 2008 when Stampede Park in Calgary ceased racing to make way for a new track in the city that didn’t materialize for seven years. When Century Downs north of the city opened in April of 2015, Alberta’s horsepeople finally had the dual-city circuit back. Ten months later, Northlands Park has announced it plans to stop racing.

The possible end of both standardbred and thoroughbred racing in the provincial capital didn’t come as huge surprise to Fred Gillis, executive director of the Alberta Standardbred Horse Association (ASHA).

“There have been rumblings from Northlands, hints at their board meetings, innuendoes and all that. So, it’s not a broadside,” Gillis said Thursday. “It isn’t totally unexpected.”

Northlands property is currently home to the National Hockey League’s Edmonton Oilers. But the team is building a new $600 million arena downtown expected to open in time for the start of the 2016-2017 season. Planning for a future without its major tenant, Northlands unveiled Vision 2020 Wednesday in an attempt to transition into a national sports tournament and festival centre.

“You have to appreciate that without the hockey team and without other venues, they’re going to have to restructure, probably, to survive in the market. They’ve got quite a compound there,” Gillis said.

Plans call for Rexall Place, the Oilers’ current arena to be transformed into a six-pad, two-floor arena complex and for the racetrack to be repurposed into a festival site.

Gillis said the news is softened somewhat by word that “three or four entities that have expressed interest to Horse Racing Alberta in putting a new track south of Edmonton.”

He said the hope is a new track — with a smaller grandstand like the one at Century Downs — can be built and Northlands Park can be persuaded to continue racing until a new facility opens.

In the meantime, Gillis express doubts Northlands will be able to move as quickly as it would like on the redevelopment.
All this comes as the provincial government is in the middle of negotiating horse racing’s future with Horse Racing Alberta (HRA). The existing funding deal between HRA and the province ends March 31.

“It was indicated to our group that (the provincial government) does not have a policy to end horse racing. But they’re looking for ways to generate more money,” Gillis said of a province that has struggled economically of late what with its main commodity — oil — trading at around $30 per barrel.

“The picture in Alberta will be a lot clearer, I think, in 90 days,” Gillis said.

“I guess the toughest part for all of our members and our players is it’s been a tough haul since Stampede went down in 2008. We finally get up and running and the future was looking better here again in the province and now this. It has been difficult. It would be hard to say it wasn’t, but I think if the entities become a reality in the next 90 days and people realize they are real entities (interested in building a new track in Edmonton)… then I don’t think anybody’s going to jump off a cliff.”

In the meantime, Gillis said the news has been especially tough on horse breeders.

“It’s tough on breeders because breeding season is just around the corner here. That’s the biggest question I’m getting is whether to continue breeding without the imminent knowledge of what the plan is. That’s the biggest short-term issue, which is to convince people to stay at it and let it play out.”