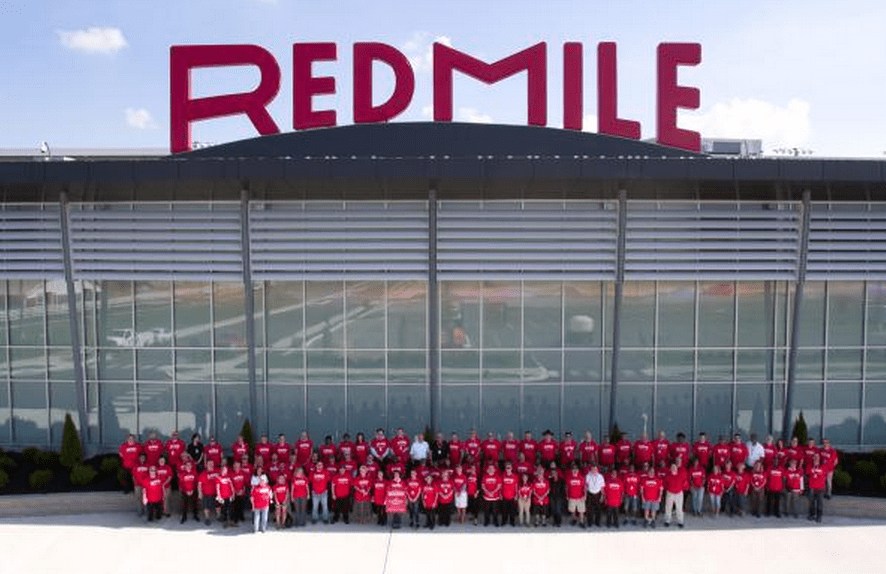 With Historical Racing Machines, Red Mile Finally Has Reason to be Optimistic

LEXINGTON, KY – When Joe Costa, the President and CEO of the Red Mile, first hit town some 15 years ago to run the Central Kentucky racetrack he reported back to the owners of the racetrack and refused to sugarcoat the situation he found himself in.

“There’s nothing in the box,” he told them.

The Red Mile didn’t have a particularly robust betting handle, it didn’t have gaming, it didn’t even have thoroughbred simulcasting, making it the lone racetrack in America with that distinction. The mission back then for Costa and the racetrack’s new owners, which included Joe Thomson, George Segal and Frank Antonacci, was to find a way to keep the sport’s most historic racetrack in business. But how? How do you do that when there is nothing in the box?

Not much changed over the ensuing 15 years and Costa now admits that the Red Mile was bleeding money to the tune of about $2 million a year.

That probably won’t be the case anymore. The box now includes 902 Historical Racing Machines. What they mean so far as purse and dates increases remains anyone’s guess, but their presence at The Red Mile is the best news the track has had in many decades and has likely saved it from extinction.

“What this means is that we will have more tools to work with to enhance racing at what I would consider one of the greatest racetracks in America,” Costa said.

There was a lot of pomp and circumstance yesterday at The Red Mile as track owners, management and Lexington Mayor Jim Gray were among those on hand for an official ribbon-cutting ceremony to open the gaming room that houses the machines. The gaming facility actually opened to the public last Saturday.

The crowds in the Instant Racing parlor have been light so far, but that’s somewhat by design as The Red Mile wants to get all the kinks out before putting on a marketing blitz. The project is a joint effort between The Red Mile and Keeneland, which will split the revenue from the machines on a 50-50 basis. In addition, Keeneland has closed up shop as an off-track simulcasting facility and all simulcasting in Lexington will now be conducted at The Red Mile. However, Keeneland will still retain all the revenue from betting on thoroughbred races.

From the outside, the ancient 140-year-old track has never looked better as $42 million was spent on building a new facade, new entrances, the gaming room and a new simulcasting area. The grandstand itself has remained largely unchanged.

With the Historical Racing machines having been in operation for less than a week it’s far too early to tell what kind of revenue will be brought in. The Red Mile got projections from three different consulting firms but Costa doesn’t want to make any predictions until he has more evidence to work with.

However, he can point to the situation at Kentucky Downs, a thoroughbred track in a remote and rural area of southern Kentucky. There, with half as many machines as there are at The Red Mile, they are handling an average of $2 million a day.

“We do know that everywhere they’ve been they have worked,” Costa said. “Corey Johnsen’s track (Kentucky Downs) is out in the middle of a field in an area where you can’t buy a sandwich for miles around and look at what they’re doing. They’re working in Hot Springs, Arkansas, in Idaho, in Wyoming. They’re all in isolated places with small populations.”

The hope is that if Historical Racing can be a big hit at places like Kentucky Downs it can be an even bigger hit in a relatively large urban town like Lexington.

“No one has ever tried to put this many Historical Racing machines under one roof in an urban environment, so we’re going to find something out,” Costa said. “The consultants felt that with the sophistication of this market and with 400,000 people in the area, they believe we will have a big advantage.”

Kentucky racing, both thoroughbred and standardbred, has been engaged in a long fight to bring gaming to the racetracks, many of whom have suffered because they have to go up against racino tracks in nearby states like Indiana and Ohio. The most desired result would have been to get slot machines or, better yet, full-fledged casinos, at the racetracks, but that battle kept ending in defeat. Historical Racing machines are meant to look like slot machines but the whether the player wins or loses actually rests on the outcome of an old horse race. Gamblers don’t dislike them, but they clearly like real slot machines better. Costa realizes that is a challenge.

“I am not going to pretend that a slot machine isn’t far more sophisticated and far more entertaining than the machines we have here,” he said. “They will not hold your fascination or mesmerize like the slot machines do but people still like to play these games. And we have the convenience factor going for us versus the casinos in Ohio and Indiana.

“How do you make up for our machines not being as sexy as slot machines? You make up for it with customer service and entertainment.”

A set percentage of the winnings from the machines will go into purses and other money will be put aside for the Kentucky Standardbred Breeders Association. Along with the horsemen, Costa and the Red Mile’s owners still must decide how best to allocate the additional revenue and how long to make future meets. Costa did say that preserving and even building on the Grand Circuit meet will be a priority and that he also believes it is important to do something for the local “little guy,” horsemen who have struggled mightily over the last several years. He also said he would like to see The Red Mile become a regular stop for the Breeders Crown.

“There are many mouths to feed and some of those mouths have not had a drink of water in a long time,” he said.

That includes the three owners of the track, Segal, Thomson and Antonacci. They have kept The Red Mile alive, Costa
said, “because they didn’t want to see it turned into a shopping mall.” No doubt had most anyone other than people who love the sport and are prominent owners and breeders been in charge of The Red Mile it never would have lasted this long. The thought of finally making a profit due to Historical Racing is something they no doubt clung to all these years.

The Red Mile has been saved, but Costa will not be waving a victory flag. He still sees a troubled industry that refuses to work for the common good, something that clearly upsets him. He also worries about the unknown, like, perhaps, the opening of an actual casino in Lexington.

“No,” Costa said when asked if he were in a celebratory mood yesterday. “It doesn’t feel good at all. I want to be as honest as I can. I tell Frank, George and Joe, I wake up scared and I go to sleep scared. All this does is change what I am scared of. I’m no longer scared of solving how to save The Red Mile, I’m now scared of trying to preserve it. The Speaker of the House in Kentucky is going to file a bill for a constitutional amendment for full gaming. We just made a $42 million investment and I have the Speaker of the House trying to put me out of business by granting a full gaming license to someone in Lexington. We have to always be vigilant and fearful of political and legislative advances

“A lot of people have congratulated me and in a way it feels very nice. I am intellectually and personally satisfied to have been able to do this rubix cube, but what we have basically proven is that we can spend a lot of money. Now we have to prove we can run this and run it with a level of respect that insures trust from the citizens of the Commonwealth in our operation.”

Perhaps he is right and the challenges for The Red Mile are far from over with. But this much is certain: there’s finally something in the box.