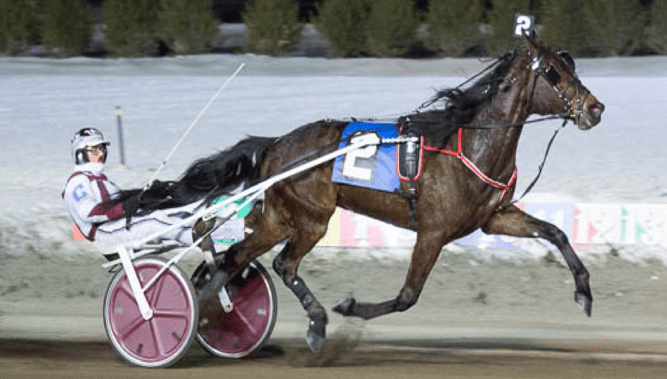 JL Cruze Will Point to Maple Lead Trot, But Yonkers International is Out

Trainer Eric reports that he is pointing JL Cruze toward the Sept. 19 Maple Leaf Trot at Mohawk. The son of Crazed is coming off a rare poor performance, finishing fourth in The Sebastian K Invitational at Pocono, but Ell thinks his horse will be ready for a top effort in Canada.

Ell said he has yet to get fully to the bottom of why JL Cruze put in a subpar performance at Pocono but believes the fact that the gelding threw a shoe in the race was a factor.

“When he threw that shoe, it threw him off kilter,” Ell said. “John (Campbell) said for the rest of the mile he just didn’t feel real safe. We’ve been working on him since and trying a few different things trying to get him as sound as we can.”

Ell said he had originally intended to race in the Yonkers International and went so far as telling management there that he was coming, but has since changed his mind as he has concluded half-mile track racing doesn’t suit his horse.