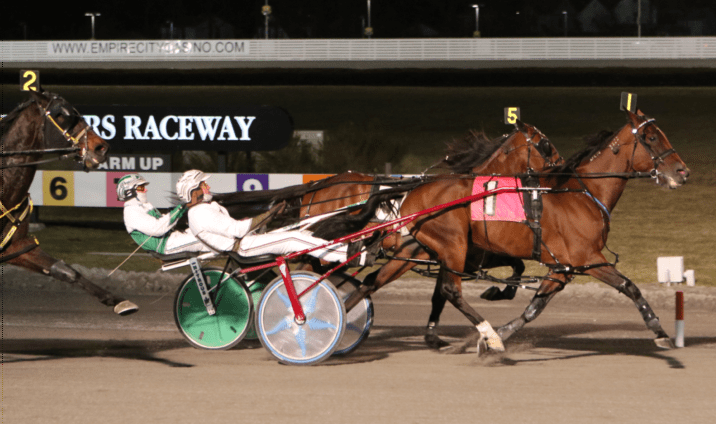 With Increasing Difficulty of Buying Top Race Horses in US, More and More Buyers Turning to Down Under

Joe Bellino needed race horses and his efforts to find them in the U.S. were leading to nothing but headaches and frustration.

What Bellino has discovered is simply a result of the forces of supply and demand. Purses, particularly at the East Coast tracks, have never been higher, yet the foal crop keeps declining every year. That means the demand for quality race horses exceeds the supply, and that means that buyers can get away with jacking up their prices.

So Bellino decided to try something different. He’s now doing much of his race horse shopping Down Under in Australia and New Zealand. He’s not alone. More and more owners are looking to the two Southern Hemisphere countries to fill their barns because they know they can find good horses there, often at bargain prices.

“I had never bought anything from there before,” he said. “We have a very large stable. We breed and are involved in all aspects of the sport, but I need race horses. We want race horses. That’s what keeps us busy and it’s fun.

Bellino bought four Down Under horses and has already had major success with two of them. Polak A, who is currently sidelined with a minor illness, won two legs of the Levy Series plus a $31,000 overnight at Yonkers. Reuben Brogden N is 2 for 4 since arriving here, winning $31,000 and $25,000 overnight races at Yonkers.

Bellino didn’t want to divulge exactly what he paid for each horses but said he looks to spend between $50,000 to $60,000 when buying Southern Hemisphere horses, which includes the price of having them shipped here.

“If someone wants to do this I suggest they need to find themselves a reputable agent down there to do the buying for them,” he said. “The good thing is there are so many successful horsemen in the U.S. that began their careers down there and they all have good contacts. It’s like anything else, find the right person, good people to do work for you.”

Haug explained than in Australia many horses fall between the cracks. They will exhaust all their conditions but aren’t quite good enough to compete in stakes company and are also a poor fit for claimers, which tend to be for cheap races for the lowest level horses. He said once a horse gets into that no-man’s land trainers are often eager to sell them.

Darran Cassar, a native of Australia, is another who frequently brings horses in from Down Under, many of them for the Muscara Family. He recently brought over a horse named Caribbean Rose N, who won last week at Chester in a $13,000 race. And he’s still got Mr. Hasani N, who has made nearly $300,000 since arriving here in 2012.

He looks to spend a little less money than Bellino does.

“I’m usually looking to get them here for 30 to $40,000 landed,” he said. “They don’t have to be a star, as long as they can get around Yonkers they can make that money back no problem.”

Cassar said it’s become easier in recent years to get the Down Under horses to acclimate to U.S. racing and succeed because IRT has changed its shipping routes. The planes from Auckland or Sydney used to land in Los Angeles and the horses then had to be trucked across the U.S. or get on another plane. Cassar said the trip would take quite a bit out of him. The new routes fly straight into JFK Airport in New York and though they are a bit more expensive Cassar said its well worth it.

“Once they get to me, I give them one day off and jog them and then start training them within a week,” Cassar said.

One thing Cassar won’t do is spend big money on a Down Under horse, one that could conceivably be a Grand Circuit horse here. He said it is too risky.

“If you pay $200,000 for a horse here it is a known factor,” he said. “It’s proven and you know he can race over here and win. If you pay $200,000 for a horse from there, you really don’t know how they’re going to do here. It’s too big a risk. It’s that unknown factor. You see so many come over and think they will do good and they don’t. Others come over, don’t look like much of anything on paper, go on Lasix and they are brand new horses.”

Bellino said that Polak A’s success has opened a lot of eyes and that he gets calls from people all the time looking for advice on how to buy New Zealand and Australian horses. But he and Cassar both agree there are still plenty of bargains to be found down there.

“I wait for a horse that is proven, has shown enough and has nowhere else to go,” Cassar said. “The right trainers from there, the really good ones, know when it’s time to move them on. If the price is in my favor, I’ll buy it. You have to wait for the right horse, but they certainly come along.”