Slot Revenue Will Fall Due to Less Demand, So It’s Time For Racing to Take Back the Skill Game Gambling Market

Back in 2009 I was presenting on a panel at the Canadian Gaming Summit. Along with me on the panel was Mark Davies, one of the original founders of British betting giant Betfair, and a friend who is a professional gambler. After the panel concluded (which tackled the topic of new ways to bet and the future of wagering), the three of us sat down for a chat.

“I think the slot machine days are numbered,” said the professional gambler.

Mark and I were taken aback at first because the bandits were churning revenue everywhere, and with an over-55 market that was growing and getting richer, it seemed unlikely. When you added the fact that young people were also frequenting racinos and casinos, it just didn’t feel right. However, as we all talked more, it made some sense. People, one day, as they usually do, get tired of losing. Casinos were offering tons of entertainment, and there was less of a reason to sit behind a machine all day, and the millennials, well they were different; Mark’s company – millennials were one of his big demographics at Betfair – was proof of that. We all went on our merry way, thinking it was plausible, but none of us were running out to short the slot machine stocks.

Fast forwarding a year, I began consulting for a video game business, plying its trade on the web. A customer would be landed when they downloaded a free game – in this case a “first person shooter” strategy game. Then over time, a percentage of those customers would pay for credits, to buy equipment or play other players. That was how the business owner made money. When I was told the cost per acquisition for a new customer for this business, I almost fell out of my chair; it was alarmingly high. It was that high (a high CPA means large lifetime value revenue from that one customer) because people loading and reloading their payments to play the game were doing so with incredible frequency, in big numbers. The vast majority of the users were under 30 years old.

As time went on I wondered if we’d ever see a crack in that slots revenue as predicted by my associate in 2009. With young people seemingly playing these new skill games, it seemed so, but the older demographics appeared to be happily playing the machines like they always did. Slot business was good. Perhaps, until the last year.

Earlier this week, the Washington Post reported that across the US, casinos are moving floor space away from slot machines.

“The dominance of slots has waned even in the gambling stronghold of Nevada, where the number of machines has dropped from a high of 217,000 in 2001 to 175,000 last year. And slot earnings have fallen there as well.”

In Nevada a new bill was passed just last week in response to this shift. It allows for the creation of interactive slot machines.

“These are games that would presumably be more appealing to millennials who don’t seem interested in the passive – and mostly solitary – experience of playing traditional slot machines. Casinos and machine manufacturers are now free to pursue slot games that would mirror video games and introduce some level of skill rather than pure chance into the slot experience,” reported the Post.

The key word there is “skill.”

“Players can compete against both the house and other players. Meyerhofer believes that Nevada’s decision to allow skill-based gaming will have a ripple effect. “Everyone is seeing the same issue…the [current] products are not interactive,” he said. “They don’t capture your imagination.”

The Kate Upton commercials for Game of War are on seemingly every half hour, and Clash of Clans populates on television screens everywhere, too. Both of these games had high profile Super Bowl ads this past year and I am sure you’ve seen them. These games can afford such high-priced ads is because they are bringing in money hand over fist, and growing like a bad weed. Just last week on Android News, it was announced that Clash of Clans revenues were over $5 million per day, or $2 billion per year in 2014, which was up from a paltry $101 million per year in 2012. Game of War is now estimated to do over $1.5 million per day. These are only two skill-type games of hundreds offered for iOs.

The average age of those users? Well, let’s just say they weren’t born before the hula hoop was hot.

This is the casino industry putting the horse before the cart. It’s a response to the future.

More compelling perhaps, when you add Draft Kings and FanDuel to the mounting skill game list – the daily fantasy sites which did over $1 billion in entry fees last year, with an average customer age of 34 – this market can only get bigger. And the potential revenues for slot money – which funds upwards of 35% of the purse revenue in North American racing – can only grow smaller.

What can racing do to prepare for (what looks like) an eventuality like this? With casinos preparing for monetary shifts, one might think it vital. Frankly, I don’t think there’s a lot that needs to be done to prepare, other than taking a leap of faith.

Currently racing seems to want to slot machine or lottery the skill-based gambling game it is. What new bets are created? Lottery bets that are almost impossible to win at day to day, and then promoting a jackpot, like a progressive slot machine. Lottery bets are fine, in small numbers, but, in my view, this is exactly the opposite big picture strategy that’s needed to move forward. Where the tote board could provide value -win, place and show and exactas – takeout is going up, in short-sighted fashion, when it should be going down. Betting exchanges – and other unique ways to gamble on the sport – have been stalled. Data rich systems are not developed and fostered as they should be to attract more skill game millennials (and non-millenials for that matter), giving them the environment they crave. Horse racing marketing is conflicted, still wondering if it should promote horse racing as a sport, a conduit to sell livestock, or a betting game.

The product and business needs a simple refresh and new initiatives need to be explored. But in my opinion, the glass is half full, not half empty. Racing is, and always will be, a skill game. It could just be a much better one.

Last week it was announced that slot machine revenue for Ohio racetracks outhandled land based casinos in the state for the second consecutive month. That’s great news for racing, and for purses. Slots are clearly not going to die tomorrow, or next month or next year. However, the world is changing. While the stove is hot and the slot money is still here, it’s high time for racing – in Ohio and elsewhere – to take back the skill game market. I believe unlike slot machines, that market has a strong future. 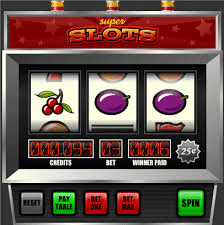