CHESTER, Pa–Jimmy Takter said it again yesterday, about 45 minutes before the Maxie Lee at Chester. Father Patrick was unequivocally the best horse has ever trained, a huge statement considering the plethora of superstars that have been under his care since he came from his native Sweden. But he knew that it was time for Father Patrick, who was very good, but not exactly perfect, last year, to back up those words on the racetrack. There could not be any excuses, not when a person of Takter’s stature had said what he has said. 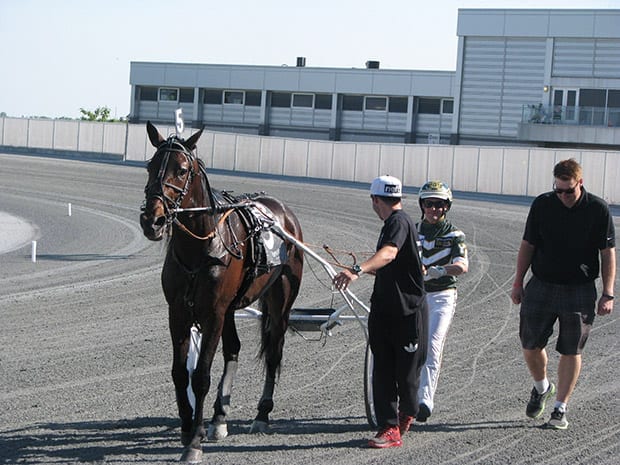