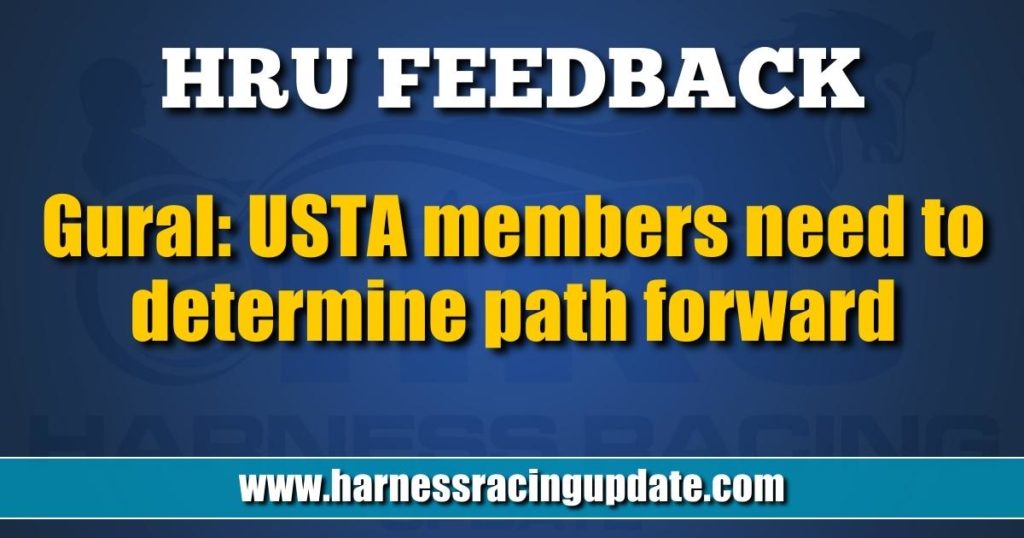 Next week Nick Surick will be the last of the major trainers sentenced for using performance enhancing drugs. I have been told that at some point the FBI will make public all the information they have gathered which may have not lead to arrests because they thought it would overwhelm the courts. Since the USTA is a membership organization I think it is time that the members decide whether they want to keep the status quo or do what I have tried to do and get rid of the drugs and create a truly level playing field. I had hoped that HISA (Horseracing Integrity and Security Authority) would accomplish that but the fact that the USTA has been so opposed is very discouraging and could put our sport in jeopardy.

Several months ago USTA president Russell Williams called me and I told him I thought I could get the law amended if he could give me the changes that he wanted. He set up a call with his lobbyists and she agreed that it was worth a try. I was hoping I would get language he wanted and I could go to work in getting the legislation amended. Shortly after that call, I saw an article on the website from Russell confirming that we had this discussion and that we had agreed to try to get the law amended if his efforts to try to get the law declared unconstitutional failed.

That was not part of the deal.

At that point he knew the Republicans had taken over the House so it would be virtually impossible for me to help get the law amended after January 1. Essentially, he was asking me to make sure that the law remained unconstitutional. My concern is that when all of the information that the FBI has gathered is eventually released it will be a terrible blackeye to the sport especially since the majority of the people previously indicted were all standardbred participants and in a few months we will have a half dozen major standardbred trainers serving time in Federal penitentiaries.

There are people out there who are lobbying to take away the subsidies that we receive and I am concerned that we will be giving them a huge amount of ammunition to make the case that the government is essentially subsidizing an industry that is dominated by dishonest people.

I think it is time for the USTA members to decide where they stand on this issue. As of right now it is obvious that the leaders they have elected are quite happy with the status quo since they were able to make sure that the original HISA legislation only applied to the thoroughbreds. I honestly believe 2023 could be a very bad year if we do not address the drug problem that in my opinion is still out there.