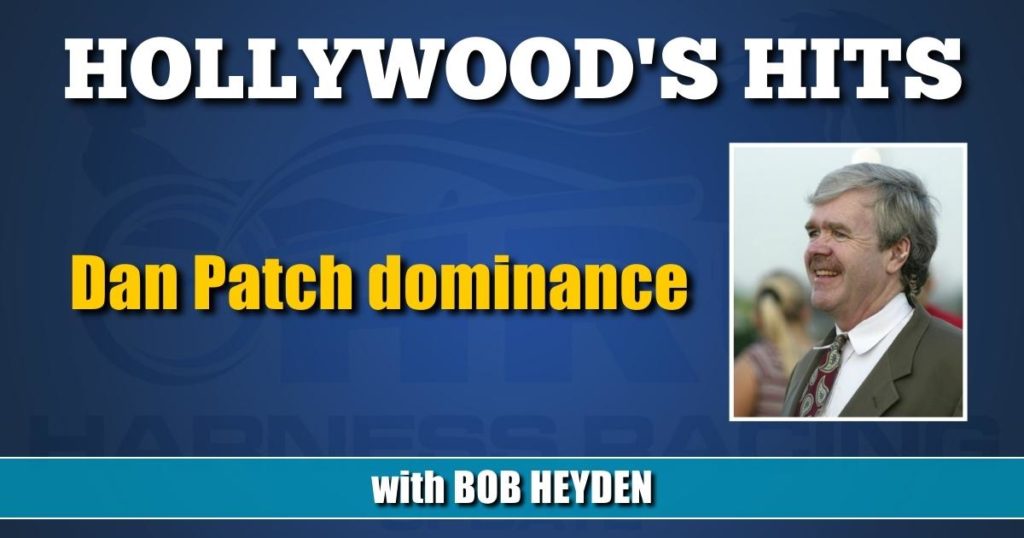 Given the high likelihood that Bulldog Hanover will completely dominate this year’s Dan Patch Awards, let’s take a look at certain horses and categories that were ruled by sheer dominance.

The two who got the most votes in any single year without any dissenters were:

On The Road Again, the unanimous choice for older male pacer in 1985 and Three Diamonds, the top sophomore pacing filly of 1982.

In 1973, Sir Dalrae had an easy time of it getting 187 of the 216 votes. The interesting part was that the remaining 29 votes were divided among 14 others.

In 1982, Cam Fella won the first of two Horse of the Year titles with a dominant season 28-for-33. He got 287 votes in his 3YOCP division, six voters actually said yes for Trenton.

How would you like to win a $1,561,000 race and not get a single vote for your divisions award? It happened in the 2YOCP division in 1986. Jate Lobell got 296 votes, Redskin 12 and Cullin Hanover, the Woodrow Wilson winner, was shut out. No other 2-year-old race has ever gone for more than that since.

Eleven people actually voted against Genghis Khan for Older Pacer of the year in 1982, writing in Willow Wiper. Khan was the HOY runner-up to Cam Fella 164-48 after an epic season where he set the money record for older pacers and set and reset his own track record at Meadowlands (1:52.4 to 1:51.4). The only horse to do that since is Bulldog Hanover.

In 1961, Adios Butler won the Older Pacing division 112-1, which is especially impressive since it included the boys and girls. Countess Adios, the Cane/Messenger winner from 1960, got the other vote.

In 1998, Moni Maker won the Older Mare trotting category 220-1 and was on her way to back-to-back HOY titles, something that has not been repeated since.

Lindys Pride dominated in 1969 the way you would expect a Triple Crown winner to. He romped in his division 206-to-1.

In 1969, Overcall was a perfect 21-for-21 in the free-for-all, but when it came to the Older Pacer of the Year award, someone actually cast a vote for W W Smith.

From 1964 to 1972, three superstars dominated the proceedings and eight-of-nine HOY titles went their way. Take a look at the yearly tab in their DIVISIONS ONLY for Bret Hanover, Nevele Pride and Albatross.

1964 Bret Hanover 174 votes for him, four votes for Bewitch Hanover and three for Balenzano

1965 Bret Hanover 174 votes for him, two for Adios Vic, two for Balenzano and one for Tuxedo Hanover

1966 Bret Hanover 184 votes for him, seven for Adios Vic, three for Cardigan Bay, two for Murdock Hanover and one each for Dancing David and Speedy Play

1969 Nevele Pride 205 votes for the three-time HOY, one for Snow Speed

1970 Albatross with Harry Harvey 203 votes, one each for High Ideal and Springfield

In summation, the composite reads:

Nevele Pride’s 604 vote total are the most ever career votes for any one horse in the 75-year history of the balloting.

Niatross, was the only horse to sweep his division in back-to-back years — 237-0 at age 2 in 1979 and then again in 239-0 in 1980. But, a writer named Mueller said no in the HOY ballot of 1980 preventing the greatest horse of his generation from becoming the only unanimous HOY. French Chef got that vote. Who were the horses who got votes against Niatross in his 13-for-13 HOY race of 1979? Here’s the list: Hot Hitter 60, Try Scotch 24, Sonsam 9, Chiola Hanover 6, Abercrombie 4, Rambling Willie 2 and Classical Way 1.

Bulldog Hanover will be this year’s HOY, but who was the first “Hanover” to get HOY votes? In 1948, Demon Hanover, the Hambletonian winner, was second in the HOY race. Egan Hanover was seventh in the second year of the voting. Rodney won the title 398-to-340.