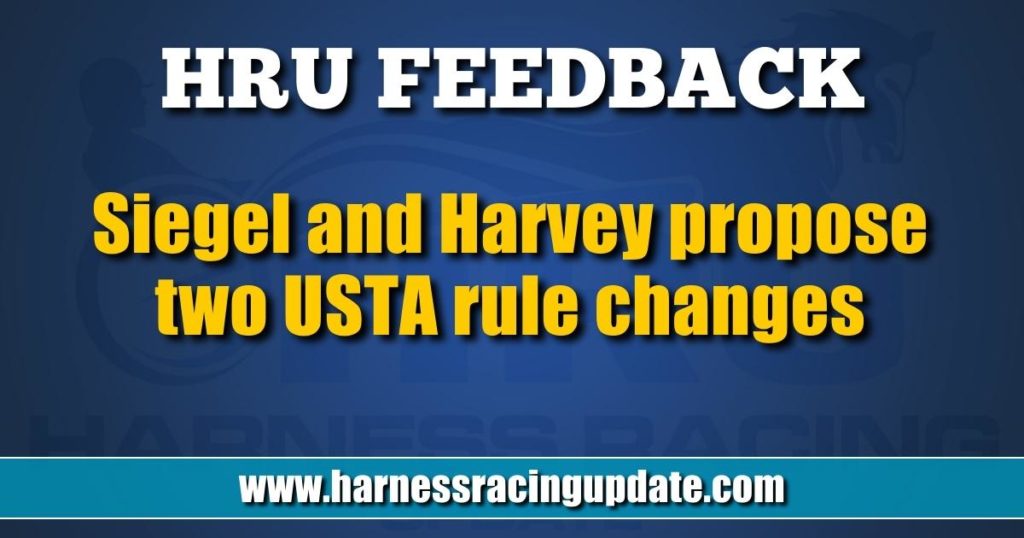 We write today as USTA members who have proposed two rule changes to improve civility and transparency in the conduct of USTA business We ask them to consider the benefit of these changes and contact their directors to seek their support.

Rule change 1 – targeted at simple civility [Bylaw article 12, section 3]. Proposed is a simple one word change; to extend protection from harassment and abuse applicable right now only to directors and USTA staff, to also include approximately 17,000 USTA members.

The new rule simply includes members as indicated below with the underscore, “No director or officer of the association shall abuse or harass any other director, officer, member or any agent or employee of the association.” The bylaw goes on to describe harassment, including slurs, name calling, intimidation and committing or threatening physical violence.

Rule change 2 – targeted at simple transparency [Bylaw article 10, section 10.05]. Proposed is a simple change to record all board votes electronically using readily available software/apps (about $150 per year, and works on all smart phones and tablets), rather than by voice or a show of hands. The purpose is to speed up meetings (voice roll call votes for 60 people are slow) and to have a record of how directors vote so the members that put them in office know how their directors have voted.

The new rule would be “Rule, Bylaw and Resolution Voting. All votes regarding rules, bylaws and/or resolutions shall be made electronically, with said results made available publicly.” {Note – USTA will use properly licensed or purchased software to track such voting}. The current rule only requires a roll call vote when asked for and five board members vote in favor of the roll call vote.

This updated rule will add speed to the meetings (roll call votes are very, very slow), accuracy (voice votes or a raising of hands votes can be inaccurate), and most of all transparency – so every member can know how their directors have voted on each issue. A director should never be able to hide the way they vote from his or her constituency. Transparent voting is a pillar of representative democracy and is practiced from the halls of Congress to the local school board to Little League boards around the country.

In closing, there could be no objection to logical, no or low cost, no down-side and fair proposals that ensure civility and transparency. Surprisingly, only three of six district meetings held to date voted to accept both proposals. Others have opted to reject or table the proposal and one voted against both proposals.

We were clearly wrong, thus far, in thinking these were no-brainer-to-accept proposals. In a time where we are more under the microscope for industry misdeeds (referring to recent imprisonment for a number of cheating trainers and vets), how can we not be more transparent and civil within the director’s group in setting a proper example?

We are hopeful that USTA members will let their directors know their thoughts on these proposals [click here] by contacting them directly at [www.ustrotting.com/directors/index.cfm], in which contact information is contained in director bios.

If I read it correctly harness racing once again had an opportunity to invest in itself, build something to lead to future success and some independence.

Sadly, it was another example of our industry being short-sighted and misallocating funds, unfortunately most horseman only care about the next race and paying that months bills.

I would expect that a unified industry with a cohesive plan and one central decision making team would not have made this mistake.

Of course, most of us know where to go to watch and or wager on any races, but as Dean rightly points out soon that will be the only option, no secondary exposure to people who may be on other shared sites wagering on other sports, in other words another door closed to growing the sport rather than watching it slowly decline.