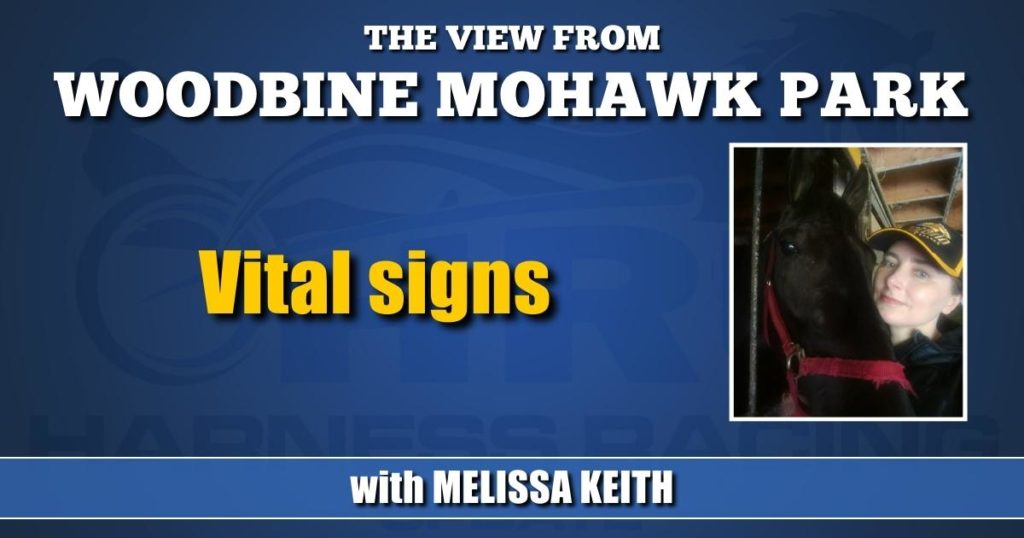 Trevor Henry on Warrawee Vital, the fastest Canadian-based winner of 2022.

“When he makes front, you just kind of let him do what he wants,” Henry said. “I just let him roll along. It was a nice night and the track was fast. He went a big trip.”

“Yeah. I was trying. I said to [trainer] Rob [Fellows], if there wasn’t so much wind in the stretch, he would’ve been close to the track record.”

On July 30, “Vital” and Henry shaved another 1/5 of a second off their 2022 record, blasting to the top at the :52.4 half, hitting three-quarters in 1:19.1, and staying ahead of fast-closing Wheels On Fire down the stretch. The 1:47.1s victory equalled Always B Miki’s all-time Canadian record for pacing stallions, set June 18, 2016, and his own personal best.

Tonight (Aug. 3), Great Memories will be recognized by the Canadian Horse Racing Hall of Fame as its lone standardbred equine inductee for 2021. Her breeder, Jim Bullock of Erin, ON, owns and operates Glengate Farms and will also be inducted for his work as an industry builder. The mare’s 2021 yearling, Warrawee Youknow, is a full sister to Warrawee Ubeaut and brought $120,000 last year at Harrisburg. Her 2022 yearling is another full sister, named Warrawee Jeannie.

“It’s bred into them,” said Henry, remarking on the qualities of Great Memories’ offspring. Warrawee Vital “comes from a high-speed family and he has the ability. He’s a Captaintreacherous, which is a great horse, and he has a great gait. He’s just a good horse.”

Warrawee Vital needs nothing special, equipment-wise or from his driver: “He just wears the normal… nothing flashy… He’s the type of horse, once he makes front, you just let him roll along. You don’t really take much hold of him or anything. You just let him do his thing. He’s got a great set of lungs, and he just goes so far. He doesn’t get tired, he just keeps going.”

The two have been teaming up since January 2020, when Warrawee Vital started the year with a three-race win streak at Mohawk.

“It was in a series [Snowshoe]. Louis [Philippe Roy] had to book off him for another horse, and I just happened to pick up the drive. He was starting racing, and some of those horses, it takes them a few starts to find their way. Once he found what he was supposed to do, he hasn’t stopped.” They finished second in the Snowshoe Series final. Two and a half years later, Henry summed up the partnership: “He’s a professional. He knows what to do.”

COVID restrictions prevented the Ontario-based driver from traveling south with Warrawee Vital in 2021.

“I was supposed to go drive him for the [Breeders Crown] elimination… Something happened with my [COVID] tests and I couldn’t fly out, so then James [MacDonald] drove him, and I drove him in the final” at The Meadowlands, in which they finished seventh.

Now that Bulldog Hanover’s 1:45.4m world record has become the new 1:49.1 (Niatross’ historic Lexington time trial mark, the first sub-1:50 mile), speed must be put into context. Henry praised Warrawee Vital’s consistency – and that of the track where the stallion went undefeated in July.

“I think [speed] means something for a horse like him that races week-in and week-out. I know these other horses, they go big trips now and again. Not taking anything away from any of them, but this horse races every week and, you know, I think Mohawk’s a more legit mile than The Meadowlands… For instance, I saw horses come up from The Meadowlands [on July 28], 2-year-olds that were going in :50, and they never went even close to that [at Mohawk]… Until I see those horses come up here and go that fast… then I’ll believe it.”

Henry said he can see Mohawk’s track and Canadian record falling in the near future.

“I think so, if everything’s right,” he said. “You’ve gotta have the right temperature… no wind and all that, and that’s tough at Mohawk, because there’s usually a wind. But if it’s a nice, still night, I’m sure somebody will do it. There’s usually a little breeze in the stretch, like even the other [1:47.2s] night. You wouldn’t think there is, but you can feel the wind in the stretch.”

He told HRU he had never driven a faster race than Warrawee Vital’s July 23 mile… until July 30. But it’s unsurprising to Henry.

Bred by Warrawee Farm of Rockwood, ON, the pacer “has got all the tools” for success. “He’d be 16’2” [hands high] or something like that. Tall horse. This horse I would say is a little leaner, taller than Bulldog [Hanover].”

Some might argue that without big names like Jimmy Freight, sidelined by injury, Woodbine Mohawk Park’s top class is not as tough lately. “It’s maybe not as tough, but they’re all still pretty nice horses,” said Henry. “They race week-in and week-out. They’re like warriors. They’re pretty tough horses.” And the current toughest of them all is now the fastest, Warrawee Vital. “I like the horse and Rob and Yolanda [Fellows], they’re great people. They deserve that horse.”