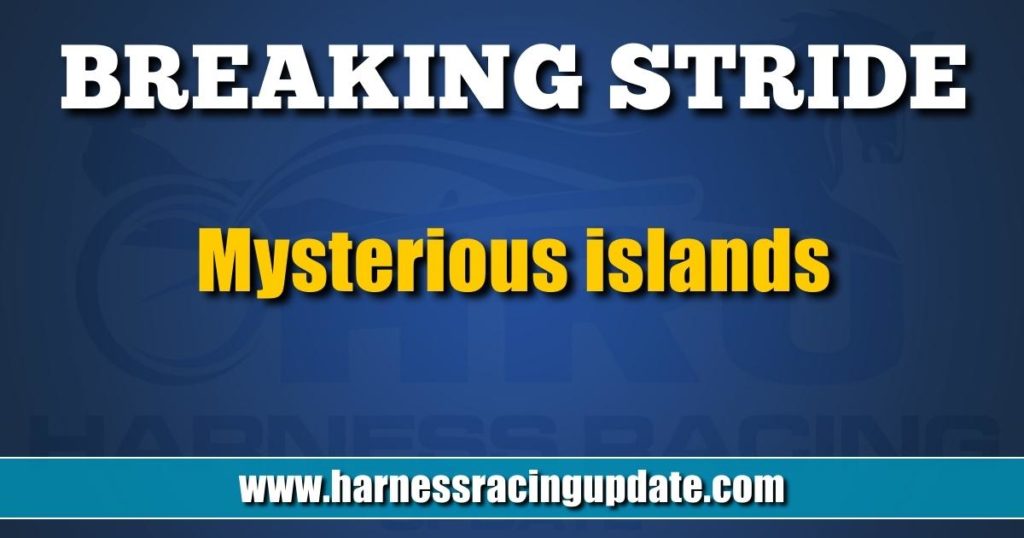 A good conspiracy theory usually starts with falsehood or exaggeration. Ears perk up, and minds then run amok. The conspiracy marinates in twisted logic and skewed factoids that support the exciting revelation. Bots, people, and algorithms push the “secrets.” Soon, the conspiracy sticks in some minds, and neither dynamite nor facts can dislodge the misbelief.

Horse racing is not immune from theorists. Conspiracies bounce around the backstretch and within the gambling public, fixed races, drivers intentionally holding back horses, doping, cartels, yada, yada. Here’s an odd one:

The teller of this tale was a pirate. We shared flagons in a dark tavern off the Gold Coast in the winter of 2019. Deep into his cups, the pirate let down his guard. I put quill to paper the following day.

“My Captain, MYOB, ‘tis a gambler and a blackheart. He plays many sports, including harness horse racing. He often wagers thousands of dollars on a race. He considers himself a professional gambler. He be sharp as a new dagger.

“Captain MYOB fancies that on a level sea, he was a smidgen smarter than other gamblers, say five per cent smarter. However, Captain MYOB was not daft enough to believe he was smart enough to win money fairly. Like any big gambler, Captain MYOB understood that his hefty wagers would anchor down his odds in smaller pools. His swag would be subject to taxation. Sweeting his bets from outlets or racetracks would help a whale of his ilk but not enough for his liking.

“This pirate captain is not a stickler for the rules of the seven seas. He has spent his life cutting corners, finding loopholes, offshoring, sheltering, and doing dubious deeds to amass and protect his bounty.

“Ya sees lad, the captain had an itch to play the races against fellow pirate captains, but he did not like his odds, he did not like them at all. So, he found a swindle on another shore, on the other side of the gambling line.

“A hornswoggle at heart, Captain MYOB was familiar with the mystical Island nation of Melentiana. He had never sailed his ship to this flyspeck of a nation, but much of his money had spent time in the friendly tropical breezes. Melentiana is a stomping ground for pirates, so Captain MYOB signaled Blackie Bookman and Wire Walker for some swindling.

“The crew of blackhearts got to work. Quicker than you could drop the gangplank, the pirates of Melentiana rounded up a pod of horse race gambling whales who did not mind swimming in dark waters, waters where 90 per cent of the gambled money gets returned.

“They bought high-tech gear and opened a small, discreet island bank that even accepts bitcoins and doubloons. The ruler of Melentiana, King Kockamamie, is very happy with a one percent “hosting fee” because this is much more income than the previous GDP of his nation from the sales of hand-painted sea urchin keychains. Pirates who set up and maintain the highly encrypted Virtual Private Network share the rest of the bounty.

“Most people have never heard of Melentiana. This is no an accident. The pirates advised Captain MYOB and his fellow whales to play their races incognito, keep their operations anonymous, and avoid the prying eyes of the authorities. They understand that technically, well, totally, their ways of playing may not be legal.

“The pirates are not shivering at their timbers. They know that gambling laws in the Internet world are a bit of a muddle.

“The seas may be angry, but they are very wide and very deep with floating boundaries. King Kockamamie will never raise much of a fuss. Prosecution from other realms will be difficult and has not happened since…well…ever. More worrisome for the pirates of Melentiana is that they may need to relocate to the mystical island of Papaponetiami because the rascals of that island are offering the great gambling whales a 91 per cent return.

“Finding Melentiana Island is not an easy task. Controlling the pirates is not an easy task. Pirates are shifty characters, always on the move, always stealing, always unscrupulous, and constantly burying chests of ill-begotten treasures. Pirates also have a rich history of sending innocent victims to Davy Jones’s locker.

“Well, that’s my tale. A tale that may just be another of those wild conspiracy theories — or maybe not. But horsemen, keep a sharp eye on the horizon.”