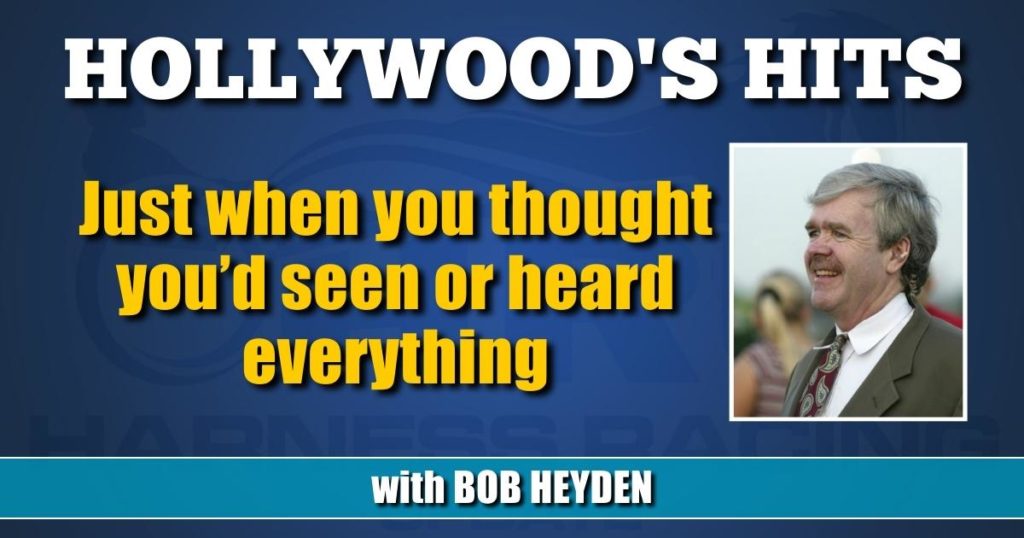 Just when you thought you’d seen or heard everything

How a clueless bettor walked off with over $4,600 from mistaken Kentucky Derby wagers.

For all of you who have a Top 5 racetrack story get ready to toss one of those overboard.

On June 2, shortly after noon time at Harrah’s Hoosier Park, I was cashing a ticket. I was the first on line as the lady opened and she had to call for some money. So, I gladly stepped off to the left and waited.

Most people in the first 20-30 minutes are betting and not cashing so it would be a couple of minutes.

A woman steps up to the same window — the only window actually — and fumbles through her pocketbook for a few seconds and comes out with a semi-crumpled handful of a few tickets.

As she’s getting them out, I told her she can always check them in the machine by simply running them through.

She tells the clerk that she was leaving the casino and she remembered she had a couple of tickets that she had bet a while back and wanted to see if anything was good.

‘Wait a second,’ I said to myself. ‘That is the win price on Rich Strike. Did she have the Derby winner?’

Next ticket goes through. I forget the exact total, but around $300 — $2 across the board on Rich Strike?

Now I had to say something.

“Wow. Nice picking. Are those tickets from the Kentucky Derby?”

‘You know, the big race in Kentucky the first Saturday in May every year.”

“Oh, I don’t know anything about that. I just put these bets in for my girlfriend.”

Squealing would be an understatement as to the next sounds I heard. She had no idea these tickets were worth this much — or even good at all. Over $4,600 altogether.

“How did you wind up picking Rich Strike — and the exacta? He wasn’t even IN the race until Friday?”

She didn’t know the horse’s name or the race. She was just reading from the numbers given to her.

I asked her when she bet it?

“I know it was a Saturday because I was off. There were so many people here I bet it and took off.”

Then, I asked about her girlfriends reaction and was curious as to how they came up with the winner.

“She never said anything. I just bet it and that was it.”

“But, wait. What about after the race. There had to be some hootin’ and hollerin’, right?”

Really? How on earth could this be? The most improbable winner in our lifetime in the Derby. Was she married to someone named Rich for 21 years? Anything? And on top of all that the exacta, too.

Shaking my head-the lady was about to walk away and left something at the window. Not her money, but a napkin with the numbers on it. I just handed it to her and she was talking to somebody else so I had to wait there a few moments. The napkin was smudged — kind of like when you write down a phone number and have a lemonade next to it that seeps through. I was still holding it and looked again and again. Closer.

I had one final question I just had to ask. I would not tell her that it really was 2-1-3-10. That didn’t matter anymore.

Like I said: you just can’t make it up.