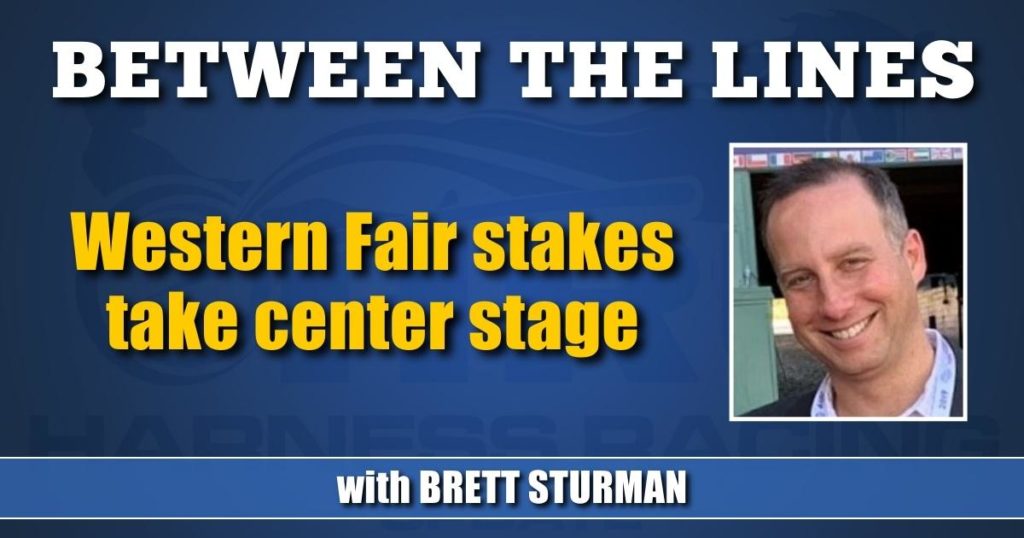 Plus a testing of faith with the reigning Horse of the Year.

After a hiatus, the Camluck Classic and Forest City Pace draw star power tonight (May 27) as attention turns to The Raceway at The Western Fair District in London, ON. Plus, a final word on Test Of Faith from last week’s Meadowlands open.

The signature event at London makes its return for the first time since 2019 and draws a highly competitive field of free-for-all pacers. The race came up impressively strong, particularly when compared to the competing Commodore Barry Pace at Harrah’s Philadelphia the same weekend for horses in the same older pacing division.

Except for morning line favorite Jimmy Freight (6-5), every horse in the Camluck Classic has raced exclusively this year in the states, up until a FFA at Woodbine Mohawk two weeks ago that a few of these used to prepare for this race. And representing the best chance from that U.S. contingency is that of Tattoo Artist (9-5).

Tattoo Artist looks for redemption following unfortunate circumstances when well-supported in the Borgata Pacing Series final at Yonkers one month ago. He returned to Woodbine two weeks ago and raced well, though narrowly defeated in a fast time. In that race, he yielded after making the front to American History and sat right in behind that horse through recent uncustomary fast fractions of :54.1 and 1:21.2. He eventually breezed past that rival, but perhaps had too much taken out of him prior and had to settle for second; having the post edge on his primary threat could be decisive.

What an amazing comeback story that continues for the 7-year-old and former O’Brien winner, Jimmy Freight. This Jimmy has been as automatic the last two months as the Jimmy from Hoosiers, and in winning his most recent FFA, equaled his career best time of 1:48.1 taken from three years ago. He did benefit in that race by being able to sit well off a hot pace before launching his rally once ready, but he still needed a final quarter of :25.1 to get there and remains in sensational form; feel that he almost has to leave from post 5 in order to have his best chance.

Funatthebeach N (9-2) is just a couple of races removed from his upset win in the Borgata final and Stratton is the only U.S. driver that’s made the trip up tonight for this race. Things did set up for him that night at Yonkers, but some form of a speed duel isn’t out of the question in this race either; he was closing willingly last out alongside Jimmy Freight. This Is The Plan (2-1) seems like a wild card from the second-tier post 8. I thought he was somewhat hit or miss throughout that Borgata series and wasn’t surprised that he was allowed to make front in that series final. He comes off a fast mile last Saturday at the Meadowlands when all the times were fast; was able to hang on for second in that race following a pocket-trip to the winner and figures to be given a good steer from Trevor Henry.

Poseidon Seelster (3-1) did win a Borgata leg in early April, though overall would seem a step behind the top couple. However, the rail here can obviously be a huge equalizer. Twin B Tuffenuff (4-1) is another that has the benefit of an inside post but this is a tall ask. Ocean Rock (8-1) upset in the Breeders Crown to round out last year and he was one of the best FFA horses in the sport at one point last summer; doesn’t seem to be done any favors though from post 6 while making his first start since last November. The post would seem to be the final nail in any chances that American History (15-1) would have had.

In the open fillies and mares counter to the Camluck Classic, the $50,000 Forest City Pace returns to Western Fair for the first time in 10 years.

Gia’s Surreal (2-1) won the Bluechip Matchmaker consolation three races back and overall has proven over the past three years to be one of the better open mare pacers in the sport. Likely the class of the field, the advantage of an inside post here cannot be overstated enough.

It’s hard to knock the 2020 O’Brien winner So Much More (8-5), though she’s going to have to be used early from this post. She was game last week in winning after being parked for nearly three-eighths of a mile to make the front, though I’ll note that second-place finisher from that race Kickupyaheels N came back flat next out for what that’s worth. Tough field tonight.

Dabarndawgswatchin (3-1) enters in decent form and will have her cause further aided by the inside post. She probably should have won last week after having first run to go past a longshot leader but was caught by She’s Nun Bettor N (5-2) who had a similar carefree trip. That 1:50.3 win from She’s Nun Bettor N ties So Much More for the fastest win in Canada this year by a mare pacer, these two may get into it with each other early.

Dream Dancing (8-1) is the other Moreau-trained mare in here (She’s Nun Bettor N) though seems outmatched on paper. The same could be said for Snow Shark (10-1) who was in lower-level conditioned races not too long ago. Karma Seelster (4-1) took a fast mark of 1:51.1 at Yonkers a few races back when winning a Matchmaker leg (one of two she won in that series) but seems like she’d need a few things to break her way to have a chance. Major League N (6-1) folded last week as a longshot; I guess could be up close early from the second tier start.

A TESTING OF FAITH

What occurred in last Saturday’s $31,500 open for fillies and mares at the Meadowlands shouldn’t be let off the hook without mention, as what transpired is inexcusable.

In the race, Test of Faith – the reigning Horse of the Year – was sent off at odds of 1-9 and, from the onset, was placed in a highly disadvantageous situation. Having inexplicably taken back to last in a field of six, all she could do was close belatedly to just get up for second.

Last week, fellow HRU columnist Debbie Little wrote a column which is now ironically named, Bettors Beware. The column had to do mostly with the ongoing tuck/no-tuck debate at the Meadowlands, but that same column did touch on Test of Faith.

In Test of Faith’s first race of the year on May 7, there was similar outcry when she was taken back to last in a full field of 10 as the even money favorite. The difference is that was her first start of the season. It’s widely known that a horse in that situation will take a start to re-acclimate and anyone who knows anything will take that into account if they wager on the race.

But then, in her next start, which was a leg of the Graduate, Test of Faith quarter moved to the front and won in 1:49.4. Now in her third start back on the heels of a Graduate win over better than what she raced against Saturday, what could possibly be the justification for not making any attempt to move forward off the gate as the 1-9 favorite?

To make matters worse, with hot and humid temperatures, the track was playing highly souped up. Times were lightning fast, and the winner of every race the entire night was won by horses forwardly placed.

It might be lazy on my part to try to make this correlation, but handle on harness racing this year is down over 13 per cent from last year. You see races like this, and I’m surprised it’s not down 50 per cent. If there is going to be some predetermined strategy that clearly would go against any semblance of normal expectations, then that should be communicated to the judges and then to the public beforehand. Either that, or simply have the horse removed from the wagering for that race. In any case, this really shouldn’t be allowed to continue.