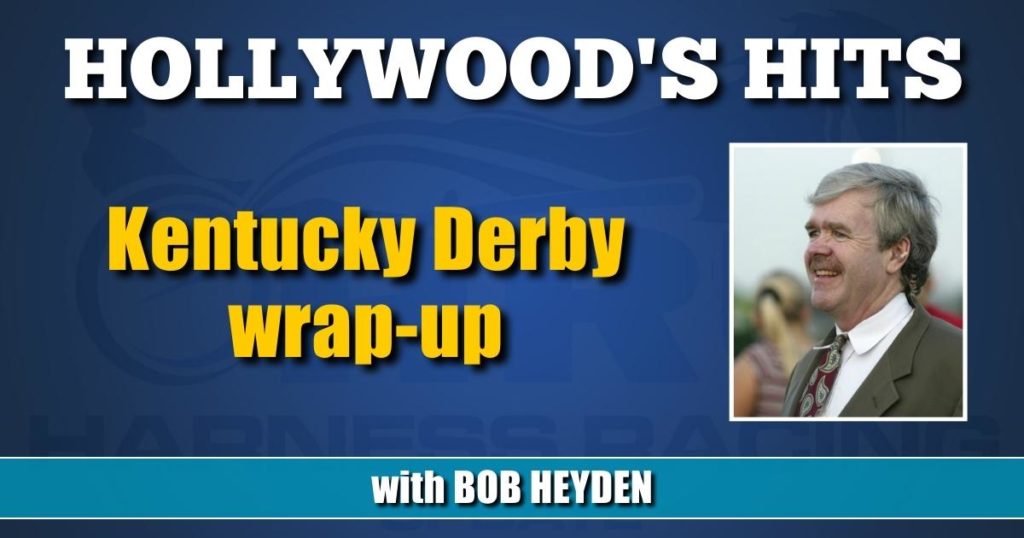 He was the longest shot in the field.

From post 21 the chart says he broke out of the gate and started with a few bad steps.

Jockey Sonny Leon then pulled off a Calvin Borel-type performance.

Standardbred racing has some claiming history of significance, but not like this.

In 1984, Historic Freight won the richest Hambletonian (at the time), but just two months earlier was in for a tag of $52,500 — with no takers — at the Meadowlands. He wired the field and was immediately taken out of claimers by Skip Lewis and Benny Webster.

In 1979, Fight The Foe was a lower level claimer at Liberty Bell for Phil Tafone, Jr. He then went to the Meadowlands and was taken a record six times that year-working his way from the claiming ladder to the highest pacing classes. He wound up his career as the all-time highest-earning horse without a stakes win, with over $800,000 made.

Day In A Life remains the only Meadowlands Pace winner later to be claimed.

Thoroughbred star John Henry was in for $20,000 on more than one occasion in the late 1970s, with no takers. He went on to the all-time Cinderella career winning the first ever million-dollar race in horse racing history — the 1981 Arlington Million. He was voted Horse of the Year, too. Then, at age 9 in 1984, he was again HOY and took down an all-time bet of $6.59 million upon retirement. He never did race again after taking the $400,000 Ballantines Classic in 1984, which also carried a $500,000 bonus. His earnings record was not topped until 1988, by Alysheba.

I mention those numbers with some emphasis because I touched on this a year back and it deserves mentioning once again — big time.

Somebody want to tell the management at Churchill Downs that even though Derby Day is wildly successful, there’s absolutely no need to exclude some of your simulcast public on these two days (Oaks Day, too)