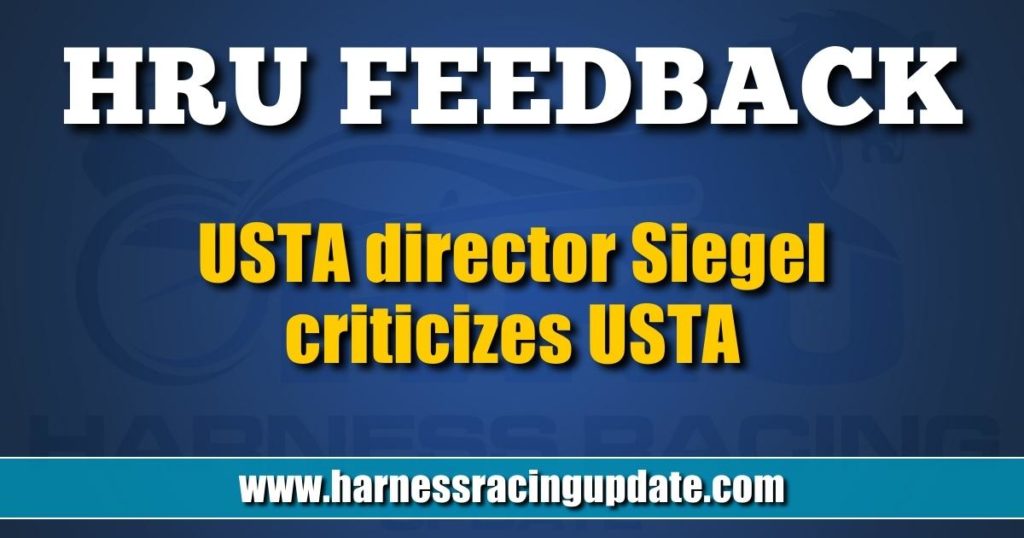 Last week, the USTA, in its online newsroom, posted an article titled “Texas District Court Dismisses HISA Constitutional Challenge” with a byline of sorts, “April 1, 2022, from the USTA Communications Department.”

Let me be clear that I am a supporter of HISA (the Horseracing Integrity and Safety Authority) which lands me in a minority of USTA directors. I have no issue with the fact that the board support HISA as our board is based on fair democratic principles and on this one, I have a dissenting opinion.

That said, I have huge problems with the aforementioned article. Most importantly, other than the first two paragraphs which factually state how the case was resolved in the district court of Texas, the piece is an editorial, not news. In addition, it clearly was not constructed by the USTA Communications Department, but rather drafted by an attorney quite familiar with the dispute. My best guess is that attorney is Russell Williams, our president. Whether or not he is the author, I would strongly surmise he approved this editorial masquerading as news.

The difference is that news is supposed to be fact-based. I would have no issue if this were placed in some other forum where opinions are expected and belong.

Another big picture issue is that the site is aimed to inform the USTA members and anyone else interested in standardbred racing and other standardbred activities. Using the news section of the site when it goes beyond fact (and not clearly labeled as such), is problematic in that it does not allow for dissenting opinions. An editorial section of the site with op-eds is perfectly appropriate for debating major issues such as this.

However, even if the USTA feels that there is no room for opposing views on its site; it should not effectively broadcast propaganda masquerading as fact on its news page.

That is my OPINION.

As a harness racing gambler since the days of Joe Marsh, Jr. and Dave Magee (of Midwest lore), I read with interest Debbie Little’s question on the “pale” of amateur racing (Read here). While I’m not sure the question posed was answered, I can say —not because of amateur racing. I have learned that serious gambling is more rewarding when betting pools are deep in cash like the Gulfstream thoroughbred winter meet.

On the profitable days that lingered over to Meadowlands racing, I initially ignored the amateur races and chalked them up to post time lag. Having known of Mark Silva’s travels from Cali to the Meadows to the Meadowlands, I pitched a heavy bet (no pun intended) on Silva the “A” driver against the amateur drivers, and he clicked. Since then, while still preferring the Meadowlands best, I gradually saw opportunity in the amateur races, rating the drivers, post positions and the betting pool (not necessarily past performance lines). Little notes that about a third of favorites win these races. My guess is over time these favorites have yielded much better payouts than a typical piping hot odds on favorite. So I have begun to pay more attention to these races as gambling opportunities. Amateur races pose more gambling risk, but can yield greater reward. Let’s just avoid pro-am races as past events, such as at Yonkers, will send the faithful to the exits.