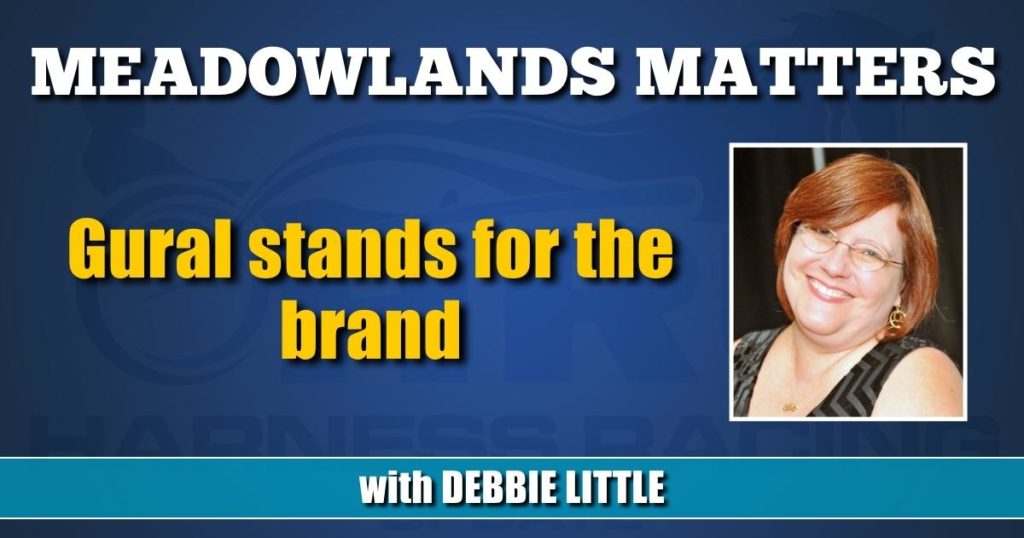 Gural stands for the brand

In the often contentious issue of microchips vs. freeze brands, the owner of The Meadowlands is opting for both.

There’s a singular and simple question at the heart of one of the hottest topics in harness racing right now: Is your horse’s life worth $40?

A pair of $20 bills is what it currently costs to have a horse freeze branded by a United States Trotting Association (USTA) technician. Many believe that the freeze brand is the best identifying marker for saving their horse if it ends up in a kill pen.

Is it a 100 per cent guarantee that the brand will save your horse? No. But Meadowlands’ president and chief executive officer, Jeff Gural, believes it’s a small price to pay to possibly save a horse. In addition to microchipping, he will also have all of his foals freeze branded.

“I don’t want to see a horse that I’ve bred end up in kill pens,” said Gural. “I think that’s the biggest reason for [doing both freeze brands and chips].”

Until the last few years, freeze brands were the USTA’s required form of identification to race, but now that the microchip has become the international equine standard, brands have taken a back seat.

According to USTA president Russell Williams, at some point the United States Department of Agriculture started a program where they were going to identify every animal in agriculture using microchips.

“I’m going back a ways, but it was looking like we were going to have to do all the horses anyways,” said Williams. “So, we started looking around at microchip options and then, of course, they dropped the USDA program, but the USTA stayed with it and it looked like a good way to identify. And what we came up with I think everybody was pretty happy with.

“So, I do like microchips and I think they are the best form of identification we’ve come up with. I don’t think we need both.”

As they did in the past, the USTA still includes their required form of identification – currently the chip – as part of their registration fee, but if you also want to have your baby freeze branded at the same time, it will cost you the aforementioned $40.

Unlike countries such as Australia and New Zealand that will no longer offer the freeze brand as an option, the USTA still does for that fee, which compensates their technicians for their additional time and effort as well as the expenses for supplies, including liquid nitrogen and dye.

If $40 a horse seems like a lot, it’s considerably less than what’s offered in Canada, where for one or two horses at the same location, you’d be paying a little over $102 (USD). The price North of the Border does decrease as the number of horses increase, but even at six or more in one location, it’s still around $27 (USD) more per horse than in the U.S.

In 2021, about 10,000 horses were identified, approximately 8,000 of which were foals. Only 2,600 received a freeze brand and most of those were Amish, some of which are opposed to the chip due to their beliefs. Included in those 2,600 were 392 that were both branded and chipped. Nearly a quarter of those 392 came from Crawford Farms or Gural.

Michelle Crawford knows that everyone doesn’t concur with the course that she and Gural have chosen. She also knows that there are some that don’t care what happens to their horses after they’re done with them.

“There’s no other way to track these things. You’re making it so easy for them to go and slip under the radar. Why would we do that after all the work that’s been done?”

“I can see the issue of the kill pens and being able to quickly identify a horse and notify previous owners or breeders,” said Gural. “I assume the technology of the chip works, but I can see where if you’re in a kill pen, then what do you do? They may not let you walk in there with a reader.

“I’ve rescued a lot of horses out of the kill pens. If any horse I bred ever ends up in a kill pen, I will rescue the horse. I would hope most people would.”

“It’s important to me that people know that even though we’re a big operation, it’s very important to us that the horses that we’ve come in contact with end up in a good place,” said Alagna. “My mom owns two horses herself and one she bought was a yearling filly that’s 2 this year and she spent the money to make sure that her horses that she owns have a freeze brand. That’s not something that she had to do, but she wanted to do it, and I think that’s the way.

“I’m not saying get rid of the chips, I’m just saying every extra layer of protection to protect the horses that do so much for us [is important].”

Williams, president and chief executive officer of Hanover Shoe Farms, has always been a strong supporter of equine aftercare and continues to put his money where his mouth is.

“I get horses out of the killer pens all year long because I get a lot of those calls,” said Williams. “There are Hanover breds in there. There are ones that I’ve bred in there and I get them out.”

But this hot-button topic isn’t just about aftercare. It’s also about doing business on a daily basis.

Freeze brands on occasion could be difficult to read completely, but what’s the alternative if you can’t find the chip?

Alagna and Olive Branch Farm owner Chris Coyle have both had chip issues increasing their resolve to support the inclusion of the brand.

“I had gotten a horse in from somebody and I tried and tried and tried to microchip read this horse and we could not find it,” said Alagna. “We had to get two different machines and the third machine picked it up and the fact of the matter was we took the same two machines that weren’t working on that horse and they worked on other horses. So, I think it’s far from an exact science as far as what the microchips are. And I’m not saying that they shouldn’t have both, I just think it’s something that the horses deserve for identification.”

Coyle’s facility is known in the business as a turnout farm to the stars having hosted the likes of Atlanta, Foiled Again, Jujubee, Lou’s Pearlman and Party Girl Hill, just to name drop a few.

“A lot of these guys send their stakes horses to us for their winter vacation,” said Coyle. “And we’ve had a couple of horses come that were not the right horse. Really, you can’t blame anybody because without having one of these microchip readers and knowing how to use it properly, and checking every horse, things are going to happen like this. Whereas if they had the brand on their neck, with the four digits and a letter, a 3-year-old kid could tell that that’s the right horse.

“I’m not complaining about the microchips, I think that’s probably a good idea to have them in the horses, but what I want is to have the brands on them as well.”

No one contacted for this story was anti-chip. Indeed, most could see their potential as technology continues to improve.

A change has been proposed to Rule 7.06 which would require both microchips and freeze brands in order to race starting in 2023.

“If you’re asking me, what do I like as Russell?,” said Williams. “I like the chips, not the freeze brands. But as a director I think I have to do what’s right for the membership. And I’m going to wait until the meeting to make up my mind about that.”

Another change was also proposed to amend Article 1.01 (b) to add a new equestrian membership subsection.

If it passes, the fees from these new members could perhaps be put towards the $40 freeze brand fees, thus making them more economical.

“I think the $40 is being used as a cop-out instead of a way to make it happen,” said Alagna. “I think if the breeders were able to say we’d love to do it, we’re on board, but the $40 is an extra cost that we don’t want to absorb, I think there’s always a solution.

“And I think right now there’s no better time in our industry to have some positive news and I think this is something that would be a great thing for the public to see that we’re doing it.”