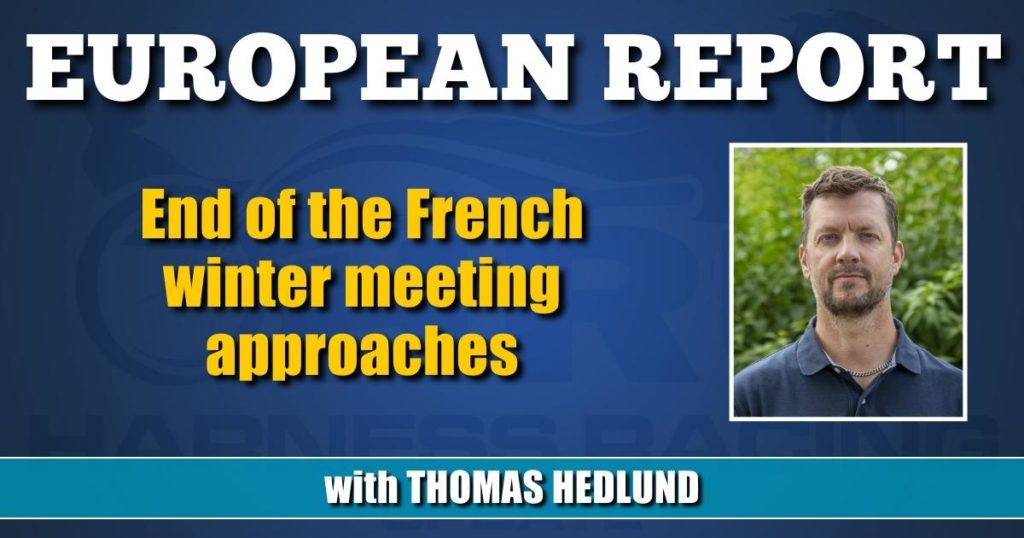 The $445,000 Prix de Paris over 4,150 meters (approximately 2.6 miles) was on Vincennes’ Sunday (Feb. 27) race card and the strongest horses in Europe at this moment battled in spectacular fashion.

The 2021 winner, Etonnant, and runner up from the same year, Diable de Vauvert (Prince d’Espace), proved to be the toughest in the 2022 edition.

Etonnant couldn’t defend himself during the race’s last 50 meters after a tough trip in front of the field and last year’s runner up got his revenge. Etonnant’s driver Anthony Barrier opted for an optimistic tactic, letting Davidson du Pont advance for the lead a mile into the race. Several changes in front were made before the field turned into the second lap on Vincennes’ big track and Etonnant was again seen in front with 1,900 meters to go.

Prix d’Amérique runner-up, Galius, took command of the field shortly thereafter and Etonnant could rest in the pocket while Diable de Vauvert got a perfect cover trip in second over. The attack from the latter horse was set in with 500 meters to go, but when Etonnant got his chance to leave the pocket, it seemed like he would be the winner. Diable de Vauvert fought back on the outside and claimed the victory in a Prix de Paris record mile rate of 1:58.

Leader Galius finished third and the Prix de Paris closed the Grand Prix-circuit for this season in Paris.

But there is still a big race remaining and on Vincennes’ last card (Saturday March 5), the $265,000 Prix de Selection is scheduled. The race is open for 4-, 5- and 6-year-olds where the youngest competitors will have a 25 meters advance.

Philippe Allaire-trained Hohneck (fifth in Prix d’Amérique), together with stablemate 4-year-old Italiano Vero, are the most merited trotters in the field but they will both have to fight hard to beat Thierry Duvaldestin-trained Idao de Tillard, who has impressed a lot in Paris this winter.

An exciting closure of the winter meeting will face the racing fans of Paris.

The next big event in French harness racing will be when Cagnes-sur-Mer on the Riviera plays host to the Criterium de Vitesse event on March 13. The mile race in Cagnes-sur-Mer is many fans’ vacation objective during the spring and the environment surrounding the track is something really special. A ticket for the Elitloppet at Solvalla is usually at stake and it’s not a wild guess that the winner in Cagnes will get an invitation to Sweden. Solvalla has already invited its first horse for Elitloppet this year. Title defender Don Fanucci Zet (Hard Livin) is the first horse invited for the big mile race in Sweden in May.